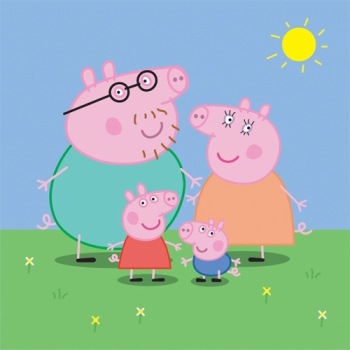 Well yesterday took me by surprise. I’ve been telling people how I’m dreading Jackson’s friends getting to that age where they start to compare themselves to others around them.

That age when they start to care less about Peppa Pig as a programme and more about why not all families are made up of two little piggies, a rather perfect mummy pig, a somewhat bumbling daddy pig, and two grandpigs that are still alive and well enough to jump in muddy puddles.

That day seemed ages off though. Until it wasn’t. And that was yesterday.

One of Jackson’s best friends, who has seen him a hundred times since Desreen was killed, suddenly asked the question yesterday.

Two adults froze and gawped at one another.

Jackson, a child 31 years our junior, casually looked up and replied, “She’s gone away, in the sky far away. She can’t come back.”

He then continued to play with his trains before moving on to a spot of colouring with crayons and inks.

Although I felt sad that he was having to explain why his mum was no longer here, I was also so proud of everyone who has had a role in delivering a consistent message to him. Sure, heaven has come into the equation for some people, ‘the sky’ has slipped in when it wasn’t quite the message I’d originally communicated, but the important thing is that my son can answer for himself. That he doesn’t follow a question with a question.

Although my heart breaks for him, I just can’t imagine how much worse it’d be for him if he was still asking all the questions himself.

I know every parent does but I just can’t tell you how much I love that boy.