It has occurred to me on several occasions that sometimes I might actually alienate the people I hoped to reach when I first launched this blog: other widows and widowers also suffering the often overwhelming pain of grief 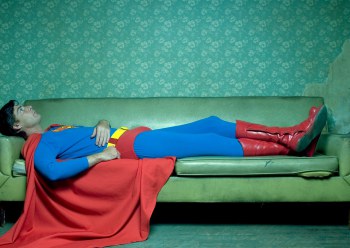 Until earlier this week, when I received a short Facebook message from a young widower, I was never quite sure why this thought troubled me. ‘You seem to be coping so well. I wish I had your strength,’ she said.

It can be difficult for anyone to see others appearing to be doing better than themselves. In ‘normal’ life this can create insecurities amongst family and friends around issues such as money, relationships, possessions and career success. For people who have lost their partners, the issues may also include the happiness of others; it can be challenging to be around happy couples (and perhaps even more challenging to be around unhappy ones). Personally I’ve always found it hard when widowed people tell me that they are X many years down the line and they are now doing great. The rational part of my brain tells me that this is a good thing and that it’s reassuring to hear that life can go on. The emotional part, however, can get a little caustic and spit out an unspoken comment like, ‘Well bully for you because I’m not!’

This lady’s message made me wonder whether certain things I’ve done since my wife died might actually have made some of the people I had hoped to help actually feel worse. Certain aspects of grief can be hard to explain so for this one I’ve chosen to go off piste with an analogy instead. When I take Jackson to a children’s party a big part of me absolutely dreads it. In fact usually the only part that doesn’t is my stomach because I know I’ll get to eat loads of things I usually try to avoid. Every other part of me dreads the comparisons that I’ll inevitably draw between Jackson and the other kids in terms of his development. I dread how he’ll behave knowing that he tends to have a really bad temper around people he doesn’t know. I dread the embarrassment I’ll feel when he demonstrates quite how much he loathes sharing. I dread what I might say to another parent if they say anything derogatory about his sometimes challenging behaviour because I’m fiercely loyal towards him and because I know what a tough time he’s going through in his confused little head. But most of all I dread seeing the other kids eating things like carrot sticks dipped in humous.

‘Timothy just loves olives. I mean, he can eat an entire pot from the Waitrose deli counter without even coming up for air. His absolute favourite variety is the Kalamata olive. What’s Jackson’s favourite type?’ I imagine another parent asking as I enter the room.

‘Oh, Jackson doesn’t eat anything green except for the icing off a Shrek birthday cake,’ I would reply before making my excuses to end the conversation.

I tend to find that it’s other parents that make me feel inadequate as a father. Given how challenging it can be you would think that there would be more solidarity in parenthood, but sometimes it just feels like a competition. Perhaps that’s because when you’re standing in a room with another adult you’ve never met, the only thing you immediately seem to have in common – apart from having a pulse – is that you both had sex once and that intercourse led to the birth of a child. And so that’s what you talk about (usually the child rather than the sex, but it’s something to think about for next time). Then it all turns into how many languages they could speak by the time they were three, what medals they won for their recent equestrian pursuits and how they were able to swim like Michael Phelps upon first breathing oxygen in the birthing pool. This sense of competitive parenting is probably not very helpful for anyone with any ounce of insecurity but when you’re raising a child alone because your wife has died and you’ve spent months with barely the motivation to get in the bath, it can be hard to find the drive to train your child to Olympic standard at the local swimming pool.

What I try to remember, however, is that you never get the full measure of a parent (or indeed any person) in just one conversation. Their child may choose fruit and vegetables over crisps and cakes at the buffet table but I’m always positive that they still have their meltdowns in the supermarket when they find the organic kumquats are out of stock. The fact is we only really tend to get a person’s headlines through brief conversation; we don’t see full copy beneath unless we get to know them well.

When this widowed lady wrote to me earlier this week I understood the impact that these personal headlines can have on the perception of others. From afar she thinks that I’m strong; being on the inside, I don’t. In fact I made it clear from the very first days of writing this blog that strength wasn’t important to me. Straight after my wife died I tried to prove to myself and to others just how strong I could be and I ended up hating the person I became. I was callous in some of the things that I said and dismissive of my grief. I tried too hard to act like Superman and it left me exhausted, anxious and, ultimately, depressed. I came to terms with the fact that I didn’t have to try to be a hero or prove myself to anyone. I let the grief take hold in the hope that I might be able to work through it if I stopped trying to run from it. I made up my mind to face whatever feelings came my way and to deal with them in whatever way felt appropriate at the time. Some days that meant not being able to find the will to get out of bed in the morning. Some days that meant sobbing myself into an emergency appointment with my GP in a reception packed full of people staring at grown man with tears violently streaming down in his face. Some days that meant getting ill from the anxiety of stepping outside my front door. Some days it meant drinking so much that I’d make myself sick. And every single day it meant writing.

It’s simple really; some bereaved people throw themselves at sport, some at alcohol, some at travel and some at new relationships. I chose to write things down. Some things I shared in great detail and others I didn’t share at all. Those who have followed our story from the start will probably feel like they know a lot about my son and me, but as many bereaved people will know, no one really sees the full story about how we feel unless they are on the inside with us.

In some ways I imagine that I share so much of what I’m going through to help try to convince myself that my son and I are doing okay. Perhaps the act of documenting each day gives me the opportunity to evaluate our progress and give some context to the confusion we’re both living through. But when I read that message the other day I quickly realised that nothing that I have done over the past year has been about attempting to be strong; it has all been about trying to muster the courage to be vulnerable. And that’s a hard path to choose – perhaps especially as a man – when society tends to dictate that strength is, well, a strength and vulnerability is a weakness.