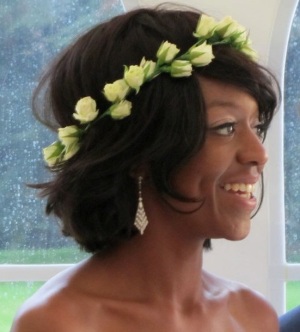 I always hate the idea of train travel with my son. It’s the not knowing how he’s going to behave that bothers me. I pray he’ll sleep for the whole three hour journey from London to the northwest of England, where my family lives, but it rarely works out that way. I guess I’m just one of those parents who dreads their child screaming the carriage down and disrupting other people’s peace, rather than one of those who simply thinks, ‘Well I’ve always had to listen to other kids doing it, so **** ‘em!’

Since my wife died I’ve been delaying the journey home. The Christmas trip was so unpleasant and my nerves were so frayed that part of me wondered whether I was putting it off indefinitely.

But today’s travels made me realise that there’s little point in trying to predict the behaviour of a toddler.

If I’d have had my way these past few months, some kindly chemist would have created Baby Nytol – a sleep-inducing, fluorescent pink, sweet and sugary tincture akin to Calpol – which I could use to sedate my son at will. But if they had, I’d have used it too freely and I’d have missed something wonderful today as a result.

I’d have missed the progress that my son has made recently.

I’d have missed him simply sitting next to me, happy enough in my company not to make any demands.

I’d have missed him just lying on my lap singing quietly and giggling at his own jokes.

I’d have missed him squeal with joy when he saw a field of cows through the window.

And I’d have missed him reaching for my phone to show the table of chatty women sitting next to us a picture that he loves.

“That’s my mummy!” he shrieked adoringly at them out of nowhere.

‘And that’s my boy!’ I thought, my breath taken away by the pride he confidently showed in the parent he’s not seen for seven and a half months. The parent he’s starting to understand that he’ll never see again.