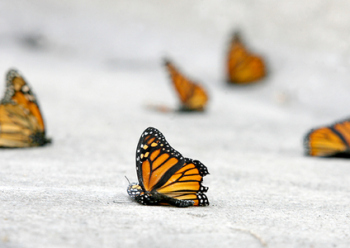 Some months after my wife died I realised that my son needed the sort of attention and affection that I wasn’t going to be able to provide whilst working full-time, so I resigned from my job to be with him. Not wanting to cause further disruption to his progress and development, however, I decided that he should continue to attend nursery a couple of days a week. On our days apart I would write and catch up on grown-up stuff.

Despite giving up my salary my decision appeared to pay off. Financial incentives made way for emotional rewards; I’m positive that we have grown happier together than we ever could have done apart. But I now also realise how important it was for me to find something other than childcare to occupy my mind. Without another focus I think that making the shift from having a consuming career to becoming a stay-at-home dad would probably have been too great a shock to my system. Writing filled the void left by my absence of work.

Two weeks ago I made my very final amends to a book that I wrote during (and about) the twelve months that followed Desreen’s death. My publisher sent a courier to collect my marked pages two days later and I then realised that, for the first time since leaving university in 2001, I was truly unemployed. Despite the horrific circumstances that led me to the position I now find myself in with my son, I’m as fulfilled a full-time father as I could hope to be. And yet it didn’t take me long to feel a little empty and discontented during the hours Jackson spent away from home. It wasn’t long before I made the decision to try my hand as a freelancer and fill the days he spent at play with some sort of work. Without realising it at the time, I’ve suddenly registered that this decision must have been really quite significant for me. It must mean that I feel ready to make a leap. It must mean that I can see a future that doesn’t involve trying to get back to my past. It must mean that the lethargy, disinterest and disengagement I’ve been feeling about almost everything for so long has shifted and made way for something altogether more motivating, stimulating and new. And I should probably feel good about the progress I appear to have made but, really, I don’t. In fact I feel something else entirely.

On the face of it this week has been really quite good: Jackson has been happy; I’ve found work; and I’ve had positive news, which, in normal life, would thrill me. But instead I’ve had this spasmodic feeling in my stomach, which, until now, I’ve found hard to define. After giving it much thought and identifying the sensation’s trigger as a kind of excitement driven by achievement, I realised that the feeling is a lot like butterflies – only not that good. These butterflies are definitely there but they don’t seem to have much life left in them. I can feel them flutter but only with the reflex of something that is fading quickly. They are many in number but instead of feeling light, excitable and invigorating, they keep weighing me down. They appear to be a morbid reminder of grief’s presence at times when it would be nice just to be able to feel good.

This is syndicated content from Life as a Widower.