I’ve heard it said that you should never read your own reviews. Having never written anything that was subject to public critique before I wrote my first book, however, I just couldn’t help myself. In sharing my story and opening up about grief, I’d set out to help others, and I guess I wanted to know if, on any level, I had. It was quite disappointing, therefore, to discover that I felt very little about any of the positive feedback I read. I imagine, deep down, I’d hoped someone could say something that would make my wife’s death seem less pointless. Alas, it turned out that nothing could – or probably ever will – have that effect. 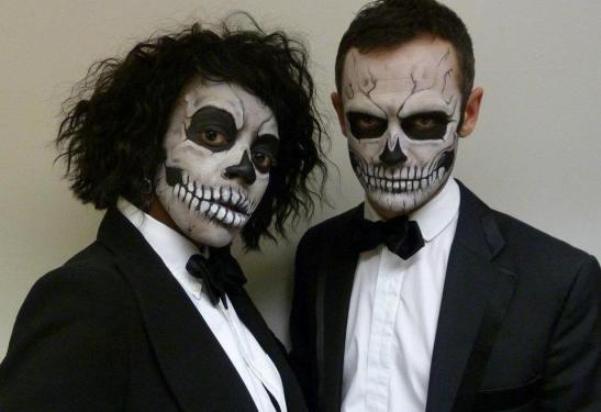 Sadly, I suppose, what people had to say about me did not leave me complete devoid of feeling. It would transpire that a certain sort of criticism stung more than I could ever have imagined.

I wouldn’t have cared if people said that I couldn’t write, or that the language I used was cliched or pedestrian, because I know that I have done very little to justify any plaudits for my use of the English language. I didn’t study English past GCSE-level and even then I was pretty unremarkable. After that I spent the rest of my education studying foreign languages and, if the truth be known, I’m not very good at them either. I’ve discovered that I find being praised for something I don’t feel I’ve put that much effort or energy into really rather embarrassing.

It probably harks back to a time in my life when I read the words, ‘Ben is showing great promise as a musician.’ This sentence was written in a school report by my music teacher some weeks after I first took up the trombone. The fact was, however much as I tried, I simply couldn’t read music. It made no sense to me whatsoever. And because I couldn’t read music, I couldn’t play along in the band. And because I couldn’t play along in the band, I faked it. I’d stand there pressing the buttons (or whatever the hell they’re actually called) and make faces like an overfed gerbil without ever so much as playing a note. The result was I felt like a fraud when I stood up and didn’t play in the band. And I felt like an even bigger fraud when my parents were told that I was good at it. All this time on, after years of guilt caused by a misunderstood brass instrument, I can clearly see the merit in fair critique and the long-tern effect it can have on your mental wellbeing.

Being criticised for something that means so much to you, on the other hand, can be a bitter pill to swallow.

‘He describes being surrounded by so many loyal, understanding, loving family and friends,’ a review of my book began, ‘ yet he doesn’t seem to understand how fortunate he is in that.’

I’ve lived with those words for six months and, truly, as I read them back now, they have little effect on me anymore. When I first read them, however, I remember feeling physically sick. I was being criticised for something I really did care about and for something I put a lot of time, devotion and energy into: my relationships with the people I love. It ripped my heart out to be seen that way at first and promised myself I would no longer read anything else that anyone else had to say.

Some days later, though, it occurred to me that what this person perhaps couldn’t know was that they were not criticising me, they were in fact judging grief. Nothing is more important to me than my family and friends but grief temporarily took that from me. Still now, having still lost my wife and the mother of my child, my grief makes me feel somewhat entitled not to count my blessings.

All day I’ve been wondering why I even feel compelled to share this anecdote so many months on, and I suddenly understand. It’s because as I look ahead at a weekend where Jackson and I will be alone at Halloween – a time of year that Desreen loved – I just want the three of us to be able to hang out together. I don’t particularly want to go anywhere else or see anyone else. I don’t want to feel fortunate to have friends I could visit or grateful for any potential invitations we might receive. I don’t want to feel like my life is in other people’s hands and I don’t want to feel like I have to accept that my independence has gone. Instead I’d just rather laze around the house with my wife and child, take things for granted out and have everything be normal again.

Perhaps the insight here is that only the misfortunate tend to be put under pressure to take any good fortune that remains into account. Maybe only those who feel like all their blessings have been taken away are told they must call a recount. That, you could argue, puts an awful lot of pressure on those who are surely justified in their feelings of hardship and dismay.

I suppose what I can say with hindsight is that fortunately none of my friends or family were looking for anything back from me when I had so little to give. Where our collective fortune lies is knowing that our loyalty, understanding and love aren’t in fact being reviewed. They are just being accepted for what they are, whenever they are and whatever they are going through.