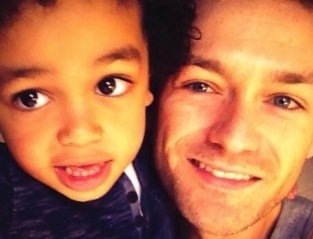 An article appeared in today’s Daily Telegraph about an issue that has been making headlines for several weeks – government plans to reform Widowed Parent’s Allowance (WPA). Currently the allowance is made available to widows below state pension age with at least one dependent child. It can earn a parent a £2,000 one-off lump sum and a subsequent maximum of £108.30 a week. The reforms will mean that from 2016 any parent who is widowed will receive a lump sum of £5,000 and monthly payments of £100 for just one year.

I’ve been very careful to present a story of bereavement and grief that is emotional rather than political or financial, and I intend to maintain that balance going forward. So today I’m going to try to explain the context of these changes on an emotional level. I’ll try to provide a little insight into what it’s like to be a 34-year-old father to a three-year-old child who lost his mum under devastating circumstances when he’d just turned two.

The myth of time

Next week will be the first anniversary of my wife’s death. It seems safe to assume that under the new plans from the Department of Work and Pensions (DWP) it’s time for me to pull myself together. Before my wife died she’d started her own business and I was the MD of a successful PR firm. We were looking forward to what only appeared to be a bright future ahead of us. Then on 10th November last year she was killed and everything changed in an instant. Our son was all that mattered to me and he still is.

Since losing my wife I’ve learned that time is not an emotional measure and that a year is not a heal-all medicine. The truth is I feel less able to assert myself now than I did the week after my wife’s death. I was in shock and that shock gave me an incredible amount of energy to get through. Now I think that perhaps I’m depressed. I lack the motivation for things that used to excite me or that used to pay the bills. I care little for material things and I find it hard to concentrate on anything other than my son’s wellbeing and our loss. The notion of ‘moving on’ is completely alien to me. I wouldn’t even know what I was supposed to do. Would it mean working harder than I already did to be able to support my son the way my wife and I could when she was still alive? Would it mean putting financial stability ahead of our emotional needs by being at home less? Or would it mean going out there and getting myself a new wife who could help me to put food on the table too? I’m not sure whether the latter would make me a modern man or more akin to the Victorian widower who was encouraged to find himself a second bride just after he’d buried his first.

It seems, however, that time is everything at the DWP. To claim the initial bereavement payment of up to £2,000, you have to inform the department of your spouse’s death within three months. ‘Why didn’t you call us sooner?’ I was asked about five months after the ‘deadline’. ‘Because I could barely string a sentence together and because, after having worked full time for the last 12 years, I knew nothing about benefits’, I replied. To be quite frank, at that particular time, I couldn’t have given a s*** about the money then either.

The news appeared in today’s Daily Telegraph after a collective of charity workers and lobbyists wrote to the paper urging MPs to reconsider plans to the reforms. The letter stressed that children’s needs can be greater in the second and third year after the death of a parent and that it is important for the surviving parent to ‘continue familiar routines’. I’m still twelve days away from the beginning of year two so I’ll have to speculate on this. My plan, however, is to provide the kind of care that my son had grown accustomed to when he still had two living parents. Once he started nursery, my wife and I ensured that we could operate a flexible working week, which allowed us to drop him off and collect from nursery each day. I want to be able to continue to do this when he starts school in just under two years. If I had taken the option of leaving him in full time nursery care and continued to work full time, I would in fact be in a better position to care for him right now than I will be when he starts school. It’s simple: the nursery day runs from 8am to 6pm whilst school is 8:30am to 3:30pm. To be the father I want to be to my son, I need options into the future and not just in year one. Perhaps the reforms suggest that I’m the unspoken kind of parent who lost his wife – the mother of his then two-year-old son – too soon. Sadly my family was never presented with any options for when this devastation would come.

I know from experience that grief often becomes marginalised the more time that passes, but I think this is further accentuated in children. ‘They’re too young to understand’; ‘It’s a blessing it happened when it did’; ‘They won’t know what they missed out on’ – all comments that young widowed parents might have to endure. But the reality is it’s getting harder to care for my son as he gets older. He’s more aware of his loss, he asks questions all the time and his behaviour has been negatively affected. He needs more emotional support than he did nearly a year ago when his mummy was first killed. And when I listen to some of the horror stories of children being bullied at school for having lost a parent, I look to a future where I can truly be there when my son needs me. The thought of asking my PA to take his calls or buying him a pony to make up for working late every night just isn’t an option for me.

I’m 34-years-old and I’ve lived my whole life under governments that have told me that my measure of success in life is to work hard and earn as much money as possible. And I’ve listened. I went to university and secured a degree. I started a job straight away, worked my way to the top of the ladder within 12 years and I married a woman with even more drive than me. But then one night a car drove into her and that ladder was pulled from under my feet. So now I realise that I’ll measure my success in life not by what I can afford to buy for my son but by the emotional support I can offer him. I just wanted to be a person who can say, first hand, that a bereaved parent and child aren’t fixed in a year.