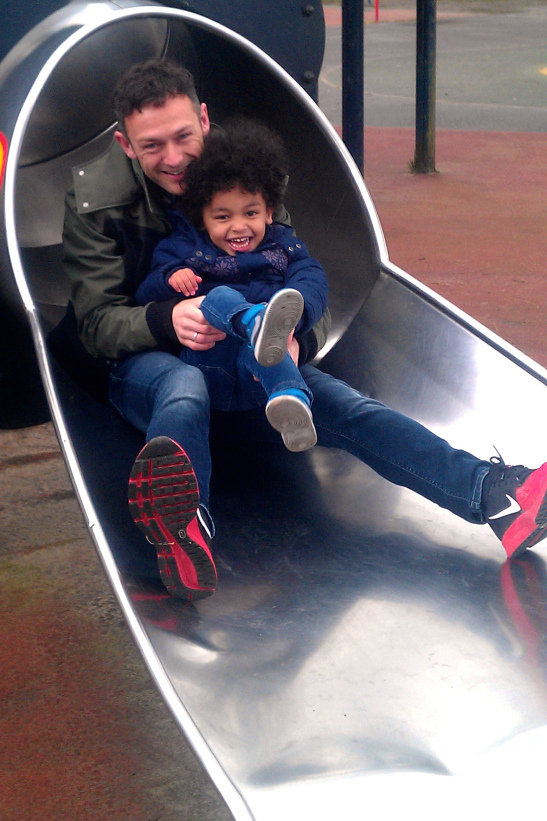 A few weeks ago when I was staying away from home with friends, I asked them if they ever get any genuine sense of satisfaction from their own personal achievements or professional endeavours. ‘Do you ever really feel proud of yourselves?’ I enquired. Both – one male, one female – replied, ‘Yes.’

I’m not sure I know how that feels. Over the last week I’ve acknowledged some things about myself that have taken me a long time to figure out. Initially I blamed my own lack of fulfillment on my wife’s death. I suppose I bought into the idea that a part of me died with her because I noticed that a number of my personality traits did disappear upon her death.

But then I gave it a lot more thought and what I came up with surprised me: I’ve slowly realised that I used to push out my chest, put on a face and feign confidence; I used to be quite self-congratulatory as a way of masking my own insecurities. Doubtless some people would have thought me genuinely cocksure, self-satisfied and perhaps even a little abrasive, but it was mostly just an act and an attempt to try to fit in and get ahead.

What I’ve realised in the last week or so is that my wife’s death has indeed taken with it those elements of a confident personality I once adopted, but it has also revealed the sort person I really was inside: vulnerable, insecure, and naturally shy. What complicates – or perhaps complements, depending on how your viewpoint – these traits is that these days I don’t really care about getting ahead. I no longer feel the need to act a certain way to try to fit in. Maybe my vulnerability has become a strength of sorts, allowing me to self-counsel through grief via this blog and my book. My innate insecurity has perhaps prepared me for the psychological challenges of being hit with such force by the bereavement I’ve suffered – questioning everything constantly my whole life has meant that a preoccupied mind isn’t new to me. My shyness, however, has morphed into something entirely different. I no longer attach any real worth to people’s opinion of me, which makes introversion seem almost redundant, which, in turn, makes genuine (if rather tragic) extraversion possible. I suppose it’s rather empowering really.

Pride, however, is a different matter altogether. Self-help books might preach the importance of learning to feel good about who you are. I suspect they would extol the virtues of self-respect, self-worth and self-belief. Each characteristic is, of course, excellent in theory, but I’ve found that it’s not easy to feel good about yourself when you can’t shake the feeling of being quite so frequently low. Pride in one’s self, therefore, remains somewhat out of reach and too great a psychological leap to make so soon. And yet I keep hearing a voice in my head telling me to be kinder to myself. I’m slowly coming to terms with the idea that self-deprecation and failure to recognise any sense of emotional progress made – whether my son’s or my own – doesn’t honour my wife’s death. That same voice has suddenly made me realise that it’s okay to feel okay once in a while, that it’s alright to feel like we’re doing alright sometimes, and that the shame I feel in my momentary flickers of happiness is only a symptom of my grief. It’s not something that I have to embrace in order to believe that my son and I are feeling our loss as deeply as I perhaps think we should.

The only piece of advice I have – and probably ever will – pass on to anyone who has been bereaved of someone they love is to just be: to feel what you feel, to be honest with yourself, and not to try to act how others might expect you to. Well this week I’ve decided to take my own advice and see how it feels to occasionally just be okay – to appreciate the times when Jackson and I are doing well and try to enjoy the moments while they last.

I don’t think I need to feel proud of myself to be the person I want to be right now or in the future. I just need to keep focussing on how proud I am of my son and how proud my wife would have been to see our little baby turning into such a wonderful young child. And that’s quite enough pride for me for now. I know how the saying goes and I’ve grown too accustomed to too many other things that make me feel good being so quickly followed by a fall.

I’ve realised that it’s okay to feel okay once in a while.