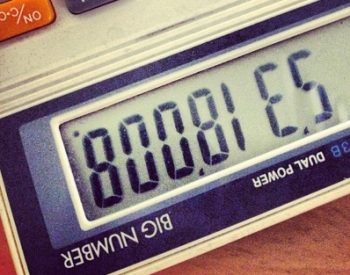 I used to laugh a lot at the stark contrast between human behaviour back home in the north of England and life in London. The best way I can sum it up is that if you collapsed and started foaming at the mouth up north, the whole street would come out to comfort you, tea would be made and dished out, and your recovery would be deemed ‘heroic’ in the local paper.

In London you’d be cursed for fitting during rush hour, trampled by commuting wildebeest in suits and pencil skirts, and blamed for costing someone £3.85 whilst your skin blistered from the scolding coffee they just spilled on you.

It’s an easy box to put Londoners in and one that most people who live in the capital have fallen into, perhaps unwittingly, at one time or another.

But if you were ever in any doubt about the existence of common decency or the potential for human kindness in the Big Smoke then read on.

This morning my phone rang while I was on the bus. A ‘blocked’ number, which always makes me nervous. The anxiety soon turned to dark humour, however, as a call centre worker from the Child Benefit Office suggested that I should have made contact with her rather than the other way round, and that I should have done it in November.

‘Yeah,’ I thought, ‘I had nothing else on my mind back then. What was I thinking?’

Yet I remained polite. I answered all of her questions, thanked her for calling and went back to my journey to work.

But I quickly became aware that there was no way that the people sitting around me didn’t hear what I had to say. That I was 33, that I was widowed in November and that my child was only two-years-old when it happened. I’d spoken quietly but that often makes people listen with more intent.

The chap sitting next to me has doubtless stepped over a fitting train passenger or growled at someone for spilling a little cappuccino foam on his expensive suit. But this morning his typical London temperament was cooled. So much so that when he got off the bus a couple of stops before me he passed me his mobile phone. He could see I had my headphones in and perhaps didn’t feel so comfortably actually talking to a stranger.

Not having experienced anyone quietly sneaking me a gadget at the back of the bus since an old school friend spelled out ‘BOOBIES’ in numbers on his calculator when I was nine, I was unsure what was happening.

‘Have a good day and good luck’.

And that’s all he wanted to say.

Seven little words that say so much more about humanity than the sum of their parts.