The eighty-five-year-old driver who killed my wife, Desreen, was jailed just before Christmas for eighteen months for causing her death by dangerous driving. He was also banned from driving for life. I suspect he, his family and friends are feeling really quite dreadful right now, and, for what it’s worth, mine and I aren’t exactly celebrating either.

You see, I’ve had time to think since attending the trial and I’ve realised that you can punish a crime but you can’t transfer pain. Any suffering caused to the defendant as a result of his sentencing could in no way take away mine. I’ve since learned that, having suffered so much myself, I genuinely wish no hurt on any other person and I never wished a prison sentence on the driver, either.

In fact, I wasn’t even going to mention the sentencing on my blog at all. But then I reminded myself that justice for Desreen is best served not by a prison sentence but by trying to prevent similar unnecessary deaths from happening again in future. I keep hearing people say that they know someone who should probably give up driving but that they don’t know how to raise the issue with them. Well maybe I can help with that.

Tell them that the judge who sentenced the driver today said, ‘An elderly driver who knows, or should acknowledge, that he or she is losing his or her faculties is no less a danger than a drunken driver who knows the same.’

Tell them that the judge also explained that the defendant’s ‘lifetime of blameless driving is of no comfort to the Brooks-Dutton family,’ (and I assure you it really isn’t).

Tell them that the detective sergeant in charge of the prosecution said, ‘It is important for motorists to regularly monitor their driver behaviour and that of their elderly relatives to ensure that the roads are safe for all road users.’

Tell them that the once ‘blameless’ elderly driver suffered pedal confusion, which caused his car to be travelling at an average of fifty-four miles per hour in a twenty zone when he struck and killed my wife.

Tell them that the impact of this pedal confusion caused one of her shoes to fly off her feet as his speeding car hit her on the pavement where she was walking blamelessly with our then two-year-old son and me. Tell them that I had to keep looking at that shoe in the street on the night of her death and in photographs over the course of the subsequent trial.

Tell them that this is the last photo ever taken of my wife with our son together. Tell them that the paramedics on the scene later that evening had to cut off the jumper she is pictured wearing in order to be able to perform CPR on the pavement where she lay dying.

Tell them they won’t be the only people who have to deal with the consequences of any potential injury or fatality that they might cause. Tell them the impact will be felt by more people than they can imagine including their own family and friends.

Tell them that the two-year-old boy who lost his mummy is now four and is still so angry and upset that she can’t come back. Tell them that he has suffered immeasurably from the trauma of that night. Show them this picture and tell them that this is him pictured with his beautiful mummy on his second birthday – the last one they would ever spend together. 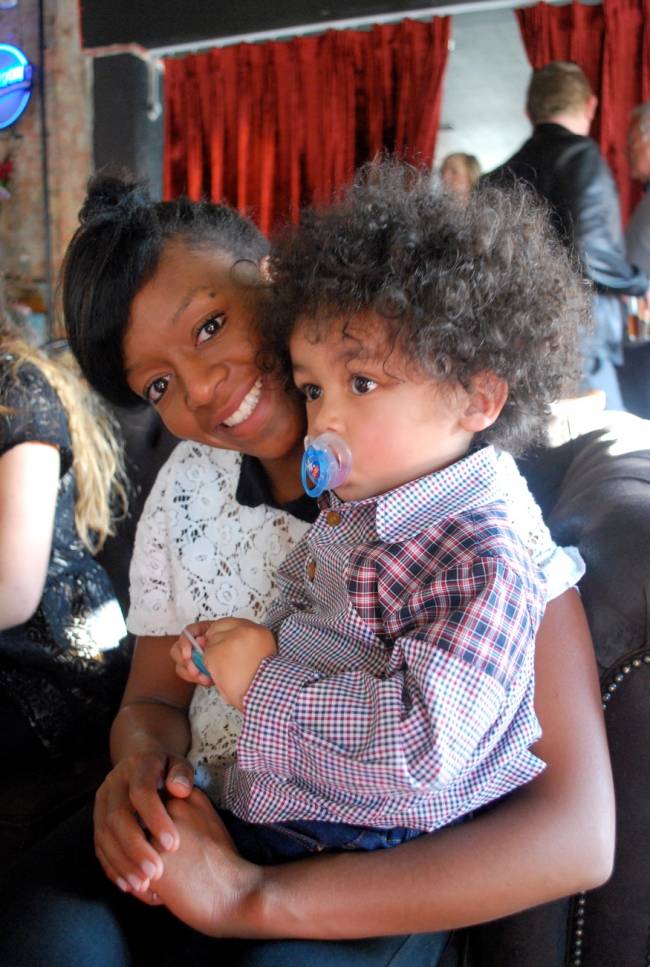 Tell them that once disaster strikes no wishing the tables could be turned will help. Tell them that wanting to switch places with the young person killed will make no difference to those who survive.

Tell them that you understand that they may want to stay mobile but remind them of what’s at risk.

Tell me you’ll help prevent this happening again, though.

Just tell me that so that one day I can tell my son that his mother’s death wasn’t completely in vain.

I’ve heard it said that you should never read your own reviews. Having never written anything that was subject to public critique before I wrote my first book, however, I just couldn’t help myself. In sharing my story and opening up about grief, I’d set out to help...