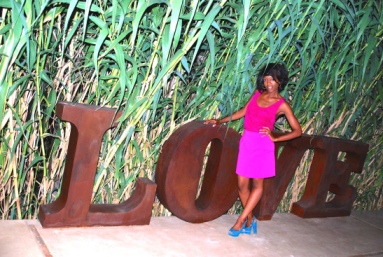 This whole blogging business is still pretty new to me. Having set up my site without giving it too much thought, I never really got chance to explore any guidelines or learn much about blogging etiquette. But I guess as people take the trouble to visit the site and read the posts I should probably say if and when I’m not going to be around for a while.

Somehow I think it’s time for a break. Not a holiday but just a little time out from writing about grief and instead just letting it happen.

For some reason I don’t usually find that the days that perhaps ought to be tough are the worst. Sometimes I think it’s possible to think about a calendar date so much that by the time it comes round, you’ve already worked through it. But on this occasion I think it would be reasonable to expect that I’ve got a tough couple of weeks coming up.

Yesterday the vicar who conducted both my wedding ceremony and my wife’s funeral service, also christened our son. The three most monumental events I’ve ever attended and all in the space of less that two years. Just one week shy of two years in fact; it’s the two year anniversary of our wedding next week. It’s my 34th birthday the week after and that’ll be the first time I’ve ever been older than my wife. From that point on I’ll be older than she ever was for the rest of my life. The thought of me ageing as she remains forever young has upset me ever since she was killed, so I don’t suppose that day will pass without any pain.

As it happens I’ve got nice plans for the next couple of weeks but even that troubles me. Having woken up today from a wonderful weekend, which showed me just what an apparently content, funny, loving and loved child I have, I woke up feeling terrible. I had a happiness hangover and it was more draining than anything I’ve experienced from alcohol. All of the tears that I might have expected to flow in church yesterday (but didn’t) flowed today. I suppose grief always catches up with you at some point.

So I think I’m going to take some time out and just be. No doubt I’ll have a lot to say by the time I come back in a couple of weeks but for now, take care x