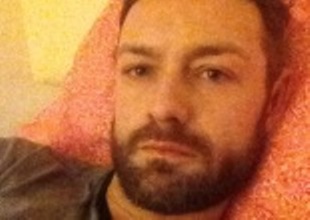 I remember the pain of last November well. And I remember lying awake all night in bed searching my mind for answers and the internet for solutions to that pain. I so badly wanted to find something or someone who could tell me that things were going to be okay; that I would be okay again. I kept coming up against the same problems though. What authority did that person have to tell me? And how could a stranger, who by definition didn’t know me before, have any idea of how I might feel in the future?

I’ve found advice from others pretty hard l swallow over the last few months. And I’ve made no secret of the fact that I find the generalisations and platitudes of grief difficult to digest.

Surely all of these things are dependent on too many factors – personality, support, mental stability, age, health, etc. – to be definitive guidelines to grief.

I guess I’d find each comment easier to stomach if they were slightly more personalised:

‘I found year two to be much harder than year one.’

‘I found it got easier but I still have really tough times now.’

‘Time brought me comfort. I don’t think l’ll ever be completely healed but I do feel better now than I have in years.’

I get asked for advice all the time and I find the emails I receive a real challenge to answer. How can I tell someone how they’re going to feel, when I know nothing about them, other than the fact that they have also lost someone they love? Why should I make assumptions about their potential prospects when I’m still suffering so badly? And who am I after all? Just one guy who has – at least in my book – only recently lost his wife himself. I’ve always tried to avoid telling anyone what to do, how to feel or what the future holds because, quite frankly, I have no idea.

But having visited my wife’s grave this morning and not having felt the same gravity of emotion as when we lowered her body into the ground that day, I wondered, ‘What advice do I wish the person I am today could have given the person I was in November?’

As I write this wish list out, I can still see that entirely broken version of me searching for the answers from my bed late last year. I have this image in my head, like a passage from The Time Traveler’s Wife, where the old me and the current me are in the same room together listening to and giving advice respectively. And even though it cuts a sad scene, I suddenly find myself rather amused.

But then I guess I am only saying that because I didn’t want my own raw pain to feel undermined or somehow marginalised. And because maybe even then I knew that I’d need to go through this myself rather than rely on the reassurances of others.