DAD.info | Fatherhood | Being Dad | Could My Daughter Be Self-Harming?

Could My Daughter Be Self-Harming? 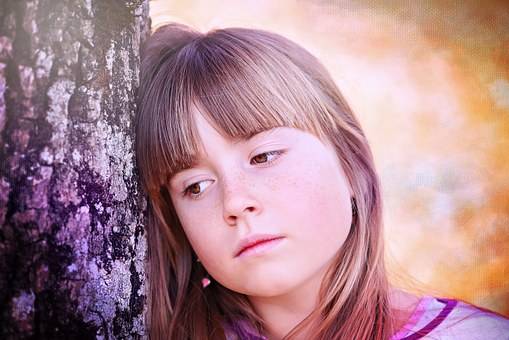 It is a very frightening time for parents now that reports of children and teens self-harming and committing suicide is receiving so much coverage right now in the media, and many parents are feeling helpless.

Seems like an obvious question: most self harm involves cutting arms and legs with a blade or knife. 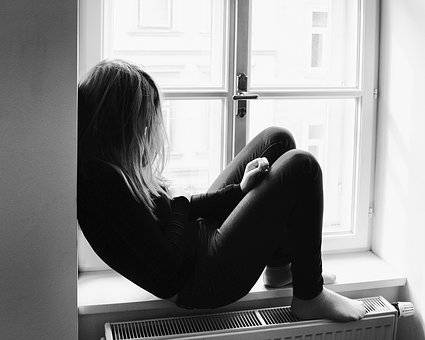 Is it a First Step To Suicide?

Usually, far from being the first step to suicide it is often the best way the child or teen knows to live with emotional pain.

However this doesn’t mean you shouldn’t worry or take this seriously. Some young people cut themselves once every couple of months but others cut themselves most days. The kind of emotional trauma that drives people to harm themselves that much can develop into suicidal thoughts and even actions.

Even children who are not suicidal can go too far by mistake and have been known to kill themselves accidentally.

It is predominately girls who self-harm. 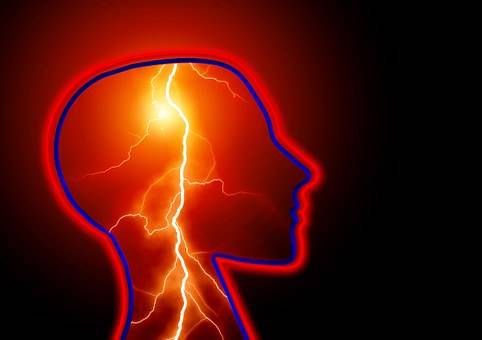 Reasons Why Young People Harm Themselves

Difference youngsters give different reasons for harming themselves. It may be because it gives them the feeling they have some sort of control – similar to the motivations behind anorexia. Others say it is an expression of anger or hatred against themselves; a common one is girls who cut themselves as punishment for being overweight.

However most young people cut themselves because it makes them feel less stressed. 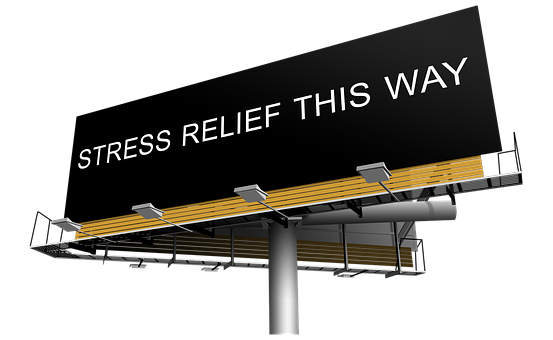 It has traditionally been believed that many young people cut themselves because the emotional or mental pain they are experiencing is so intense that the physical pain just provides a temporary distraction.

However recent advances in understanding how the human brain works also shows that “cutters” are tapping into the way the brain releases hormones to deal with danger.

The brain does not itself have nerve endings. It “interprets” signals from either nerve endings or from other parts of the brain as pain. It cannot actually distinguish between mental pain and physical pain; the biochemical reaction is the same. When physical pain is over – ie, when the blade has stopped cutting the skin, the brain sends out neurochemical signals to say that “the danger is over”, and it enters a state of relief.

This is why cutters often feel a relief from their emotional anguish after they stop cutting themselves. The brain simply can’t tell the difference between physical relief and mental relief, so it delivers both. 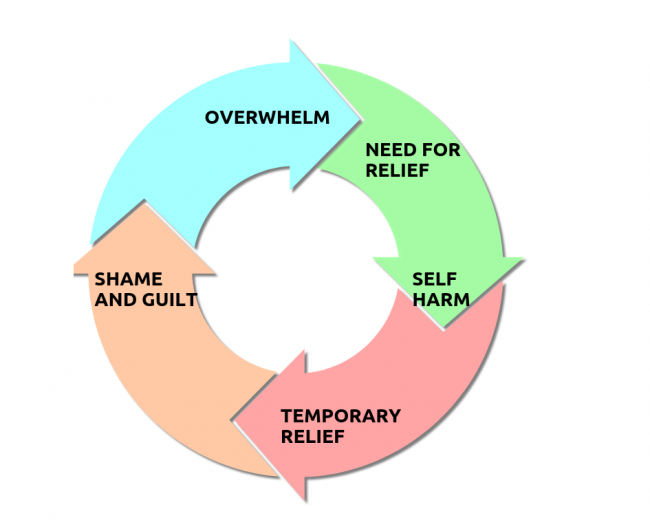 The Vicious Cycle of Self-Harm

However, the relief that comes from self-harm is short-lived and in turn kicks off the next round of pain and self-harm.

As the endorphins released by the brain wear off, so the self-harmer will usually start to feel ashamed of what they have done. This shame intensifies into guilt and self-disgust, which then intensifies again into the self-hatred and depression which kicked off the mental suffering in the first place.

Over time, if not treated, the endorphin relief ceases to kick in, and there is a risk that in desperation the sufferer can attempt to inflict increasing amounts of pain and harm on themselves in order to achieve that elusive relief.

This is where even a non suicidal child or adolescent can go too far and tip themselves into accidental permanent disability or even death. 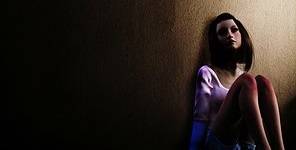 What are the Warning Signs Your Child May be Self-harming?

If you suspect your child is self-harming but aren’t sure, it may be that deep down they want to tell you but don’t know how. This is where a father’s skill at “just hanging out” comes in.

What do I do if I think My Child is Self-harming?

Do something with them that doesn’t mean they HAVE to talk but they can if they need to. Find something where you wont be interrupted. Get them to help you with something you do together: chop vegetables for cooking. Paint a chair. Wash a dog.

Provide them with comfortable silences that don’t demand they look at you.

They may not want to open up to you; don’t take it personally; they might be afraid you will be angry or upset – for good reason.

If they don’t open up then gently broach the subject not about self-harm, initially, but about the emotional pain you suspect they are going through. 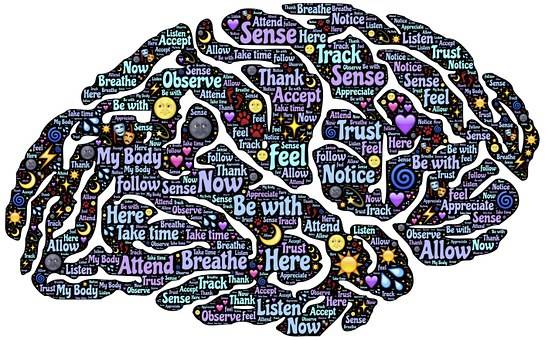 Children Emulate How You Handle Anxiety

It’s an alarming thought but…do you express stress, anxiety and overwhelm at home? Are your children always hearing how you can’t cope? Do you make a mountain out of a molehill?

Be honest, are they modelling you?

If so you need to sit down and decide to change.

How? Well, first of all, you can talk to a doctor if you are experiencing chronic anxiety.

There are techniques you can use to learn how to manage your own fear, stress and anxiety – we’ll look at those in another article. How much more effective will your conversation with your child be if you yourself have decided to tackle how you deal with fear.

It’s tempting to think you can afford to put this off, especially if you in turn learned anxiety from your own parents as a child.

However being a child or teen now is very different to how it was when you were growing up. Most children have a smartphone by the age of 11, and are not only growing up in a culture where they are expected to be “Instagram Ready” before they hit puberty but can be targeted by bullies 24/7 via Social Media.

Questions you Can Ask to Open up the Subject

The Samaritans charity have put together a list of questions you could ask:

If they haven’t opened up to you:

If the person is reluctant to get help, a person could say:

In Part Two We’ll look at how to respond if you find out that your child is self-harming. And importantly, what not to do or say.

If you have been affected by anything in this article please contact: