Boys conceived by IVF may inherit their fathers’ fertility problems

Researchers found by the time they reached adulthood, males born with the help of the method had half the sperm count of men conceived naturally 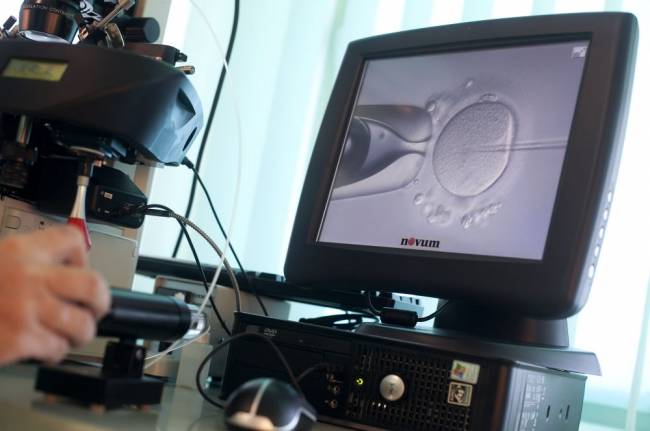 Boys born to fathers who needed help conceiving have poorer sperm quality as adults than those conceived without help.

Experts believe future generations could then need to use fertility treatments themselves.

The study was carried out by a team from the Universiteit Brussels,  where ICSI was developed and it looked at men conceived using Intra-cytoplasmic sperm injection (ICSI).

In ICSI, a single, good quality sperm is selected and injected directly into an egg.

The technique was developed in the early 1990s to help men with a low sperm count, abnormally shaped sperm or sperm that does not move well.

In 2013, 37,566 embryos were transferred in the UK using ICSI, just over half of all IVF treatments.

The participants, all aged between 18 and 22, agreed to have their sperm tested. The samples were compared with those of 57 men of a similar age, who had been conceived naturally.

The results, published in the journal Human Reproduction, show that men conceived via ICSI had half the sperm count and half the number of well-moving sperm, compared with men conceived naturally.

Men born from ICSI had almost half the sperm concentration and a two-fold lower total sperm count and motile sperm – that can swim well – than men of a similar age whose parents conceived naturally. 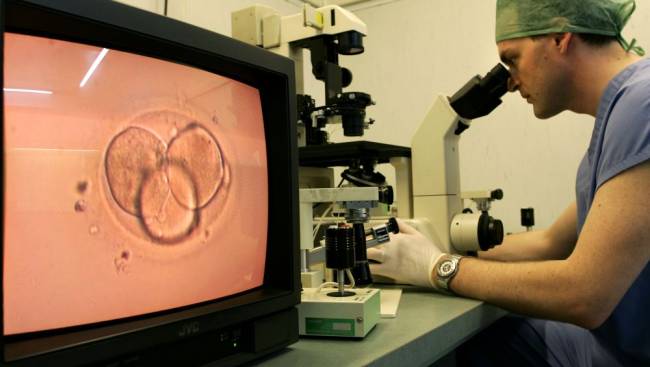 Prof Andre Van Steirteghem, who led the study, said it had been the first chance to test the long-held theory that sons would inherit sperm quality issues.

But he said it was a more complex picture than might have been expected: “Semen characteristics of ICSI fathers do not predict semen values in their sons.

“It is well established that genetic factors play a role in male infertility, but many other factors may also interfere.”

Prof Richard Sharpe, leader of the Male Reproductive Health Research Team at the University of Edinburgh, said that since most cases of male infertility were unexplained, it was uncertain that the father’s fertility problems would be “inherited”.

He added: “Importantly, the results are a reminder to us that ICSI is not a treatment for male infertility, but simply a way of bypassing a problem and leaving it for the next generation to deal with – something my generation seem horribly adept at doing.”

But Allan Pacey, professor of andrology at the University of Sheffield, said the findings were “reassuring”.

“Twenty years ago we were telling parents that their sons might have the same problems as they did and that they would also need ICSI to reproduce. But this suggests that might not always be the case.”