The 45-year-old former glamour model, who has three children from a previous relationship, has expressed her wishes to expand her family with Smith, who also has a child of his own.

Messenger and Smith, a ski instructor, have been an item since meeting on Channel 4 winter sports show The Jump in early 2014.

Messenger told Hello! magazine: “All the kids are desperate for Warren and I to have a child together and it’s certainly something we’ve talked about a lot. Warren’s very keen, too.

“I would love to, but there’s no escaping the fact that, even though I keep myself fit and healthy, I would be an older new mum and that does worry me.”

The couple have also discussed marriage. 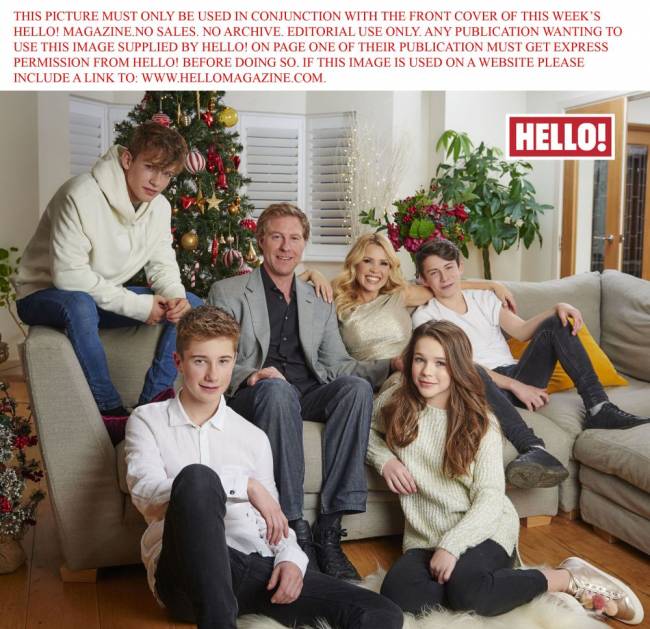 Smith said: “I love Melinda and what label our relationship has doesn’t matter to me, but I do think it would be lovely to be husband and wife and I know it’s something the kids want.”

Cowboy Builders host Messenger was previously married to Wayne Roberts, the father of her three children – sons Morgan and Flynn and daughter Evie – but they split in 2012.

Messenger and Smith are looking forward to spending their first Christmas with all of their children together in the home they share.

Messenger said: “We all went out to buy the tree the other day and it made my heart so happy, watching them all chatting away as they selected the best one.

“The friendship and love our children have developed for one another is just gorgeous to see.

“They are a really strong little pack and that’s not something either Warren and I have forced.”

She added: “We’ve all been finding our feet, that’s the nature of stepfamilies – but we’ve come through the other end and the payback is tenfold.”

:: The latest issue of Hello! is out now.