BUSINESS-SAVVY KIDS CASH IN ON CHORES

Children are predicted to rake in up to £220 pocket money this summer holiday.

The summer holiday is upon us; a time for children across the UK to enjoy having fun in the sun with their friends, but new research reveals that clever kids will be cleaning up and cashing in by helping their parents out around the house before playing with friends.

The summer holiday is upon us; a time for children across the UK to enjoy having fun in the sun with their friends, but new research reveals that clever kids will be cleaning up and cashing in by helping their parents out around the house before playing with friends.

Latest research from home appliance brand Indesit shows that 32 per cent of parents pay their children to help out around the house, at an average cost of £1.75 per chore. With kids set to carry out an average of three chores per day over the six-week summer period, youngsters are expected to make a significant £220.

10 per cent of parents admit that they are happy to pay a generous £5 for just one big chore, stating that the task and reward contributes to their child’s sense of responsibility, value and purpose at home.

It appears that chores aren’t a bore for savvy kids as almost half (45 per cent) of children surveyed as part of Indesit’s chore-equality report stated ‘I like to help my parents’, followed by almost a quarter (20 per cent) who said ‘it will help me when I’m older’. 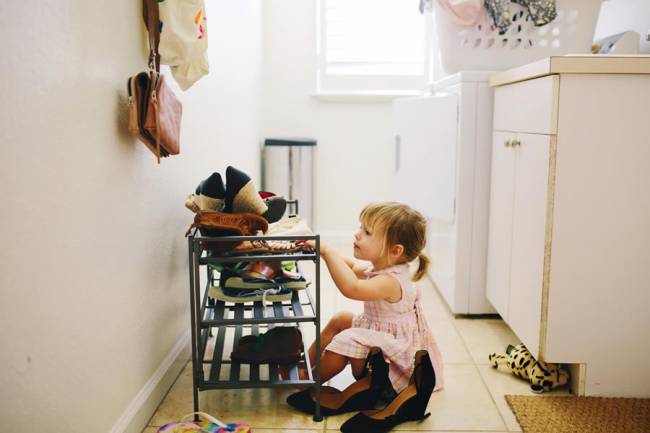 Family Psychologist Emma Kenny, commented: “Chore inequality still pervades in many British households, but by involving children playfully, they can see that sharing the housework makes it much more manageable. Most importantly, involving boys and girls in the same way encourages equality in the home from an early age, helping to prevent any kind of stereotypical thinking later on in life.”

94 per cent of adults asked, believe that kids should be involved in household chores and duties as an important part of their education.

Continues Emma Kenny: “By assigning different tasks to children they can learn that stereotypical gender roles are obsolete.”

Continues Emma Kenny: “It is important to instil a sense of personal responsibility in our children. Including tidying up as part of the play experience teaches children that when they’re finished playing, they put everything away. The secret to carrying out chores lies in doing them together, this makes the whole process quicker, more effective and even fun.”

The independent national research commissioned by home appliance brand, Indesit was carried out to support Indesit’s new #DoItTogether campaign that aims to encourage families to share household chores and highlights the benefits of every member helping out around the house.

Ian Moverley, Brand Communications Director at Indesit adds:
“Household chores may not be glamorous, but they are necessary, and knowing how to do them efficiently and effectively is a life skill for all of the family to master. If we all get involved, they can be done in half the time and we can help to banish domestic gender stereotypes.

“We hope with this campaign we inspire families to share the household chores more and have fun in the process. Our products are designed to save time, money and effort, but they’re also so easy to use that everyone can operate them.”