DAD.info | Fatherhood | Latest News | Competitive dads are trying to get one up on each other, study finds

Competitive dads are trying to get one up on each other, study finds

Turning up at school in a new car, breezing through your child’s science homework and ‘training’ the kids for sports day have emerged among a list of methods competitive dads employ to get one up on each other, a study found 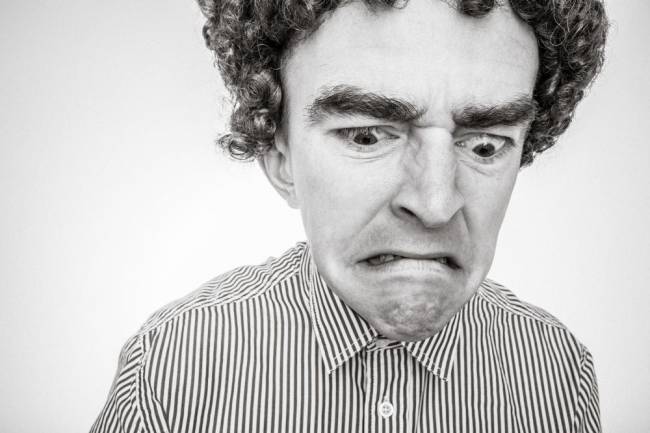 Researchers who polled 1,000 fathers also discovered competitive dads like to brag about their kid’s achievements on Facebook, always ensure their children have all the latest high-tech gadgets and buy them designer clothing.

Arriving early to nab a front row seat for the school play and booking extravagant holidays before making sure everyone knows about it are also tell-tale signs.

The study also found two in five fathers admit they feel pressure to be liked by their kids’ friends.

And two thirds confessed they want to be seen as a ‘cool dad’ by their children’s mates and parents.

The poll was carried out by Vue to celebrate the release of Daddy’s Home 2.

Behavioural psychologist Jo Hemmings, who worked with Vue on the project, said: “So what is fuelling this need for dads to impress?

”More than one quarter admitted it’s purely because they want the best for their child, but a great deal of this highly-competitive streak is down to dads simply wanting to be better than their counterparts.”

Researchers also found more than one third will volunteer for everything at their school in a bid to impress.

And three out of ten admitted being concerned about impressing other fathers in the school playground.

However, more than two in five are concerned about impressing teachers over anyone else.

It also emerged three in ten will spend hours helping out with homework in a bid to impress the teacher.

And just under half admitted attempting to get their child to volunteer for as many school plays, nativities and contests as possible.

It doesn’t come as a surprise men are getting competitive when three in ten dads are envious of other dads and their organisational attributes.

The study, conducted via OnePoll, also found seven in ten will ensure their child always ‘looks the part’ on non-uniform and fancy dress days.

One in five admitted buying their kids the latest tech and one sixth of dads said they would queue for as long as it took to get the front seat at the school play.

As a result, 44 per cent believe their childrens’ friends and parents see them as one of the ‘cool dads’.

Just under half of fathers confess to being a competitive father with one third of partners agreeing their blokes are as such.

More than one quarter admit they can try a bit too hard to impress simply because they want the best for their child.

Just seven per cent of dads will always win when playing games with them, and only five per cent will compete with their children when colouring inside the lines.

Top 10 signs of a competitive dad:

1.They always try to win the ‘dad’s race’ at school sports day

2.They shout from the side-line at every sports event and match

3.They coach their children at weekends so they win at sports day

4.Ensuring their children have all the latest technology and gadgets

5.They constantly brag about their children’s achievements on Facebook

6.They complete their children’s homework so they get higher grades

7.Dressing their child in the latest designer/sports brands

8.Queue up for ages before a school play just to get the front seats

9.They have the newest, biggest cars

10.Going on the best/most exciting or extravagant holidays