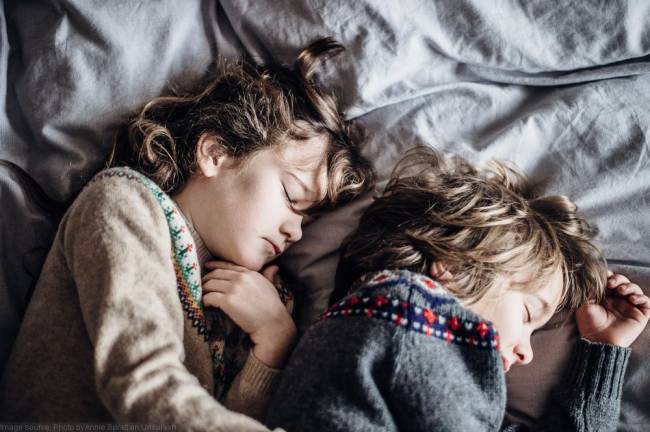 The new research found that 36 per cent of primary school age children get eight hours or less sleep a night and a worrying 15 per cent are getting as little as seven hours or less a night; and psychologist Dr Anna Weighall from the University of Leeds, believes levels this low could be dramatically impacting children’s ability to function in day to day life.

The comments from Dr Weighall come during Children’s Mental Health Week (6th – 12 February) which aims to reduce the stigma around mental health and get children talking about complex feelings. She says: “Our research […] shows a strong relationship between poor sleep and reduced health related quality of life.

Previous studies show that 90 per cent of children with major depression have some kind of sleep problem — with more than one-half of insomnia cases related to depression, anxiety or psychological stress. Poor sleep is also common in disorders like ADHD and autism.

In the short term, those struggling with sleep are more likely to be irritable and lacking in concentration, something that also impacts academic development, causing problems paying attention in class and keeping up with school work, as well as causing children to end up missing school because they feel unwell. It can also affect emotional regulation, which can affect peer relationships too.

Sleep deprivation decreases the efficiency of something called ‘top-down inhibition’ which enables children to control and regulate their behaviour. This behaviour has been shown to limit the functioning of the emotional processing at the centre of the brain (the amygdala) which explains the effects of lack of sleep on mood and emotion.

The research from the University of Leeds and Silentnight found that among concerns keeping children awake at night were worries about bullying and worries about homework, with one in six parents saying their children’s sleep has been affected by bullying,

Essentially, lack of sleep lowers the threshold at which we will experience an event as stressful. 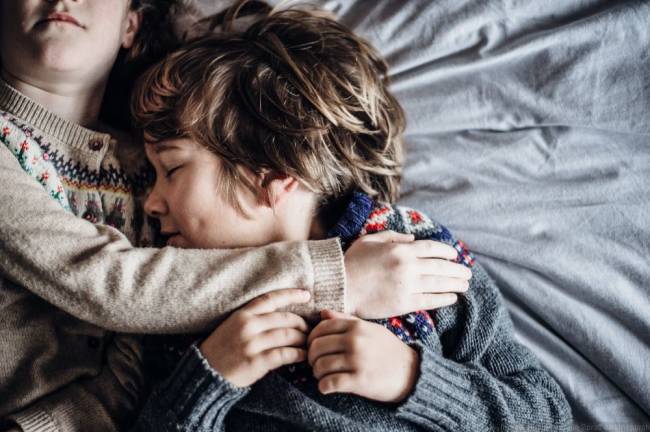 What can you do?

The healthiest approach if your child is suffering from anxiety or feeling low is to try and establish a regular bedtime routine, ensuring they rise at the same time every day. When people suffer from anxiety or stress their sleep patterns can be compromised. This, Dr Anna Weighall argues, is when children need those precious 10 hours that the NHS recommends.

DAD.info recently spoke to The Sleep Site founder, Dave Gibson, who suggested that a consistent routine positively contributed to a child’s sleep pattern: “Our brains and body clock like a consistent sleep routine which means you should ideally maintain this pattern 7 days a week. Try to set that example by getting up at the same time on Saturday and Sunday too. If your child has a 7 day a week consistent sleep schedule, they will find it easier to get to sleep on school nights and therefore wake up refreshed.”

SCREEN TIME: HOW MUCH IS HEALTHY?

About the study and research methodology

Findings from independent academic research conducted by a team of psychologists at the University of Leeds, led by Dr Anna Weighall, a developmental cognitive psychologist with expertise in sleep research.  The study, carried out in conjunction with Silentnight, was a rigorously designed and empirically robust online survey of 1,000 UK parents of children aged between 6-11, with equal gender split. Participants were recruited from a nationally representative panel.