Teenagers in England and Scotland are now more likely to go to university than ever before, official figures show 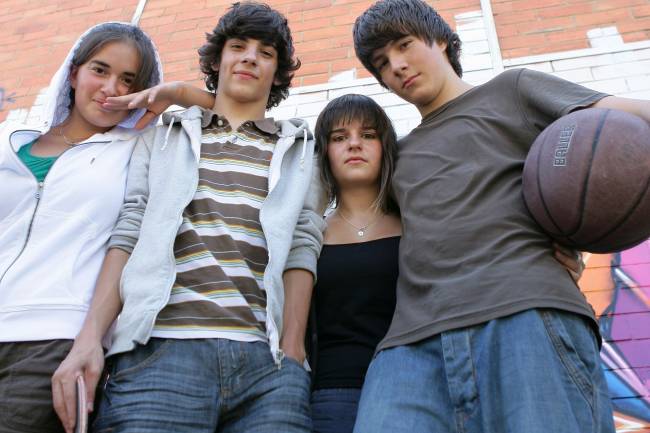 One in three English 18-year-olds have been placed on degree courses through UCAS this year, according to new data published by the admissions service, along with around one in four Scottish youngsters of the same age.

The hikes come amid an overall fall in the numbers going to university this year, fuelled in part by a drop in older students and fewer coming to study in the UK from the EU.

The latest snapshot, taken four weeks after A-level results day, show that in both England and Scotland, entry rates have risen every year since 2013, reaching the highest point recorded this year.

The entry rate for 18-year-olds, typically school leavers, in England is now 33.3%, up 0.8 percentage points on last year, meaning that one in three students now go on to higher education.

This means that around one in four Scottish teenagers of this age go to university.

But in Northern Ireland and Wales, entry rates have fallen slightly this year, and stand at 34.8% and 29.1% respectively.

This means that entry rates for both nations are higher than in Scotland, and for Northern Ireland, are also higher than England.

The report does note that in Scotland, a “substantial part” of higher education is not included in Ucas figures, mainly courses that are provided by further education colleges.

This means that the entry rates for Scotland only cover students that have used UCAS.

Overall, 505,680 applicants have now been placed on full-time degree courses at UK universities, 1% lower than the number placed at the same point last year.

It is the first fall for five years and the third drop since 2006, UCAS said.

“Again this year, the proportion of 18-year-olds in the UK applying for university are at their highest ever levels.

“There were a variety of reasons behind the drop in overall applications this year, including the decline in the number of 18 and 19 year olds, changes to funding for degrees in nursing, and the possible impact of the vote to leave the EU.

“Going to university is still a huge benefit to individuals in terms of lifelong skills, earnings, and the experience of meeting people from all corners the world.”

The Ucas figures show that compared to last year, there are fewer students in general from England, Wales, Northern Ireland, and the EU, while the numbers from Scotland and countries outside the EU have increased.

Helen Thorne, Ucas director of external relations, said: “Progress is being made on increasing the participation of 18-year-olds across all social groups and we have seen the largest increase in acceptances amongst those living in the most disadvantaged areas of the UK.

“Although there is still much more to do, the efforts being made by schools, colleges and universities to encourage and support applications from more disadvantaged students is having an impact.”