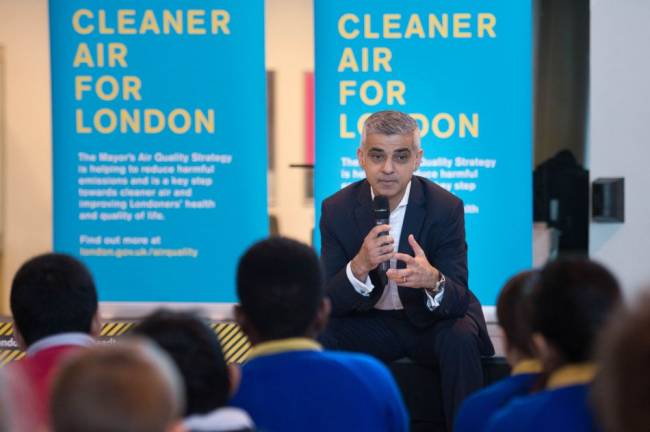 Mayor Sadiq Khan has announced £250,000 funding for 50 schools in London boroughs where levels of pollutant nitrogen dioxide, which comes from sources such as diesel engines, exceed legal limits.

The audits, carried out by a transport and environment consultancy, will highlight interventions that could be undertaken at the schools to lower emissions and reduce exposure to pollutants around the schools, Mr Khan said.

The move comes after the mayor issued the first “very high” pollution alert for the capital on Monday, as swathes of the UK suffered from very high or high levels of pollutants known as particulate matter choking the air in the still, cold conditions.

London is suffering another day of very high levels of particulate pollution, which have built up in the long period of cold settled weather, and could also see moderate levels of nitrogen dioxide at busy roads during the rush hours.

Measures recommended for schools by the audits could include moving school entrances and play areas to reduce exposure to busy roads, putting in “no engine idling” zones to clean up the school run.

There could also be changes to local roads, pedestrianising areas around entrances and restricting the most polluting vehicles around schools.

Schools could put in “green infrastructure” such as hedges and bushes to provide barriers to block out fumes, minimise emissions from boilers, kitchens and other sources and children could be encouraged to walk and cycle.

Mr Khan said: “Every child deserves the right to breathe clean air in London and it is a shameful fact that more than 360 of our primary schools are in areas breaching legal pollution limits.

“London’s filthy air is a health crisis and our children are particularly vulnerable to the toxic effects of air pollution.”

He said the new air quality audits would be “a strong step towards helping some of the most polluted schools in London identify effective solutions to protect pupils from toxic fumes”.

Air pollution from sources including factories and vehicles, particularly diesel engines, is linked to the early deaths of around 40,000 people a year in the UK – and causes problems such as heart and lung diseases and asthma.

In children it can lead to coughs, bronchitis and asthma, and harm the development of their lungs and brains. 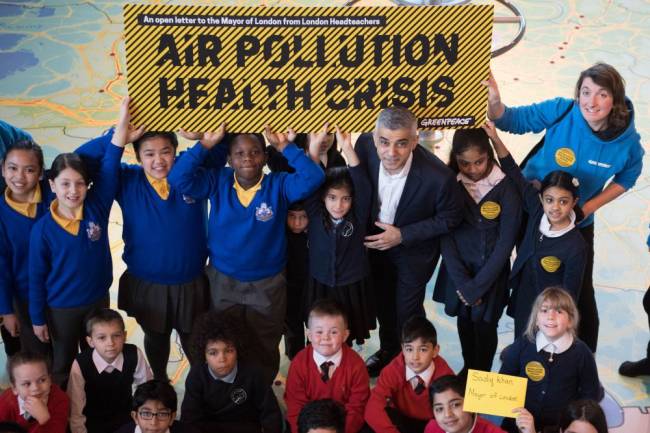 A letter from 100 London schools, coordinated by Greenpeace, is calling on the mayor to tackle diesel vehicles on the roads, make walking and cycling to school safer, boost public transport and speed up the switch to clean vehicles.

They are also calling for strong leadership to put in short-term measures such as no idling zones, and for the mayor to work with national government on air pollution.

Rebecca Abrahams, head teacher at St Luke’s Church of England school in Tower Hamlets, said: “We have a duty to protect the children in our care, but sadly, even while they play outside at lunch, they are being harmed by invisible air pollution from traffic.

“Given what we know about the life-long consequences of exposure to air pollution as a child, it’s imperative we clean up London’s air without delay.”

In very high pollution conditions, people are advised to reduce exercise outside, particularly if they experience a cough or sore throat – while those with lung and heart problems and older people should avoid strenuous activity.

Where there is high air pollution, adults and children with lung problems and adults with heart problems, as well as older people, should reduce the amount of strenuous exercise they do.

High and very high levels of pollution can cause people with asthma to need to use their inhaler more.