DAD.info | Fatherhood | Latest News | This is how little British parents are talking to their kids

This is how little British parents are talking to their kids

The findings emerged in a study of 2,000 parents of kids aged four to 16, which shows that despite spending more than eight hours a day together, families chat for less than 10 per cent of that time

Conversations between mums and dads and their children will last for just nine minutes before it’s time for school.

A further 14 minutes of chat will take place after school before the kids trundle off to entertain themselves.

During dinnertime parents will extract another 11 minutes of natter from their little ones, while dialogue opens again at bedtime for a further 10 minutes.

Unsurprisingly, nine in 10 mums and dads wish they could spend more time with their child than they currently do.

And 87 per cent would like the opportunity to have more meaningful conversations on a more regular basis.

A spokesman for Fruittella, which commissioned the research to launch its new 30% Less Sugar sweet said: “We lead busy lives, but it’s important that we find the time to chat with our kids about everyday things, after all there’s no greater pleasure than hearing about a new friend that they have made, a skill they have mastered or a funny thing that happened at school.

“We carried out this research to encourage parents to take two extra minutes each day to sit down with their children and chat about all the great stuff that they do that we don’t always hear about. It’s such a lovely little win for both parents and children.”

The research also found that parents who are home with the children after school admit they struggle to get much out of them – with common responses to questions being “I can’t remember” and “don’t know”.

And researchers found parents are forced to adopt a line of tactical questioning to get their children to volunteer some information about their day.

“What did you have for lunch?”, “what did you learn today?”, and “who did you play with at lunchtime?” are the most common questions asked by parents.

While other mums and dads keen to learn more about their children’s day will ask “what was the funniest thing which happened to you today?”, “what games did you play in your break?” and “what is the best thing you did today?”. 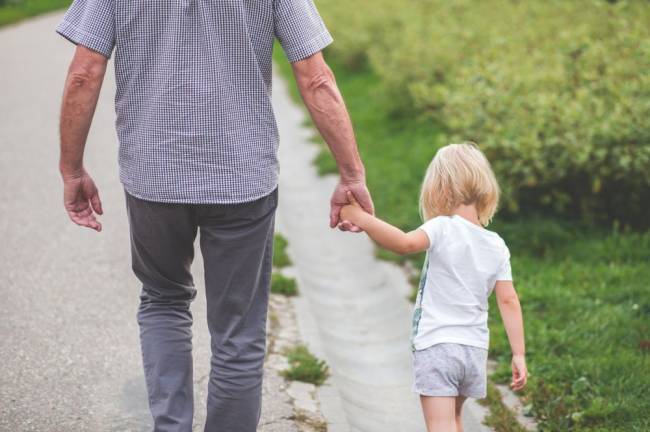 Researchers found early evening is the key point in the day when kids want to open up and chat, with 55 per cent using talk-tactics to delay their bedtime.

And at this point, eight in 10 parents admit they feel guilty about sending their children to bed when they’re just starting a heart-to-heart.

Most common bedtime topics include thoughts on what has happened at school that day, and expressions of love.

Four in 10 children are keen to discuss what has happened to their friends during the day, while 38 per cent will suddenly remember something their teacher has said.

More than a third of kids will remember random stories, while 33 per cent will want to talk about something which happened in the playground.

But parents claim if they had more time to talk to their children, they would want to find out how happy they are and how they are feeling.

A spokesman for Fruittella continues: “Family life is hectic and children often don’t want to talk, but let’s make more time for each other to share stories and find out more about the way our children view their worlds, surely this will create a lovely little win for everyone.”