Rosie and Ruby Formosa were born joined at the abdomen and shared an intestine, meaning they needed an emergency operation to separate them in 2012.

Their parents, Angela and Daniel Formosa were told their daughters had a minimal chance of survival when doctors discovered they were conjoined.

But after successful operation at London’s Great Ormond Street Hospital (Gosh), the identical twins have grown up healthy and will begin their first year of primary school in September.

Their mother, Angela Formosa, said the four-year-olds, from Bexleyheath in south-east London, were “very excited” to be starting school.

“Four years ago it wasn’t in my mind that this would ever happen,” she said.

“When I was pregnant I didn’t think I’d ever see their first day at school so it is really amazing and all thanks to Gosh [Great Ormond Street Hospital] really.” 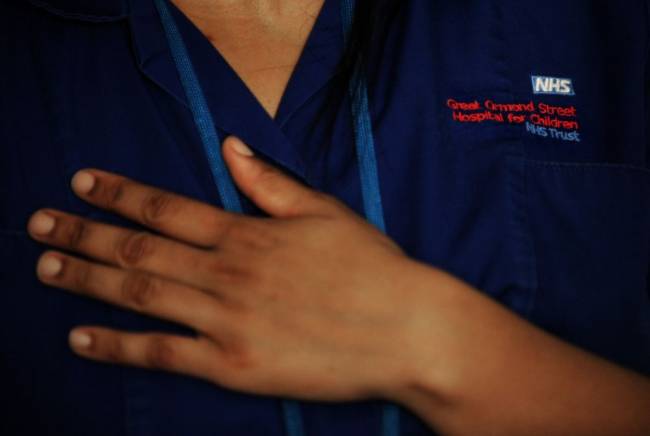 Mrs Formosa said it was “heartbreaking” for her and their father Daniel Formosa when they discovered the girls had the rare medical condition, which occurs in one in every 200,000 live births.

“Four years ago it wasn’t in my mind that this would ever happen,” she told the Press Association.

“When I was pregnant I didn’t think I’d ever see their first day at school so it is really amazing and all thanks to Gosh really.”

The girls were born at University College Hospital in London by caesarean section. when Mrs Formosa was 34 weeks pregnant.

“The surgery is highly complex and requires teams from across the hospital to work together and combine a whole range of expertise.

”We’re thrilled that Rosie and Ruby are starting school this September.

“It’s always a joy to witness patients’ progress and to hear that they are reaching new milestones — this makes the job we do all the more rewarding.”