Prince George looked smart in his uniform as he walked nervously into school on his first day – without his mother, the Duchess of Cambridge, by his side 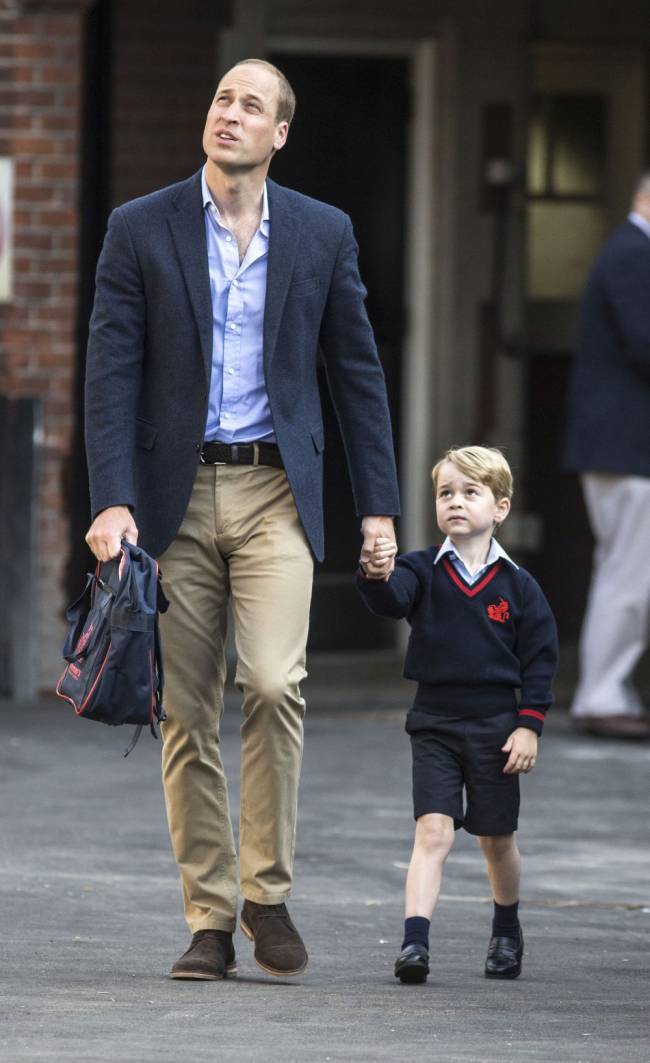 Kate had hoped to join the Duke of Cambridge on the school run but is suffering from severe morning sickness and was too ill to attend, Kensington Palace said.

The four-year-old was helped out of the car by William after being driven through the gates of Thomas’s Battersea, a fee-paying independent school in south London.

The prince, who is thought to be one of the youngest pupils in the year, will be known as George Cambridge to his classmates.

Ben Thomas, who is principal of Thomas’s London Day Schools and was headmaster of Thomas’s Battersea for 18 years, said he hoped future king George would learn to “be himself”.

He said: “The whole aim of these precious early years of education is to give children that confidence in who they are.

“So we are not going to try to mould him into any kind of particular person and we wouldn’t do that with any of our pupils.

“I hope he will have the confidence to be himself with all his quirks and his idiosyncrasies and characteristics.”

George looked tentative and clutched his father’s hand as he was led towards the entrance of the school after arriving at around 8.45am. 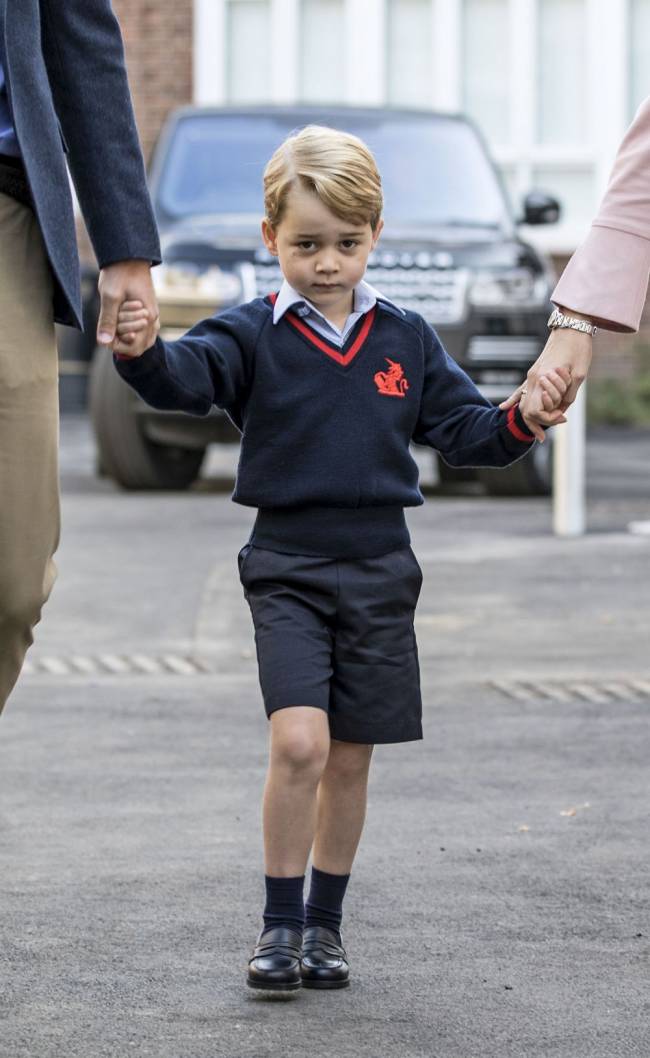 The young prince shook hands with Helen Haslem, head of the lower school, as the Duke held a school bag packed ready for his first day.

Then, with William holding one hand and Ms Haslem the other, he walked inside.

The Duke said George, who was wearing a shirt, navy V-neck pullover, shorts and black shoes, had “noticed” the other boys arriving in their uniforms.

Mr Thomas said the prince will begin by attending school for half days and building up to longer hours.

He said: “It will be a very, very gentle start.

“They start with half days and the moment comes when they get to stay for lunch – which is a really big deal, trying to balance their lunch on their trays.

“Then they will be here eventually for full days and then we will start to introduce them to the breadth of the curriculum.”

Along with his classmates, George will spend his first day getting to know teachers, adults and other children as well as completing the important task of finding his classroom peg.

He will be in a class of 21 pupils – one of three reception groups which are connected by a folding “carousel” door which is opened to allow group play three times a week.

Mr Thomas, whose parents founded the school, said George would not be given “any special treatment at all” and it is understood William and Kate will try to do the school run as often as possible.

The school, where fees cost from £17,604 a year, has been described by the Good Schools Guide as: “A big, busy, slightly chaotic school for cosmopolitan parents who want their children to have the best English education money can buy. 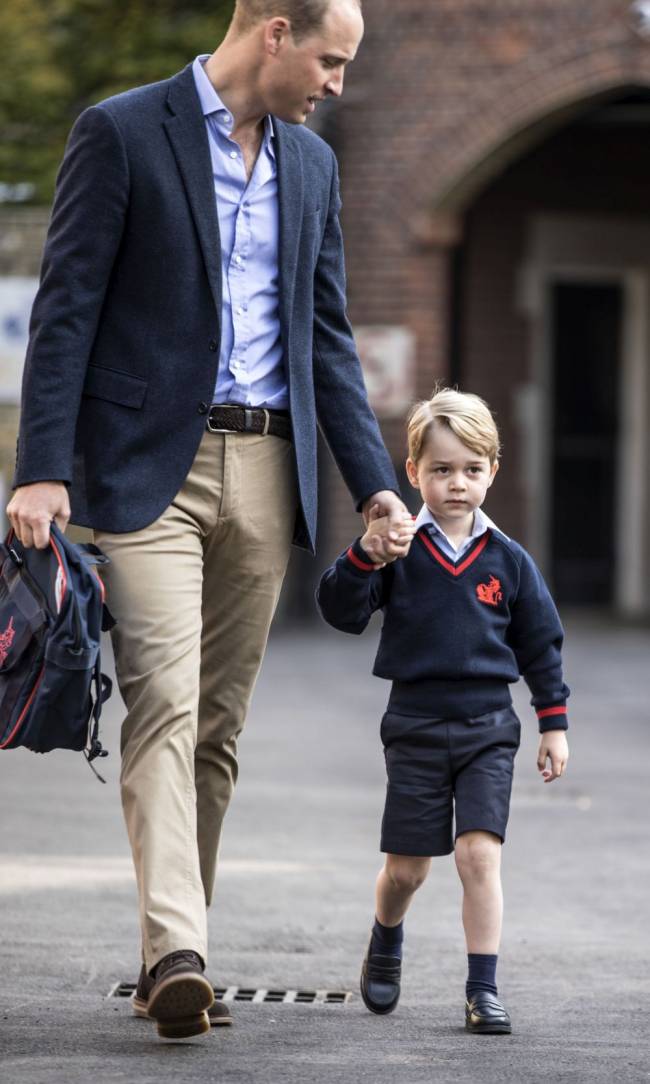 George and his classmates will be taught a range of subjects and activities from ballet and art to drama, French, music and physical education.

Asked why the Duke and Duchess had picked it for George: “What lots of parents tell us, what they love about the school, is the breadth of its curriculum.

“The fact we focus not just on the children’s intellectual development but also on their artistic, their sporting development as well.

“They approve of our central school rule, which is to be kind.”

He added that parents love the values of the school, which include “kindness and courtesy and humility and being givers not takers”.

Kate, who missed George’s milestone, is suffering from hyperemesis gravidarum, as she did in her previous pregnancies.

She was also forced to pull out of public engagements on Monday and Tuesday.

On Tuesday, a day after it was announced they are expecting their third child, William said Kate was well but admitted: “There’s not much sleep going on at the moment.”