Barbecues aren’t all about the meat, so indulge in a sticky treat from GBBO winner Ed Kimber once the coals have died down…

How to make it 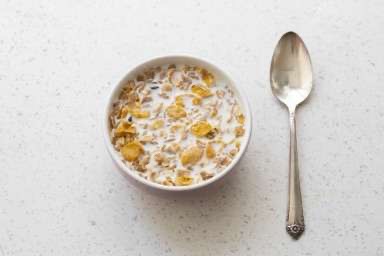 Make the most of family breakfast time

"When faced with busy mornings, taking the time to prepare a nutritious breakfast for your children can be tough– particularly when considering budget factors too." says Charlotte Stirling-Reed, a top child nutritionist who collaborated with Joe Wicks on his...

We call these ‘nom nom balls’, and they are unacceptably good for a dippy dinner party. Crispy, crunchy and moreish, you may need to make double helpings (served with hummus, obviously). They are the best dipping food we have ever tasted, good as a snack, great in...

This dish will test your arrangement skills (plus your patience!), but it’s worth it for the photo-worthy result. This healthy tart is full of freshly roasted veggies with an ever-so-slightly spicy tomato base. It’s best to use a peeler to get the optimum thickness...