DAD.info | Lifestyle | Play | Books | Books for the Kids | Why You Should Never Buy A Dog From A Puppy Farm

In her new children’s book, Viola Vincent Reporting… Underdog, investigative-journalist-turned-author, Anna Kenna, looks at the growing global problem of puppy mills. Here, she tells DAD.info why pet-owners-to-be should avoid buying a dog that’s been bred on one of these inhumane farms, especially at Christmas…

With Christmas almost upon us, animal welfare organisations worldwide are bracing themselves for a spike in rejected puppies. They know that before the last of the ham has gone and the browning Christmas tree thrown out, many recipients of these well-intentioned gifts will be having second thoughts.

By definition, a gift is something you’re not expecting, a surprise. That’s fine if it’s a book, a pair of socks or a pamper-pack but a squirming bundle of fur that chews your shoes and electrical cords, pees on the carpet and needs constant supervision, is a very different matter. Animal welfare organisations are pleading with people not to gift dogs this Christmas or, as Dogs Trust UK creatively puts it, to at least ‘Paws for Thought’.

Appealing to consumers to think twice about gifting puppies has another, more urgent, purpose and that is to enlist our help in stopping the growing global trade in designer dogs. Many of these often underage, sick and genetically-compromised animals come from profit-driven puppy farms or puppy mills, which cash in on our naivety, particularly at this time of year.

Our ‘must have’ consumer culture, combined with online shopping, makes it easy for this industry to flourish. We seek out Fair Trade coffee and chocolate, mindful of the conditions in which they are produced, but it seems few of us apply the same ethical choices to sourcing pets. The Humane Society of the United States, the nation’s biggest animal protection organisation, says 99 percent of puppies sold in pet stores and online come from puppy mills. In these typically miserable and inhumane places, mother dogs remain locked in cages their whole lives and have half the life expectancy of the average dog.

There are an estimated 10 thousand puppy mills in the US producing around two million puppies a year. In Ireland, often referred to as the ‘puppy farm capital of Europe’, some puppy farms have up to 500 breeding dogs on site churning out trendy breeds such as French bulldogs, pugs, West Highland terriers and dachshunds – for the UK market. It’s believed that more than 30,000 puppies a year are being bred on Irish battery farms for the UK but even production on this scale can’t meet the demand. Increasingly puppies, sometimes starved or drugged to keep them quiet, are being smuggled into the UK, often from farms in central and Eastern Europe.

The number of illegally-imported puppies stopped at Britain’s borders has reportedly more than trebled in three years. Puppies now rank as the third most valuable illegally-traded commodity in the EU after narcotics and arms.

An exasperated RSPCA official recently observed: “Week after week, animal rescue organisations across the UK and Ireland and devastated owners are picking up the pieces of a multi-million pound industry which treats these dogs as nothing more than commodities, with no concern at all for animal welfare.”

Like all industries, the puppy trade has wholesalers, distributors and sellers, some with sophisticated ways of conning buyers. A BBC documentary showed puppies sourced from Irish puppy farms being sold from homes in fashionable Scottish suburbs by third-party sellers. They even had an imposter ‘mum’ on show, a borrowed dog of the same breed, to dupe unsuspecting buyers.

Puppy farming is a growing problem worldwide that is stretching the resources of animal welfare organisations and causing heartbreak for thousands of pet owners. Puppies from mass production facilities are often incubating diseases like canine parvovirus, due to the poor conditions in which they are raised. Some will die within days or weeks of purchase. They are also more likely to have genetic defects and behavioural problems because of poor socialisation.

While animal welfare organisations and committed individuals continue to work tirelessly to expose this industry and strengthen the laws that allow it to flourish, we as consumers need to wise-up and stop being a huge part of the problem.

Animal welfare groups have plenty of advice to help people avoid supporting this industry and make responsible choices. As a general rule they say never buy pups from pet shops or online and suggest adopting from a shelter or one of the breed-specific rescue organisations.

Regardless of where you get your dog, the golden rule is do your homework, think carefully about the type of dog you want and be very selective about who and where you buy it from.

If you’re tempted to surprise a loved one with a pup this Christmas, why not buy a dog bowl instead? That way you can start the conversation about preparing responsibly and perhaps adopting a rescue dog in the new year. 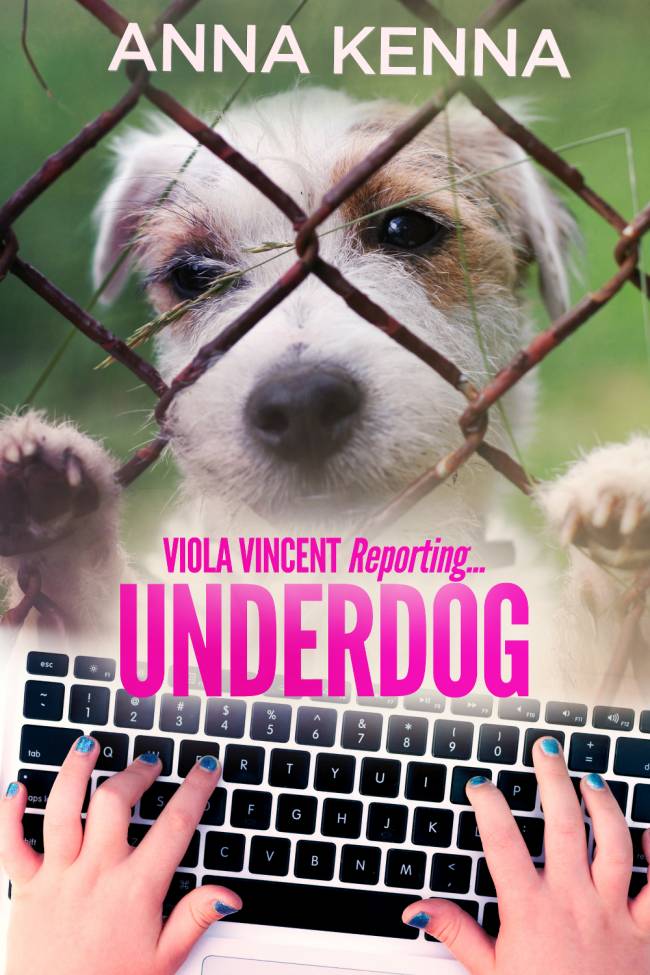 Anna Kenna is a journalist and children’s author. Her just-released novel, ‘Viola Vincent Reporting – Underdog’, for ages 10 upwards, is about puppy farming and the quest by a 13-year-old girl to rescue a young breeding dog. annakenna.com

DAD.info's Simon Harris introduces his daughter Mary to the ultimate educational-but-fun selfie-fest, the personalised book... "It’s not all about you, you know!" Oh, this book actually is. We don’t need to be told how important it is for our kids to not only learn to...