You’ve got a fortnight booked in the sun, what books should you throw in the suitcase with your trunks, mosquito killer and alka seltzer? We asked a section of authors and editors to name a favourite 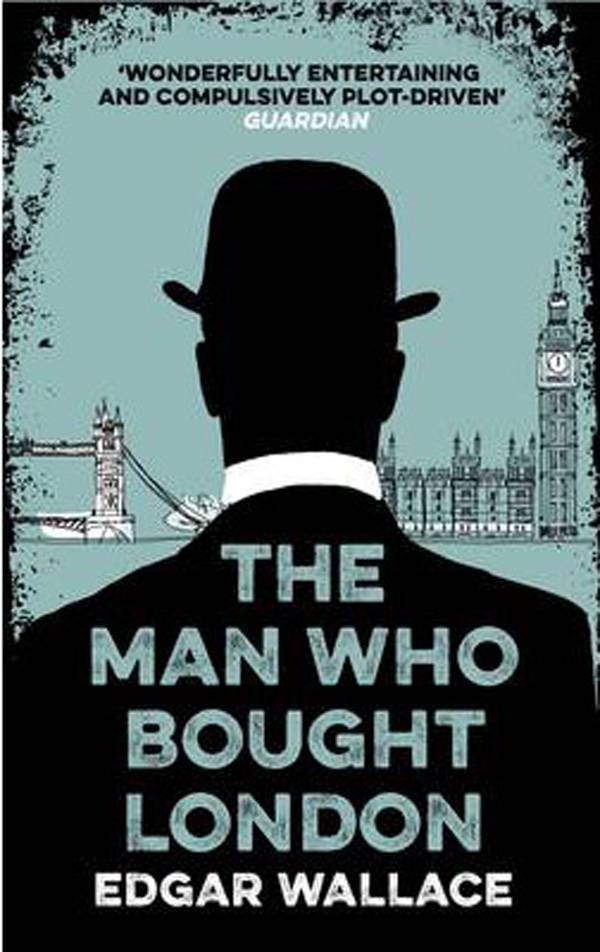 The Man Who Bought London by Edgar Wallace, chosen by James Goss

Edgar Wallace belongs to the golden age of thrillers. Always readable, always truly thrilling, his heroes are dashing, his heroines are plucky, his plots are dastardly, and his fiends are fiendish. But The Man Who Bought London, published in 1915, is something special. It’s a wickedly prescient crime drama about a man, who, literally, buys London. A glorious satire on property development and city living, it’s impossible to read it and not wish that the audacious King Kerry were alive and well and Mayor of London. (Fans of modern gender politics will be delighted to know the book has two heroines, both great with guns, and a transgender assassin – transsassin?)

James Goss has written Haterz (about making the internet a nicer place through murder) and is delighted to be Douglas Adams’s ghost writer. 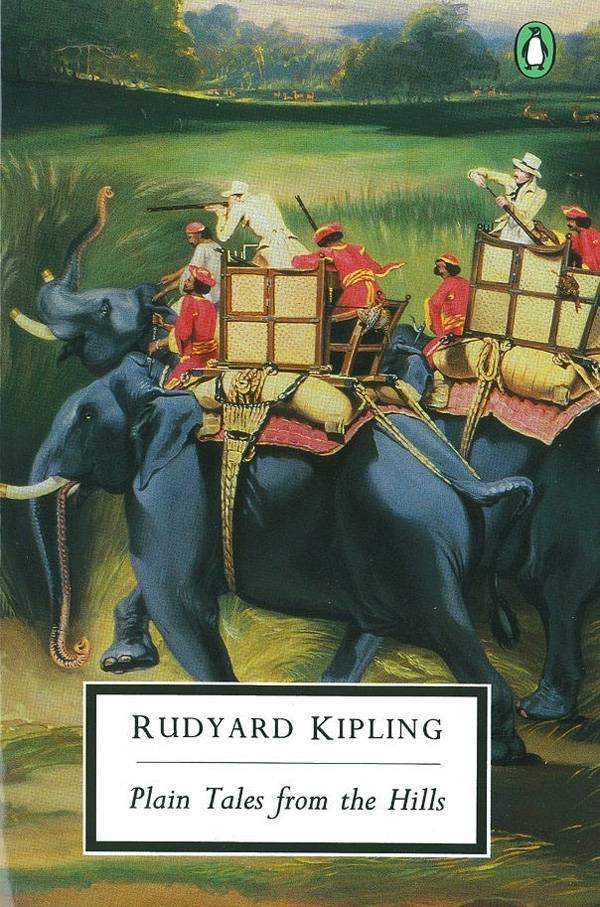 Plain Tales from the Hills by Rudyard Kipling, chosen by Garry Kilworth

I suppose because I was born at the tail end of the Empire and we talked in the school yard about the heroes of the time (obviously no longer PC) my favourite authors are from that period (some of them American, even though their empire came much later in the day). So, my favourite book is Plain Tales from the Hills, the book of short stories by Rudyard Kipling about India in the 1800s. His heroes range from young British subalterns to Indian ladies like the magnificent Mrs Mukerjee. The writing is of course excellent but I love them because the reader is regarded as ‘being there’ and part of the story. He will begin a tale with sentences like, ‘You will remember young Culliver, the officer sent to us at Simla from Meerut Station. I know, I know, a rather silly boy you’ll say, but there was a serious side to him and I’m going to tell you why . . .’

Garry Kilworth is currently deep into the writing of an Anglo-Saxon fantasy novel, with over a 100,000 words behind him. His inspiration came from acting as a volunteer steward at Sutton Hoo burial ground, where the boat burials of King Raedwald and perhaps several princes of the East Angles (around 625 AD) are open to interested visitors. He has written many science fiction, horror and fantasy novels in a career spanning some forty years. Latest publication is ‘The Ragthorn’ a collaborative fantasy novella with author Robert Holdstock, out with Infinity Plus Books this month. 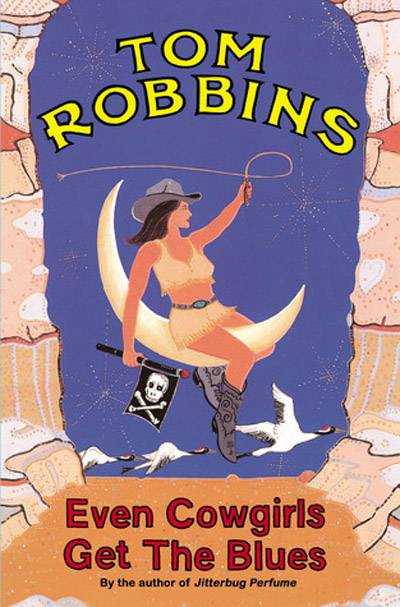 Even Cowgirls Get the Blue by Tom Robbins, chosen by Anna Jean Hughes

I spent a holiday thumbing through America with Sissy Hankshaw. There’s something special about a protagonist who sees a physical abhorrence as a gift and with Robbins’s insane prose to whisk you through it’s nothing short of brilliant 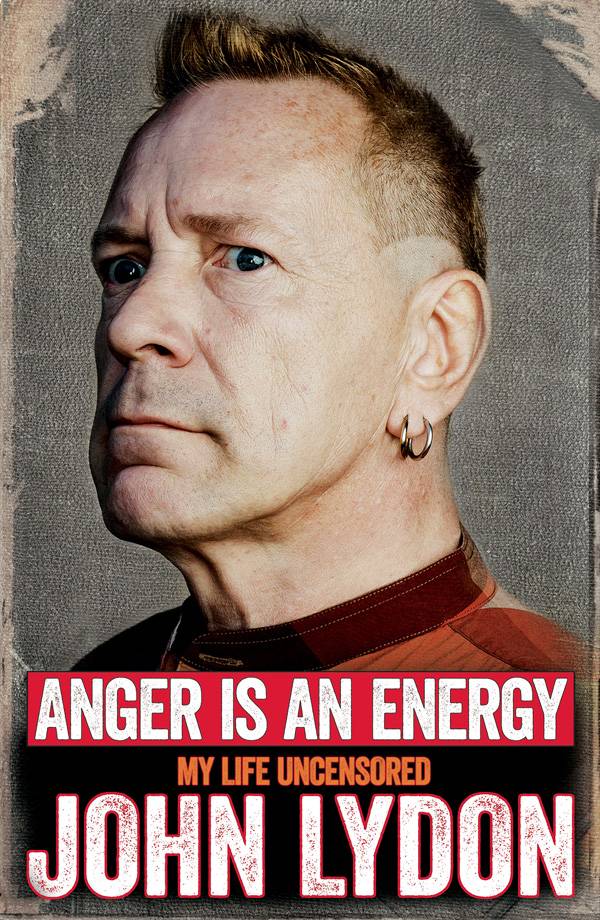 Anger is an Energy by John Lydon, chosen by Tim Lebbon

If you’re at all interested in modern music, Anger is an Energy, the autobiography of John Lydon (Johnny Rotten from The Sex Pistols), should be on your list.  It’s an honest account of his life and times, and what shines through is not only the rebellious songwriter and activist we all know and love––or love to hate––but a man who is sensitive, highly intelligent, and who hates unfairness in all its forms.  I’d want John Lydon at my dinner party.  Although I suspect he’d delight in causing a bit of a ruckus.

Tim Lebbon’s latest book is The Hunt (Avon). He is a New York Times bestseller, winner of several awards, scriptwriter, and spends far too long running up and down mountains and swimming in rivers in spare time he doesn’t really have.  Find out more at www.timlebbon.net. 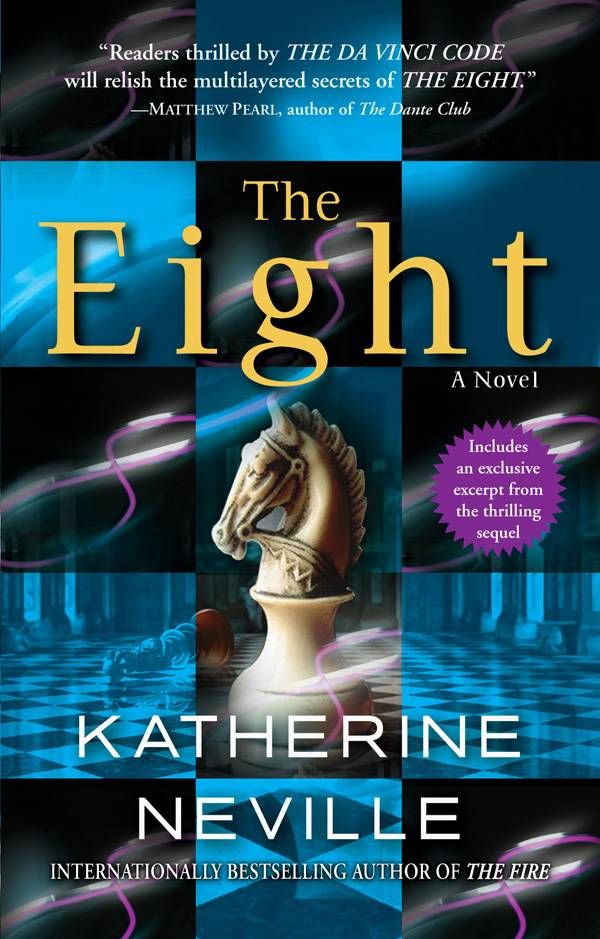 The Eight by Katherine Neville, chosen by Justin Richards

First published long before The Da Vinci Code, this novel also revolves round an ancient mystery – but it’s a lot deeper and more cerebral than Dan Brown’s book. With the narrative split between revolutionary France and the 1970s, it concerns a chess set given to Charlemagne in the 8th century. A chess set that has the power to change the world. Exciting, intriguing, and thought-provoking, it’s the sort of book that, once you’ve finished it you want to go out and buy more copies to give to your friends.

JUSTIN RICHARDS is the Creative Consultant to BBC Books for all their Doctor Who publishing, and has written a fair few Doctor Who books himself too.  As well as writing for children of all ages – The Invisible Detective Series, Agent Alfie, The Death Collector, The Chaos Code, The Parliament of Blood, The Wolfstone Curse and lots more – Justin is the author of the Never War SF series published in the UK by Del Rey and in the US by Thomas Dunne. The first two books in the series – The Suicide Exhibition and The Blood Red City are out in the UK in paperback.