DAD.info | Lifestyle | Play | Books | Books for You | BOOKS: Five thrillers you should have read (but probably haven’t)

BOOKS: Five thrillers you should have read (but probably haven’t)

Books, God help us but there are an awful lot of them. It’s no surprise that sometimes something great falls between the cracks and doesn’t get the colossal readership it deserves. Now, often thanks to digital publishing offering a low-cost lifeline to out of print titles, we can try and catch up on books we missed the first time round

When plain-clothes cop, Johnny Mays, appears to die in a car crash, many are thankful – not least of all his partner, Nick Frazier. Johnny Mays was dangerous, immoral and frequently worse than the criminals he was charged to convict. But is he really dead?

Stephen Gallagher, a successful screenwriter for over thirty years, has always maintained a parallel career as a novelist and short story writer. Much of his work both onscreen and in prose looks at what happens when science goes wrong (Chimera, Oktober, The Eleventh Hour) but he’s also a master of the simple thriller (if there is such a thing, which there probably isn’t but let’s accept the term and move on). The key to this success lies partly in his screenwriter’s sense of pacing, keeping those pages turning, but also because he’s such a fine writer of character. You invest in the people in Gallagher’s novels and Down River is no exception. 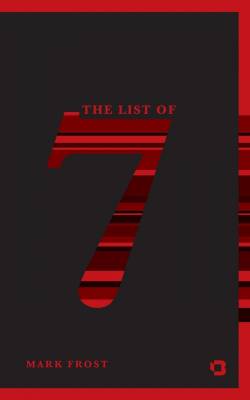 Sherlock Holmes is in fashion again. Back in 1993 when Frost, the co-creator of Twin Peaks alongside David Lynch’s brilliant hair, wrote this masterful blend of Victorian conspiracy thriller and the occult, it was less of a crowded field. The story takes Holmes’ creator Sir Arthur Conan Doyle and teams him up with Jack Sparks, an agent to Queen Victoria and model for Doyle’s most famous character.

After witnessing a murder at a seance, Doyle becomes embroiled in a far-reaching, break-neck thriller taking in secret societies, black magic and several other well-known historical figures including Bram Stoker (the author of Dracula). It’s relentless fun, brilliantly written and was once considered for a movie adaptation by Guillermo Del Toro (Pan’s Labyrinth, Hellboy). 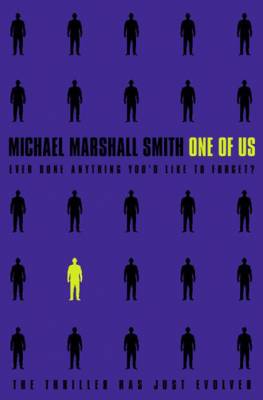 One Of Us by Michael Marshall Smith (Harper)

Michael Marshall Smith is one of the most annoying people in publishing because he makes other authors’ books look so dull. In 2001 he ditched the ‘Smith’ and became the hugely successful author of The Straw Men trilogy, thrillers that, while still wonderfully packed with invention and wild ideas, were a little more conventional than the sci-fi tinged books that had preceded them.

Here, we follow the misadventures of Hap Thomson, a down-at-heel chancer who has found a lucrative living as a REMtemp, someone who takes temporary possession of unwanted memories from wealthy clients. When one of those memories is of a murder, and the client who gave it to him vanishes, he is stuck in a race to find the truth. As exciting and twisted as it is funny, One of Us, like all of Michael Marshall Smith’s novels, is as fresh and original now as it was on publication. Not many books start with a man being pursued by his malfunctioning, AI alarm clock and end with a religious experience. 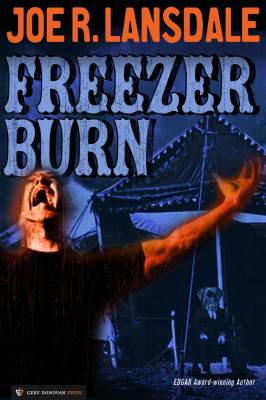 Joe R. Lansdale, one of the few authors who can kill a reviewer using a martial art he’s invented. His books often walk a fine line between the humorous, the grotesque and the heartfelt. Nobody can make you care for the outsider quite as much as Lansdale.

In Freezer Burn, our unlikely hero is Bill Roberts. He’s a stupid, petty thief who is chased into a Texan swamp by the police and emerges, near death, brutally disfigured by mosquito bites. He joins a freak show and that’s when his adventure — and path to possible redemption — really begins.

The recent adaptation of one of Lansdale’s early novels, Cold in July, is an excellent excuse — not that one is needed — to explore his huge back catalogue of quirky tales, of which Freezer Burn is one of the best. 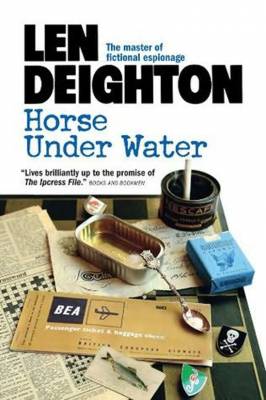 There was an awful chunk of time when Len Deighton was all but out of print. No doubt this is partially because his ferociously witty spy thrillers seemed a product of their time and nobody quite knew how to sell them. Now, thanks to an extensive re-print programme, all of his novels are back with us both in print and digital (and with new, eye-opening introductions).

Horse Under Water was his second novel and also the second to feature his unnamed British spy hero. Once Michael Caine played him, the spy gained a name: Harry Palmer. Of the four novels to feature the character*, Horse Under Water is the only one not to have been filmed. It is, therefore, one of his least discussed. Which is a shame as it’s one of his best. A mission to retrieve counterfeit money from a sunken Nazi U-boat turns into a complex story of drug-running and political conspiracy. Filled with some of the wittiest and most beautiful turns of phrase ever to grace a page, it’s time we embraced Deighton as the national treasure he undoubtedly is (and always was).

* Perhaps it’s more correct to say ‘definitely’ feature the character as there’s some confusion, fuelled by the author, as to whether the narrator of another of Deighton’s novels might be the same man.