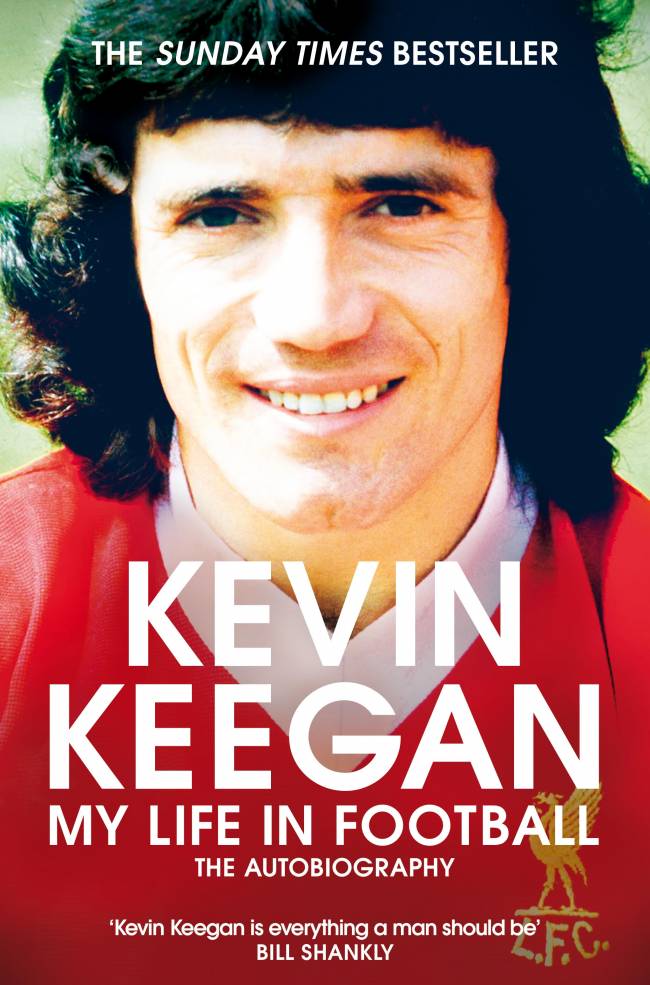 To celebrate the paperback release of Kevin Keegan’s new autobiography, My Life In Football we have partnered with Pan Macmillan to give one lucky winner the chance to win a copy!

To enter come over to us on Facebook or Twitter and answer this question – Where was Kevin Keegan born?

My Life In Football: The Autobiography is available in paperback in stores now.

Fifty years since making his professional debut, Keegan tells the full story of the exhilarating highs and excruciating lows, from that epic battle with Sir Alex Ferguson and Manchester United in the 1995-6 season, as well as the pain of managing England and, finally, the shattering truth about his unhappy return to Newcastle in the controversial Mike Ashley era.

My Life in Football is the story of the miner’s son from Doncaster who became a superstar, at Dad.info we haven’t yet read it cover to cover but wanted to share this extract with you. As parents we all wonder what impact our parenting decisions have on our kids and here is Kevin Keegan reflecting on his Dad.

My dad, Joe, was from the north- east and a typical miner. He knew all about hard graft. He loved a pint of beer, he smoked his Woodbines and he liked to go to the betting shop on Saturday morning to have a flutter, often taking me with him to hear about the ‘gee- gees’. He would talk to me about Newcastle legends such as Hughie Gallagher and Jackie Milburn and I found out many years later that he used to write to ‘Wor Jackie’ when I was playing for Liverpool. Jackie could be located in the press box at St James’ Park by that stage, as a football journalist for the News of the World, and Dad used to send him letters to say how proud he was of his son.

Dad was not a sportsman himself, but I had the football bug from a very early age. My first ball was a present from my uncle Frank, with his initials, FK, inscribed in the brown leather from when it belonged to him, and a win on the horses helped Dad pay for my first pair of boots – second- hand Winits from Harrison’s sports shop, run by the former Doncaster centre- forward Ray Harrison. Apart from war service in Burma, Dad had spent a lifetime down the pits, and he paid the price for it, as many did in an era when miners did not have to wear masks or suitable protective clothing. Dad had to endure severe bronchitis, silicosis and, ultimately, cancer. His skin was pitted from the coalface and, though he was proud to belong to the mining community, he always used to tell me not to follow him down the pits. He did not want me to suffer the way he had done, with the awful, hacking cough I used to hear first thing every morning, and the time, when I was nine, that he was so ill he took my sister, Mary, and went to convalesce at an aunt’s house in Llandudno.

Dad eventually had to come out of the pits when he was fifty-eight. He found another job, working in the boiler room of the local International Harvester plant, but when he went for his pit pension, the tests showed traces of malaria in his system, some-thing he had picked up in the jungles of Burma, and that meant neither he, nor later my mother, Doris, was entitled to the full amount. He did well to make it to the age of seventy- one and, though it was always a regret he never saw me play for Newcastle, I am glad he lived long enough to share some of my proudest moments. Dad used to keep pictures of me in his pocket when I was at Liverpool. I would go to the Liberal Club in Doncaster with him for a drink sometimes. Someone would ask for an autograph and, quick as a flash, Dad would reach into his pocket. ‘Here,’ he’d say, ‘have a picture too.’

No alternative prize is available.

Fathers can be just as susceptible to depression as mothers. Studies have shown that one in 10 dads will experience post-natal depression, with new dads more susceptible three to six months after their baby is born. However, the good news is there’s a natural way to...