DAD.info > Lifestyle > Play > Days Out > Days Out with the Kids > Through the Looking Glass in Llandudno

Through the Looking Glass in Llandudno

A new trail around the Welsh seaside town celebrates the legacy of a classic children’s story, says David Atkinson 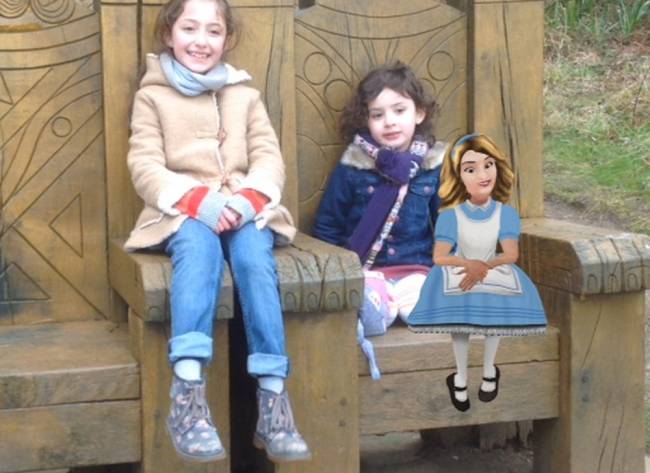 The 10-year-old schoolgirl from Llandudno is the reigning Miss Alice Llandudno, an ambassador for the resort to highlight its unique connection to a classic tale.

“I had to answer questions about the real-life Alice to win the title,” she explained, pouring lemonade form a Wonderland-themed teapot when we meet her at the St Tudno Hotel. “She was, I think, a little girl with a big imagination.”

This year marks the 150th anniversary of the publication of the story Alice’s Adventures in Wonderland by the Cheshire-born author Lewis Carroll.

The author took his inspiration from meetings with Alice Liddell. It is alleged that Carroll, a family friend, would visit the Liddell clan at their holiday home in Llandudno in the 1860s.

I set out at half term with my two little girls, Maya (eight) and Olivia (four) to follow a new walking tour of Llandudno, the Victorian seaside in North Wales, and find out more about the little girl behind the story.

But, as well as the official trail map, we were joined by Simon Burrows from Alice Town Trails to preview a couple of 3D apps, available to download to smartphones and tablets.

They each form a two-hour trail and use the built-in camera to bring a street scene to life with animated Wonderland characters, telling stories at locations along the way to reveal connections between Alice and Llandudno.

“It’s a classic story that manages to re-invent itself for each generation,” says Simon. “I still remember my gran reading the story of Alice as a boy and inventing voices for the characters.” 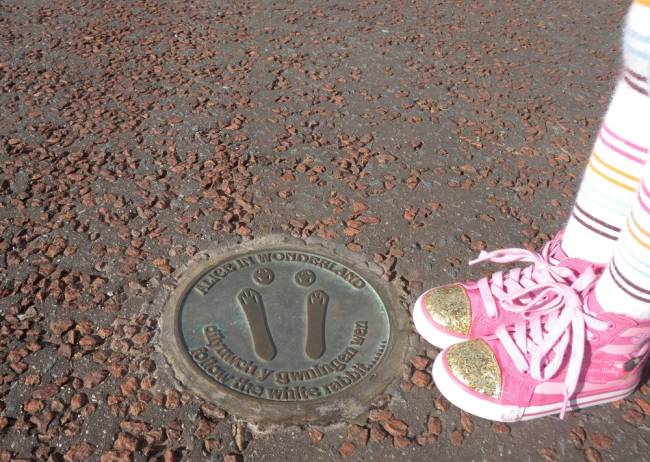 Starting with a circuit of the 20-odd locations from the White Rabbit app, we skirted the backstreets, passing a wooden-carved White Rabbit sculpture. Heading out onto the grand sweep of the promenade, sandwiched between the twin headlands of the Great and Little Orme, the girls clambered over the statue of the Mad Hatter and admired the giant pocket watch by the pier.

While Olivia posed for photos and searched for the next set of footprints, Maya was busy playing video clips from the app to learn more.

The next leg climbed into the genteel gardens of the Happy Valley with a host of Alice-themed curiosities to explore. Olivia loved the sculpture of the Cheshire Cat while Maya tried out a carved throne fit for the Queen of Hearts. We finished by the hilltop Camera Obscure for views across Llandudno and a chance to try out the app’s interactive Croquet Lawn Challenge game.

“I thought the app was really fun and easy to use. I liked the way the characters brought the story to life,” said Maya as we headed down the Zig Zag Path towards the promenade. 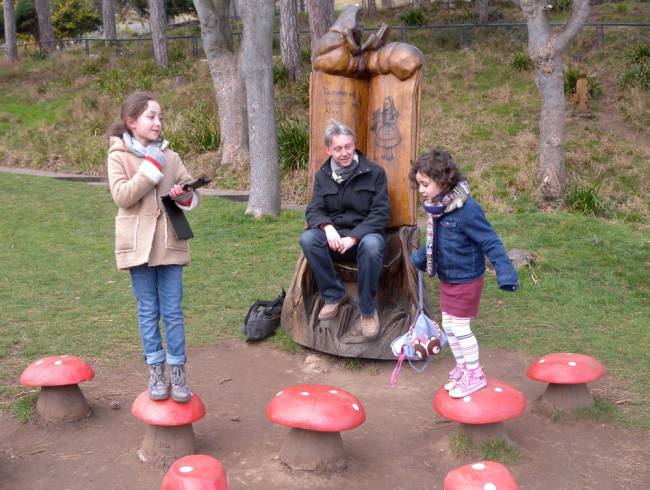 After a couple of hours exploring, it was time for a little half-term treat.

The Alice in Wonderland afternoon tea, served at the St Tudno Hotel, served up sandwiches, scones and cakes on crockery decorated with characters from the story. You can even book a bit of live theatre with your tea, character actors recreating the Mad Hatter’s tea party.

The girls tucked into Queen of Hearts jam shortbreads and Eat Me cupcakes, while I sank back into the lounge sofas with a cup of Earl Grey and some warm-buttered Welshcakes.

The Liddell family was a regular visitor to the hotel and a copy of the 1861 census shows Henry George Liddell and his five children, including a then eight-year-old Alice, as hotel guests. 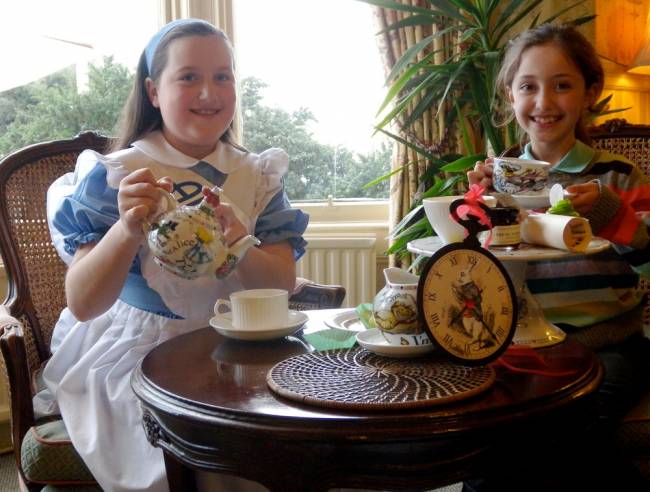 We’ll be seeing lots more of Alice this year with events for the 150th anniversary.

The Alice Look, a free display at the V&A Museum of Childhood in London opens in May; wonder.land, a new musical with music by Damon Albarn, will premiere as part of the Manchester International Festival in July.

In Llandudno, Alice Day will be staged on May 1 this year and the plan is to use the event to raise awareness of the resort as the natural home to the Alice story. As well as the trail and accompanying apps, there are plans to resurrect the closed Alice museum and develop more events around the Alice theme.

“We want to make Llandudno Alice’s permanent home,” says Barry Mortlock, Co-Director Alice in Wonderland Ltd. “It will be a focal point for Alice enthusiasts from all over the world.”

Find out more at Visit Llandudno and Visit Wales.