JUPITER ASCENDING AND THE REST OF THIS FORTNIGHT’S MOVIE RELEASES

So the second and third instalments of The Matrix weren’t all that good, but the Wachowski siblings are never less then innovative – Cloud Atlas is testament to that. That’s the case here – a giant (and original we might add) space opera with pointy-eared aliens, intergalactic royal rivalries and shedloads of epic action.

Oyelowo is dynamite as Martin Luther King Jr in this biopic-cum-historical drama about a crucial march at the height of the civil rights movement during the Sixties. King’s group attempt to march from the small Alabama town of the title to the state’s capital is full of political wrangling, hubris, hope, violence and staggering bigotry, which stings sharply when you watch it now. There’s able support from a predominantly Brit supporting cast too, with Wilkinson as President Johnson and Tim Roth as a racist local governor. A history lesson sure, but one which fills the heart too. 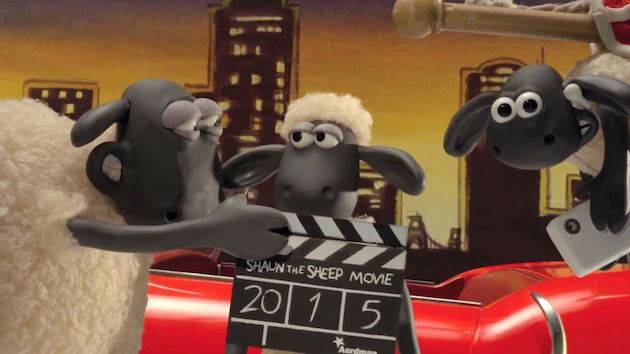 Shaun makes his way to the big screen courtesy of Aardman Animation, as he and his flock have to leave the safety of the farm and head to the city in order to rescue the farmer. Expect the TV show on a bigger, more exciting canvas – which will please any kiddie fans no end because finally there’s an excuse to eat popcorn which watching their favourite show.

Okay, perhaps this is more one for the wives and girlfriends, but you never know, maybe you’ll be expected to go out for a date night and see the screen adaptation of EL James’s mega-hit. What you’ll get is the serial killer from BBC’s The Fall all suited and booted as Christian Grey, who pulls young Johnson into his web of kinky sex and submission. Dornan certainly has the magnetism to pull off the lead and Johnson is suitably naïve. Whether cinema audiences will respond in the same way as readers? Difficult to tell.