Having interviewed our own real space dad for Dad.Info (Astronaut Dad) and explored Luca Parmitano, commander of the current ISS mission’s palpable sense of loss at leaving his children we were fascinated by the BBC’s run down of Space Dads in film.

It got us thinking. How are Dads portrayed on film and why? 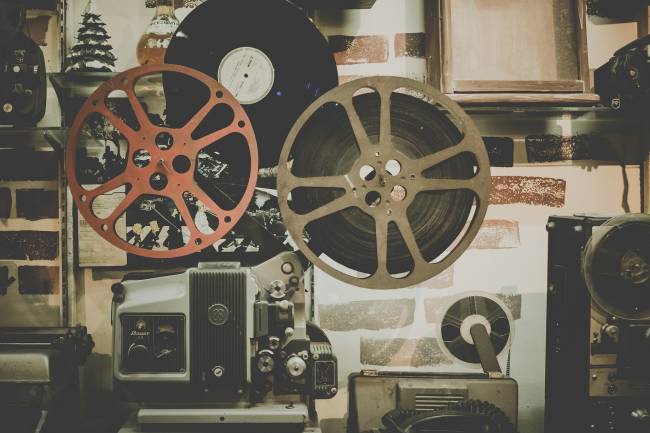 Well that isn’t the ideal approach to take with your child and really doesn’t work out for Danny DeVito’s Harry Wormwood, Dad to hyper intelligent and telekinetic daughter Matilda.

There are some awful Dads out there caught on film and all those fictional characters say a lot about how we are all imagine we ought to be dads. Think of The Shining (1980) and the infanticidal tendencies of Jack Nicholson’s character. Kubrick’s film which followed a father trying to murder his family was an exploration of human evil. Moving from the murderous to the cowardly, Ruben Östlund’s Force Majeure (2017) watched a family unravel or try the sleezy father in Sam Mendes’ American Beauty (1999). Dads that maim, George Lucas’ Darth Vader chopping his son’s hand off before announcing “I am your father”. Dads that abuse in Thomas Vinterberg’s Festen (1998). Dads that screw up, however bad a day you are having with your children at least you probably haven’t shrunk them like Rick Moranis in Honey I Shrunk the Kids (1989).

By the by… Rick Moranis in real life was a great Dad, following his wife’s death he made the tough decision to pause his career to be a single stay at home for his children.

But what about the good guys… the Dads we should aspire to be like?

Growing up one of my favourite stories about fatherhood came from an unusual place. The science fiction, action, thriller Terminator 2 (1991). I was 11 when T2 came out so I must have seen it on VHS about a year or two after its release and even from that early age the themes of parenthood and responsibility really resonated with me. As a child, I was devastated as (****spoilers****) Arnold Schwarzenegger’s T800 is lowered into a boiling vat of metal by his tearful erstwhile ‘son’ John Connor who he has travelled back in time to protect. As an adult watching the film again Sarah Connor’s voiceover in the desert as she watches the Terminator play with her son John really hits home.

She says: “The Terminator would never stop, it would never leave him… it would always be there. And it would never hurt him, never shout at him or get drunk and hit him, or say it couldn’t spend time with him because it was too busy. And it would die to protect him. Of all the would-be fathers who came and went over the years, this thing, this machine, was the only one who measured up. In an insane world, it was the sanest choice”

Well that sounds like a mantra to live by.

Science fiction has a preoccupation particularly with parenthood and the stresses and strains that the transformation affected to humans by technology has on this most primal of relationships. Terminator 2 is an absolute genre classic, blending intense action, ground-breaking special effects (that still stand the test of time) and knock out performances. But it’s this theme of what makes a good father that really speaks to me after all these years. That it’s not biology but rather behaviour that makes a good parent, and surely that is a lesson that we can all take away from this classic, 28 year old movie.

Is there a film that has inspired you to be a better father if so let us know what it is and why. Come and chat on our forum: www.dad.info/forum

Sharks: Exploding the Myths Behind The Meg

Who would have thought when author Peter Benchley wrote the book Jaws in 1974, that it would change people's perception of sharks forever? And how many times has a grizzly scene from the iconic Spielberg movie popped into your head when you've entered the sea for...