Musicians Support Nick Cave Through His Time of Grief

Following the horribly shocking news that Nick Cave’s 15-year-old son Arthur died on Tuesday, 14th July after falling from Ovingdean Cliffs near Brighton, the world of music has offered its condolences to the Bad Seeds singer. 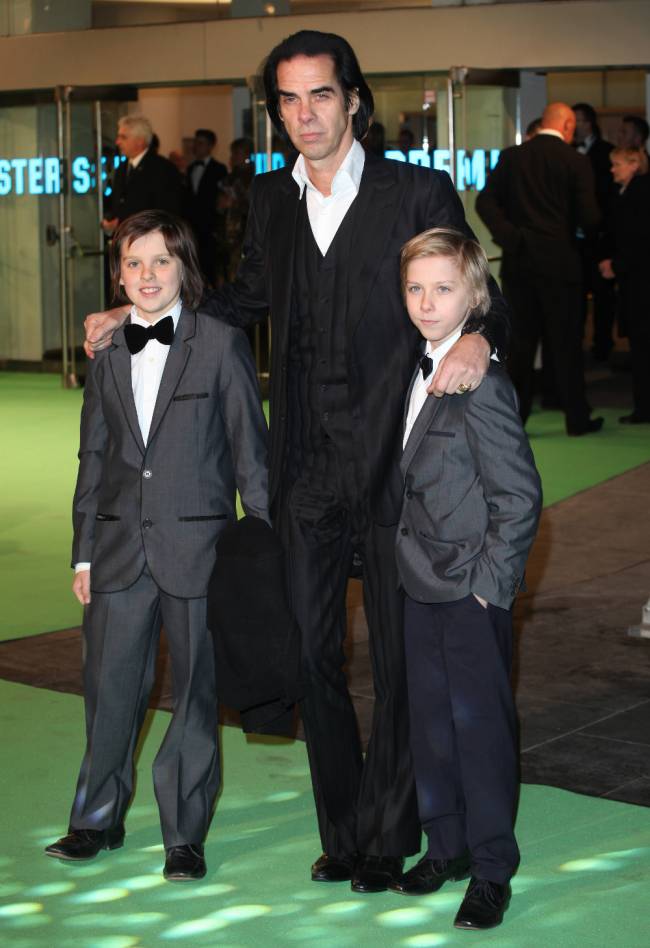 Using social media, various stars of the industry have publicly declared their sadness and support for the Cave family as they deal with this devastating loss.

Wayne Coyne of The Flaming Lips Instagrammed a photograph of himself with Cave, captioning it “”Our hearts go out to Nick Cave and his family ….so sorry for your tragic loss… Our thoughts are with you…” 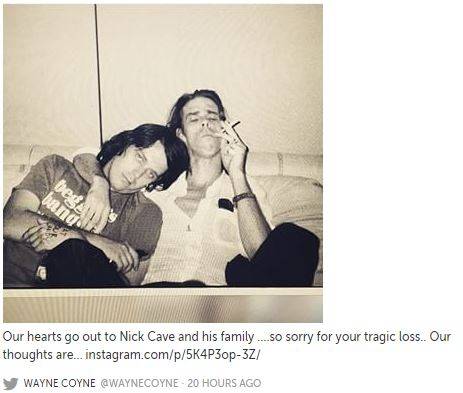 Other artists, including Cat Power, Stuart Murdoch of Belle and Sebastian and bands such as Unknown Mortal Orchestra and Warpaint also expressed their sympathy.

Sussex police are not treating Arthur’s death as suspicious, explaining that despite the best efforts of Newhaven Coastguard and the passers by who discovered the young boy after his fall, he passed away at the Royal Sussex County Hospital of his injuries.

Arthur was a twin to his brother Earl, who are the children of Nick and his wife Susie, who have lived in the Brighton area for some years. The boys appeared in their dad’s 2014 film, 20,000 Days on Earth. The family have asked for privacy during this difficult time