The latest instalment in the Star Wars saga, The Last Jedi, is released on December 15th, so what better time to plan a cosmic Star Wars-inspired European escape for next year?

The team at Celebrity Cruises have scoured Europe for destinations that mirror the famous locations of the films so closely, you might be left expecting an AT-AT Walker to stomp past. Light sabres at the ready…

1. Finse, Norway – The Empire Strikes Back

As we hope for a white Christmas every single year, where better to start than Hoth, the icy planet that first appeared in The Empire Strikes Back? Famous for The Battle of Hoth, this planet sets the snowy scene for Luke Skywalker and the Rebel Alliance to fight against the Imperial soldiers.

Finse in Norway provides a much more serene setting, but with the exact same views – it was actually a filming location for exterior shots of Hoth. The small village leads off to wide-ranging, Arctic-like expanses of fresh snow, glistening in the sunlight. A must if you’re in Norway… especially if you’ve always fancied re-enacting your favourite scenes from Episode V.

2. Skellig Michael, Ireland – The Force Awakens and The Last Jedi 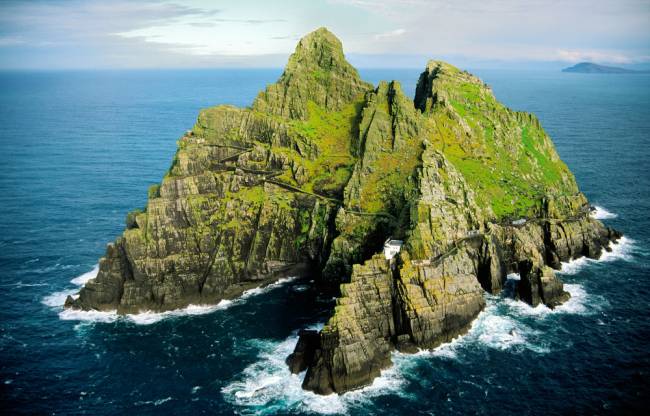 So far, we don’t know the name of this island, or where it actually is in the Star Wars universe, but it has great significance at the end of The Force Awakens and is sure to play an even bigger part in The Last Jedi, featuring heavily in each of the trailers.

Located off the south-west coast of Ireland, you’ll recognise this as the place Luke Skywalker has been hiding out, and where Rey finds him before the credits roll on The Force Awakens.

Steeped in history, Skellig Michael was home to monks between the 6th and 8th centuries, who practiced Christianity for around 600 years. Now the island is a tourist attraction, that can be visited by boat or seen from the mainland. 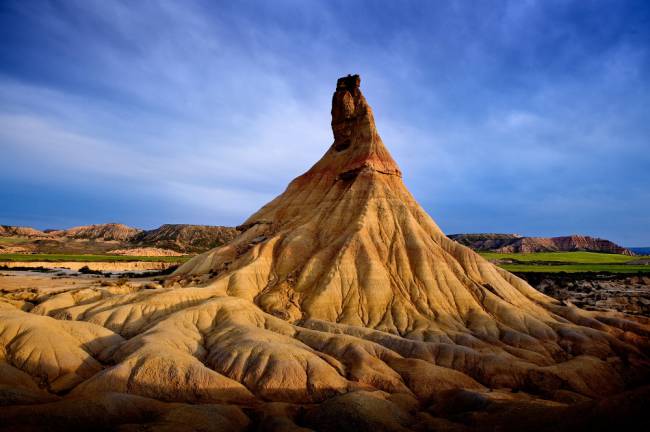 One of the most famous landscapes throughout the rich history of Star Wars has to be the other-worldly desert of Tatooine. It plays home planet to Luke and Anakin Skywalker, characters who need no real introduction but are two of the most pivotal characters in the fight between the Empire and the Rebel Alliance.

Scenes in the films featuring Tatooine were shot in Death Valley National Park in the US and Island of Djerba in Tunisia, but the European  equivalent to this wild land can be found much closer than you might think, in Bardenas Reales National Park in Spain. This huge park reaches across 100,000 acres of clay, chalk and sandstone, that have been eroded away by wind and rain to leave shapes that look like they’re straight out of a sci-fi film set. 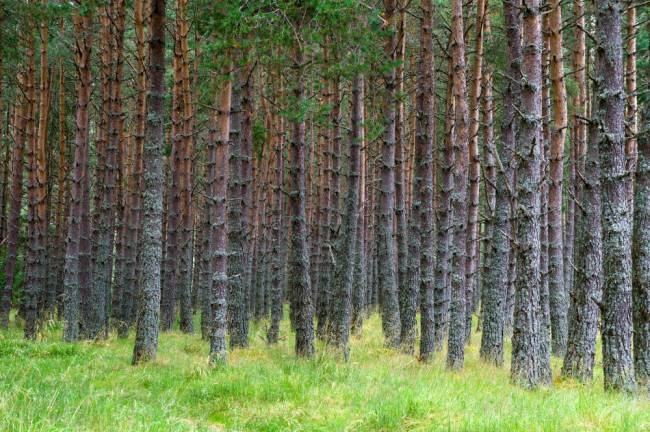 Another favourite amongst the vast number of planets in the Star Wars universe is Endor, home of the furry Ewoks from 1983’s Return of the Jedi.

The original filming location of Episode VI is in California but since filming in 1982 it has sadly fallen victim to heavy logging, leaving the landscape almost unrecognisable. A much more affordable journey up to Glenmore Forest in Scotland is the next best thing, with dense untouched forest and lush greenery transporting you to Endor in the heart of Cairngorms National Park. 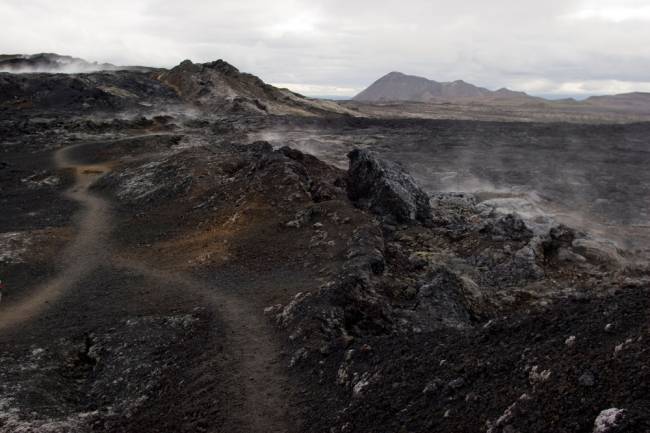 If you’re a fan of Star Wars, there could be a high possibility you’ll also be a fan of Game of Thrones. If so, Krafla Volcano in Iceland is a two-for-one great destination, as it’s a filming location for both franchises.

For Star Wars, the volcanic landscape brings us right up to date, featuring in both The Force Awakens and Rogue One as the Imperial Starkiller Base. (For the Game of Thrones fans wondering, Krafla Volcano and its surrounding area has been used for scenes beyond ‘The Wall’ in wildling territory). With Iceland being so high up on so many bucket lists, it’s well worth tying in a visit during your trip. 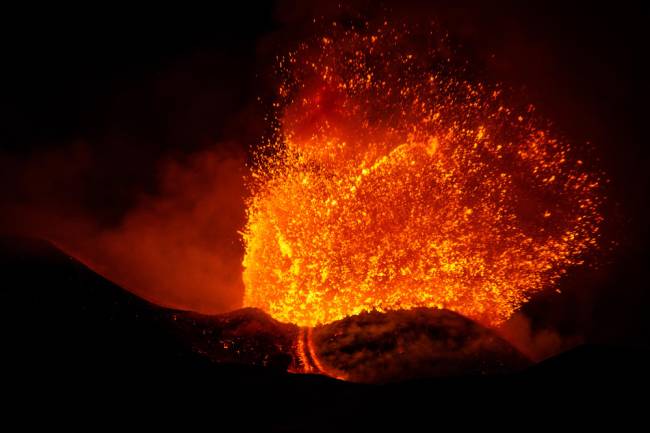 The battle scene on Mustafar between Anakin Skywalker and Obi-Wan Kenobi is one of the most memorable from the polarising prequels.  While the actors didn’t actually film amongst the roaring lava of Mount Etna, the location was used as inspiration to design and create the CGI-setting.

Star Wars fan or not, Sicily is a must-visit location, with the active volcanic bursts of Mount Etna just one of the many attractions on the sun-soaked island. 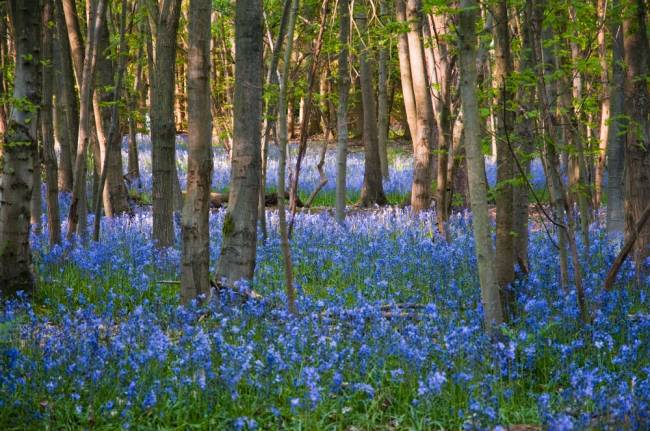 If you have to pinpoint one character from this beloved franchise that instead of being heralded like a Han Solo or Chewbacca, leaves fans cringing, it has to be Jar Jar Binks.

But even he can’t ruin this beautiful English woodland, especially when bluebell season hits. In The Phantom Menace, this is the location the Gungan that shan’t be named (Jar Jar) first meets Obi-Wan Kenobi, with Whippendell becoming Naboo Forest. This transformation is all thanks to some substantial computer-generated additions, with Naboo’s underwater cities that dive down from the picturesque forest (or any water for that matter) surprisingly hard to come by in the real-life Whippendell. 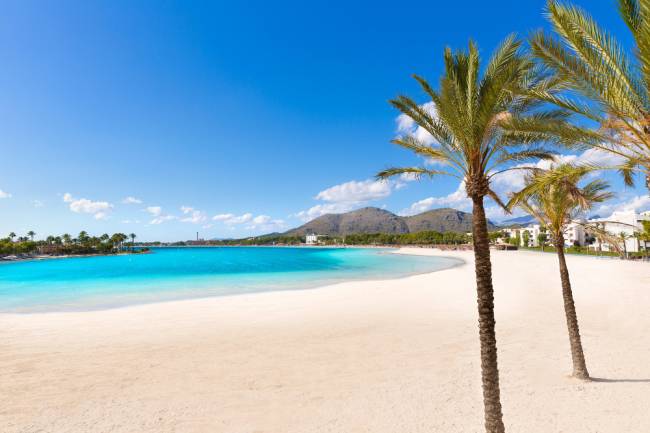 The small, tropical planet of Scarif played a major part in Star Wars: Rogue One – this remote spot houses the Galactic Empire’s most classified projects, including details about construction of the Death Star. The epic Battle of Scarif takes place on its white-sand beaches, beneath the palm trees and amongst the jungle-like undergrowth.

Although the filming location for Scarif was in the Maldives, you can soak up similar scenery much closer to home in Platja de Alcudia in Mallorca. With shallow, turquoise waters, seven kilometres of white beach and plenty of facilities available, you can luxuriate in a tropical paradise without being bothered by a single Stormtrooper. 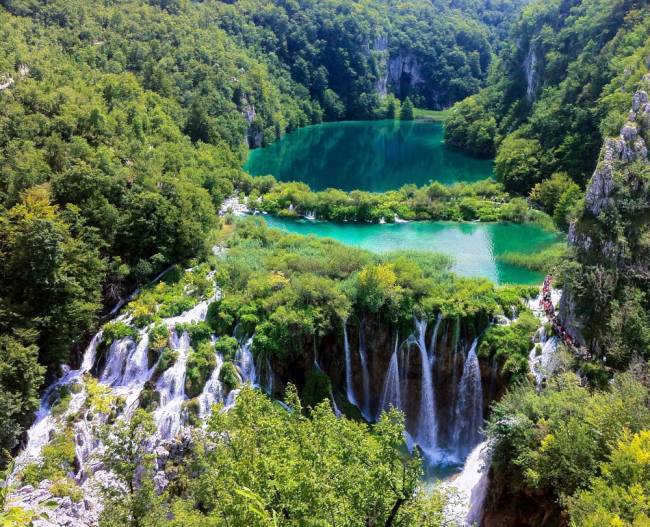 It’s rare to catch moments of relaxation in the Star Wars movies – characters usually fill their time with the important business of the rebellion and battling the bad guys at every opportunity. However, we get to enjoy a little bit of down time in Attack of the Clones with Anakin and Padme, as they stroll peacefully through the green meadows of her home planet Naboo, falling in love with spectacular waterfalls as their backdrop.

While a lot of this scenery was CGI, you can find similar landscapes in central Croatia, at the Plitvice Lakes National Park. These 16 lakes are renowned for distinctive blue-green colours, their many tumbling waterfalls and the surrounding dense green vegetation. 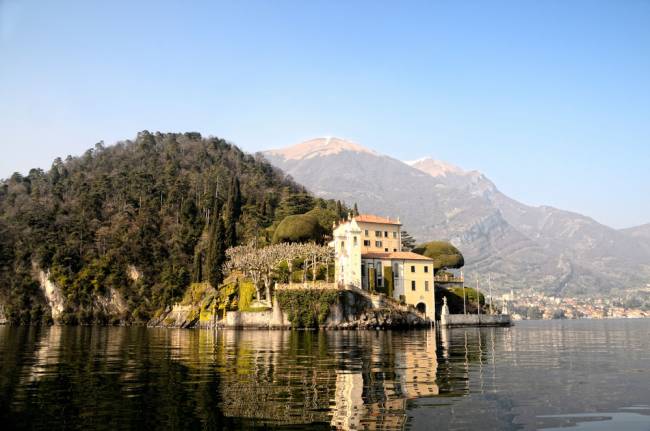 The relationship between Anakin Skywalker and Padme Amidala may have been ill-fated, but their happiest times were spent on Naboo, in Attack of the Clones. It was here, on the terraces of her beautiful lake-side home that the pair were married in secret, with just the droids C-3PO and R2D2 as their witnesses.

The real-life setting for these scenes was Villa del Balbianello, a gorgeous villa overlooking the shores of Lake Como in Italy. This dramatic spot draws visitors from all over the world, hoping to wander around the lush gardens, while soaking up the panoramic views across the lake. The villa can even be booked for weddings, so you can recreate some of the franchise’s more romantic moments for your own nuptials. 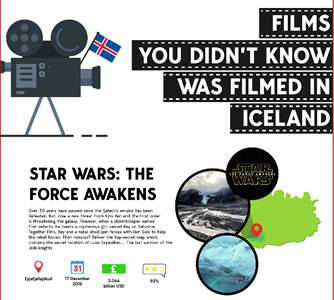