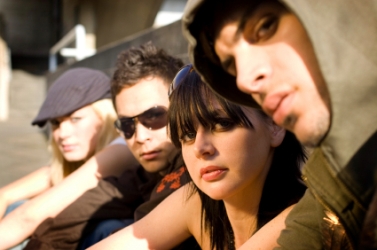 When your sweet and biddable child suddenly turns into a sullen teenager, spending more time with them may seem like the last thing either of you wants to do.

But it will do them the world of good, US researchers say.

They studied 200 families over seven years, and found teenagers who spent more time with their parents tended to have better social skills and higher self-esteem.

While the time teenagers spent with their parents from early to late adolescence steadily declined overall, this was mostly ‘social time’, shared with other family members or friends.

Perhaps surprisingly, one-on-one time with a parent, whether doing homework, watching television or going out, rose in ‘early to middle adolescence’, defined as up to the age of about 15. Professor Susan McHale, the study’s author, believes this time may be crucial to teenagers’ wellbeing.

The parents, all married with at least two children, spent more time with their second child as they got older and had less conflict with them, suggesting they learned from their experience with the first child.

In the study, published today in the journal Child Development, Professor McHale wanted to test the stereotype of teenagers asserting their independence by avoiding their parents.

She found many still wanted a close relationship, but in more ‘intense’ periods.

‘While adolescents become more separate from their families, they continue to have one-on-one opportunities to maintain close relationships with their parents,’ she said. The connection with self-esteem and social skills was particularly strong for teenagers who spent more time with their father, possibly because this was more likely to involve leisure activities and joking around.

But Professor McHale said it could also be because the mother’s role is so ingrained in a child’s life that it ‘can easily go unnoticed and unacknowledged’.

Her team examined children from the age of eight to 18 using personality questionnaires and regular interviews, both on the phone and in person, every year.

Across the teenage years, the elder child spent on average eight hours a week of social time with their mother, and seven with their father.

This went up to eight and a half and seven a half respectively for the younger child.

Want to read more about this story?  Check out the Mail Online website.