New research has revealed that parents are losing over 400 hours a year in the battle to get their kids to sleep. 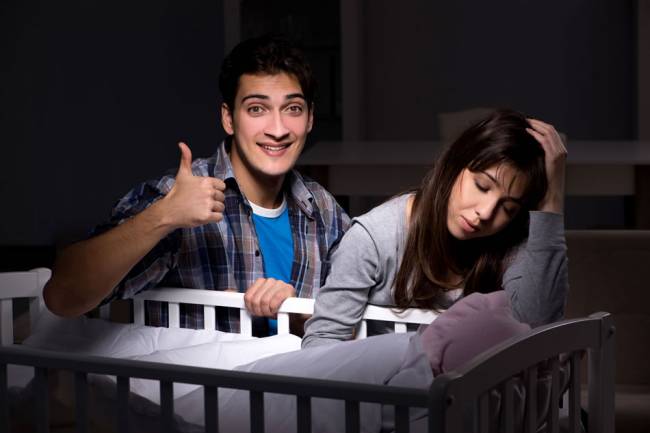 Parents are losing 52 nights worth of sleep each year trying to get their kids to bed according to new research released by preschool TV channel Disney Junior UK today. The study found that the average parent spends almost eight hours trying to get their child to nod off or back to sleep during the night each week – equating to over 400 hours a year.

Despite 55 per cent of parents saying they have a bedtime routine for their children, more than half (51 per cent) say bedtime is the most stressful part of their day.

The figures have been released to mark the launch of Disney Junior UK’s new Parenting Hacks podcast, which brings together parents, experts and special guests to explore tips, tricks and ways to support busy parents. It is hosted by TV personality Helen Skelton and is available to download on iTunes and Spotify from today. The first episode takes inspiration from Disney Junior UK programme PJ Masks – a show about how three kids transform into superheroes when they put on their pyjamas.

The series explores some of the key findings from the study, including that four in five parents (79 per cent) with children in preschool want them in bed and asleep before 8pm, but almost two thirds (58 per cent) fail to do so and 10 per cent admit their child goes to bed after 10pm. Even after books, baths and brushing it still takes 43 minutes on average to get them to settle, with four in ten kids (38 per cent) regularly getting up during the night.

It is no surprise that this leads to a lack of sleep for parents, with 47 per cent saying it makes them feel bad-tempered and more than a quarter (27 per cent) worrying about the effect it has on their relationship. Men find bedtime more stressful than women, with 17 per cent of dads saying it is a strain every night, compared to 12 per cent of mums.

Regionally, Brighton and Liverpool are bedtime trouble hotspots, with parents losing 10 hours of sleep a week thanks to their troublesome bedtimes, whereas Sheffield is the calm capital with parents only losing six hours of sleep.

Parenting expert Dr Claire Halsey, who worked in conjunction with Disney Junior UK in the creation of the Parenting Hacks podcast, said: “We all know how stressful it can be getting our children to go to sleep, and this can have an effect on our own bedtime routine. However, there are ways to help settle your child so they feel peaceful and calm during this important time of the day, which in turn allows you more time to relax and prepare yourself for a good night’s sleep. The key factor is finding a routine and sticking to it, and there’s some great tips, tricks and guidance in picking up the right habits both in the podcast and in Disney Junior’s ongoing TV programming for preschoolers.”

TV personality and Disney Junior UK podcast host Helen Skelton said: “I have been blessed with two beautiful children but as anyone with two little boys under the age of four will tell you they can be a handful! Bedtime as you can imagine with the two being the age they are can be stressful, both in getting them down and during the night. The new Disney Junior UK Parenting Hacks podcast is aimed at helping all those parents who have similar challenges and in the episodes to come we’ll be tackling and giving some more tips and tricks on a range of other topics to help busy parents.” 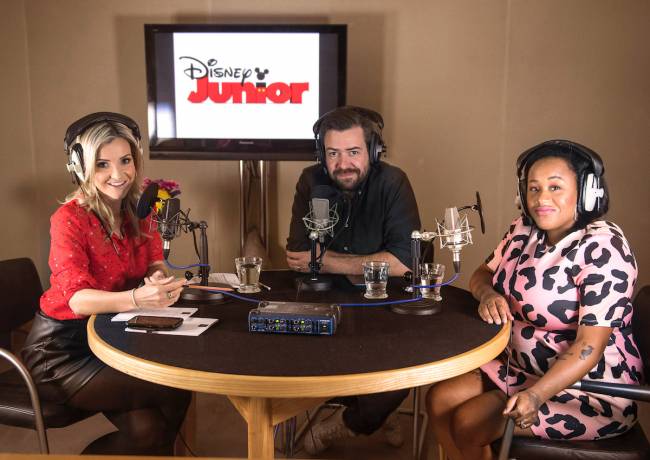 David Levine, General Manager, Disney Channels UK & Ireland comments: “Disney Junior UK understands that being a parent can be stressful at times, and we are thrilled to launch Disney Junior UK’s first ever podcast, which will explore parenting hacks to make life that little bit easier. It’s fantastic that TV shows such as PJ Masks can spark conversations around everyday problems that ordinarily may be difficult for parents and children, and in turn offer support by showing solutions.”

The Disney Junior UK Parenting Hacks podcast can be downloaded on iTunes and Spotify.