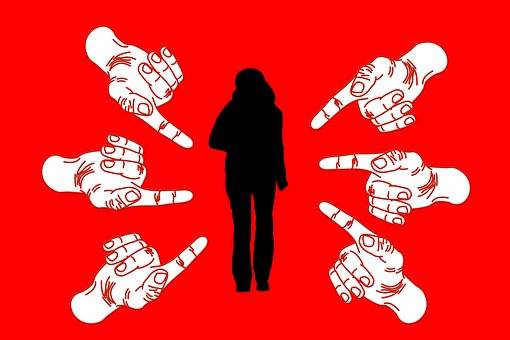 It is Children’s Mental Health Week, so at DAD.info we are looking at the impact of mental health issues among children and young people.

Millions of parental hearts stopped at the recent headlines “Instagram Killed My Daughter”. The heartbreaking story of Molly Russell, added to the many children and teens whose lives have been destroyed by social media, echoed in many families.

Parents feel caught between a rock and a hard place with social media; ban it and their child will suffer social exclusion, or allow it and run the risk of their child being exposed to cyberbullying, sexting, or worse.

Here at Fegans we provide training, counselling and support to thousands of parents, children and teens, and we know only too well what a problem social media can be for families. But we can also provide parents with support and practical steps to take to help parents not only protect their children online, but even enhance their relationship with their children through conversations and sharing around the online world.

In this first part of a two-part article we are going to look at some of the risks of social media. 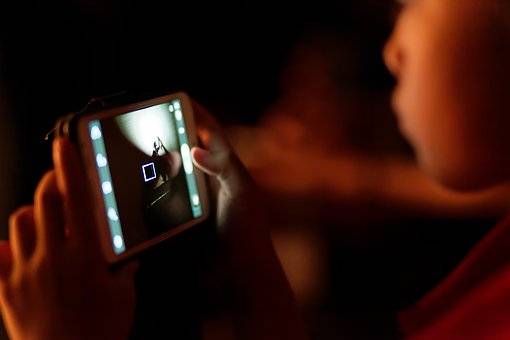 Caught between a Rock and a Hard Place

“…but what else can I do? ” the woman wailed. “If I take the phone away from her overnight, they pick on her!”.

Her daughter was 11 years old. She had taken her daughter’s smartphone away overnight only to find it resulted in her daughter being isolated and picked on by her schoolmates. Day and night.

Another father I know took his daughter’s phone away and sat up all night, listening to the constant “ping, ping” of incoming messages.

The messages came in thick and fast all night.

All across the world, children and teens are suffering from a chronic lack of sleep because they take their smartphones to bed with them and there is now a cultural expectation that they will be online to chat with their friends 24 hours per day, 365 days per year.

It is as if conversation has become a river in which they must swim, all the time, whether they want to or not. If they exit the conversation the risk is they will then, like the 11 year old mentioned earlier, become the subject of that conversation, with online bullying seeping through into real world bullying and exclusion. 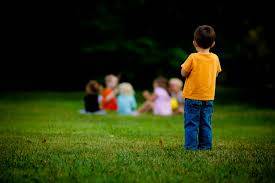 Drowning in the Conversation River

The thing that few adults understand is that this isn’t individual text messages coming in, person to person. Kids are in chat rooms or chat groups such as Instagram Groups with their schoolmates and others constantly. At home. At night in bed. During the holidays.

It is almost impossible for anyone born before the turn of the millennium to comprehend the tyranny of the threat of social media bullying and exclusion. Many who are not parents of the “Igen generation” condemn parents for giving a smartphone to their children in the first place.

Such people  don’t understand the fear that many parents have of making their child the odd one out without a phone. If a child is being bullied it is harder than ever for a parent to solve it alone. Even removing your child from a school where he or she is being bullied may not solve the problem, since social media bullying can easily follow them to another school.

Can The Problems Be Fixed by the Tech Giants?

Can social media bullying be prevented by the social media companies such as Facebook, Instagram and Snapchat  themselves?

To some degree, much of the technology already exists in isolated silos:

Facebook and Youtube are using complex artificial intelligence to identify bullying and inappropriate language in order to remove it. Extreme or repeat offenders are banned from their sites altogether.

Friendship-only matching site Patook has gone even further, developing a system which identifies inappropriate language in a message and prevents the message from being sent at all.

IBM, Google and Microsoft now have visual recognition tied in with artificial intelligence so successfully that they can distinguish the difference between a stick and a stick insect. It could certainly be adapted to identify pornographic images or images of self-harm being sent to or from the phone of a child. So it feels like there are many pieces of a technology jigsaw puzzle slowly – very slowly – falling into place.

But the potential of being bullied online is only part of a bigger picture. This is because much of the problem doesn’t lie with bullying.

Molly Russell didn’t kill herself because she was bullied. Instead her family believe she killed herself because she was subjected to a entire online subculture of  depression, self-harm and suicide, underpinned and even marketed by the best technology tools and marketing techniques on the planet. Recent surveys in the US showed that teens and children who spend more time on social media were more likely to experience anxiety, depression , self -harm and suicidal thoughts than teens who didn’t.

This wont come as a surprise to the  many parents who can match these results with their lived experience. This subculture is like an infection for the young brain; it is catching.

But it is possible for parents to learn how to innoculate their children against it.

Leading Your Children to Online Safety

The first line of defense is you, the parent.

But leading your children to online safety  is more than just a question of limiting what your children can see. It also needs relationship, and ongoing conversations about technology use, with our children and teens.

Spend some one on one time with each of your children every single day.

And a few rules.

The golden rule is DON’T ALLOW SMARTPHONES IN THE BEDROOM. And the best way to lead on this is by example.

One Parent Support Worker I know has an a smartphone arrangement with his teenage daughter. They have an agreement. At 9pm she takes his phone off him and puts it on to charge in the kitchen next to hers. And the two phones stay there until the following morning.

In the next part of this two part article we’ll look at how parents and schools are fighting back.  And the fightback is being championed by the most unexpected source.