Hugh Grant has become a father for the fourth time 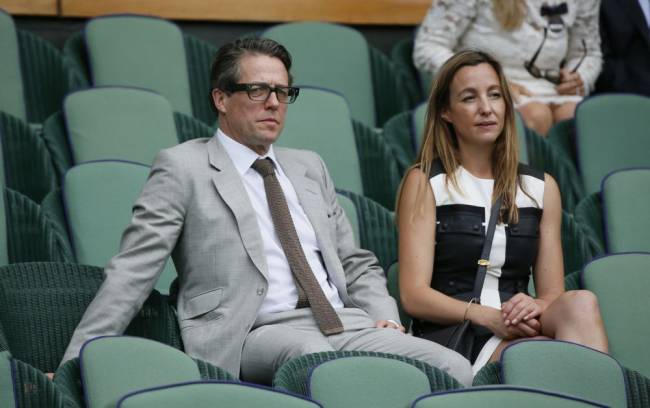 She is the actor’s fourth child in as many years.

His current partner Anna Eberstein is mum to his second child, three-year-old John.

Mr Grant also has two children from a previous relationship with Tinglan Hong; daughter Tabitha was born in 2011 followed by son Felix in 2012.

Speaking about having kids, Hugh previously said: “Everyone was right all these years, saying, ‘Hugh, why don’t you have some children? It changes your life.’

“Now that I have a child, it is life-changing. I recommend it. Get some.”

It is unclear whether the baby was born in the UK or in Sweden.

The news of the arrival was confirmed by Eberstein’s mother, Susanne, who told the Swedish newspaper Örnsköldsviks Allehanda.

She said: “I can confirm that I have another grandchild.

“It is wonderful that we now have grandchildren.”

The birth of Grant’s newest child comes amid a string of celebrity babies born in 2015.

Yesterday, Dwayne “The Rock” Johnson shared his first photo of his baby girl Jasmine who was also born on December 16th.