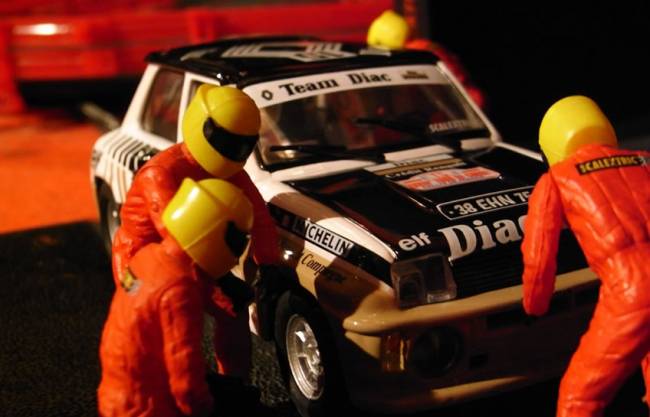 A survey conducted by One4All has found the most popular toys at Christmas time through the decades.

Each decade presented its own popular choices, with Scalextric racing away in the 1960s and Mr Frosty freezing out its competitors in the 80s.

A survey of 2,000 UK adults born between 1960 and 2000, carried out by One4all, the multi-store Post Office gift card, found that the classic bicycle prevailed through four decades of toy trends and fads – with almost 1 in 4 (22%) UK adults who grew up between 1960s to 1990s having asked Santa for a bike.

Meanwhile, Barbies and roller-skates followed in fourth and fifth place.

Wholesome family favourites which encouraged group play, such as Monopoly and footballs, were the sixth and seventh most requested retro toys from this period.

Meccano’s mechanical construction sets completed the list of the top 10 toys kids of the‘90s through to the 2000s asked Santa for.

While these toys stood the test of time, each decade also saw its own trends emerging.

The lists kids sent to Santa in the 1960s were dominated by Scalextric and Barbie dolls, while the 70s saw Action Man and Etch-a-Sketch rise to popularity.

Care Bears, My Little Ponies and iced-drink maker Mr. Frosty were the most popular toys of the 80s.

The 90s saw a shift into technology and gadget-based gifts, with the Nintendo Game Boy, Tamagotchis and Furbies all proving big winners amongst kids of the time.

The research does, however, suggest times are changing, with 38% of modern parents claiming their children have asked Santa for money and gift cards this year.

“It’s wonderful to look back at the most wished for Christmas gifts of the past 50 years. We all remember the toys we asked Santa for and desperately hoped would be under the Christmas tree as children, not to mention the magic of opening our presents on Christmas morning.

“Most of us will also remember the times Santa hasn’t quite got the hint about a toy we really wanted, so it’s understandable that many children are keen to take matters into their own hands with a gift card from Santa. For younger kids, it actually can be educational to go out shopping and in fact this can become a part of the festive fun for families.”

The Top 10 Retro Toys of Christmases Past

The One4all Gift Card is the UK’s leading multi-store gift card, which can be loaded with anything from £10 – £400.

The One4all Gift Card can be spent in more than 55,000 outlets across the UK and is available to buy from Post Offices nationwide and online at www.one4all.com.