Zuckerberg can change a nappy in 20 seconds

Facebook’s founder and self-confessed ‘pretty competitive guy’ Mark Zuckerberg has timed how long it takes him to change a nappy. 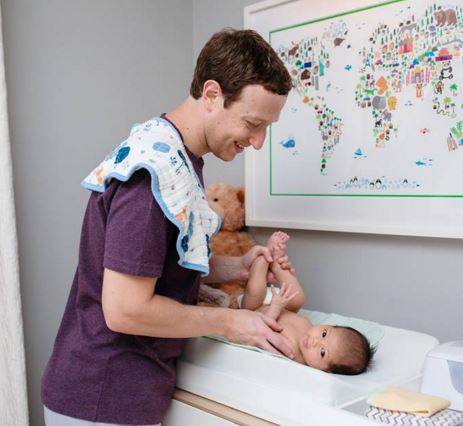 The 31-year-old dad made the comments in Berlin where he was receiving an award, but not for nappy changing.

Asked whether it was something he was good at as a new dad, he said: “I am a competitive guy, I time myself to get better, and I got down to 20 seconds.

“So, I think that’s pretty good right. The trick is to slide the new diaper under the old one.”

The Facebook chief even has photo evidence that he does take on the task.

Zuckerberg announced the arrival of his first child, Maxima in December.

He and his wife Priscilla also revealed they would be giving away 99 per cent of their Facebook shares within their lifetime.

In a letter written to his daughter and posted on Faceboo, he announced the ‘Chan Zuckerberg Initiative’, which aims to “advance human potential and promote equality”.

It reads: “Max, we love you and feel a great responsibility to leave the world a better place for you and all children.”

The first-time dad took to his Facebook page over the issue, writing: “There are never diaper changing stations in men’s public restrooms.

“The first public men’s room that I go into that has one gets a free shout out on my FB page! ‪#‎BeTheChange‬”

A few months after that New York’s Senator Brad Hoylman drafted a new bill in the state Senate that looks to give equal access to diaper changing tables for both men and women.

If the bill passes, any public building or “place of public accommodation, resort, or amusement” that is constructed or undergoing “substantial renovation” after the bill’s passage, must provide changing stations in men’s bathrooms if it includes them in women’s restrooms.