The first three months of pregnancy

So, time to get down with the lingo! Pregnancy is broken down into three parts called trimesters. The first three months is therefore called the First trimester and runs from week 0 to week 12 of the pregnancy 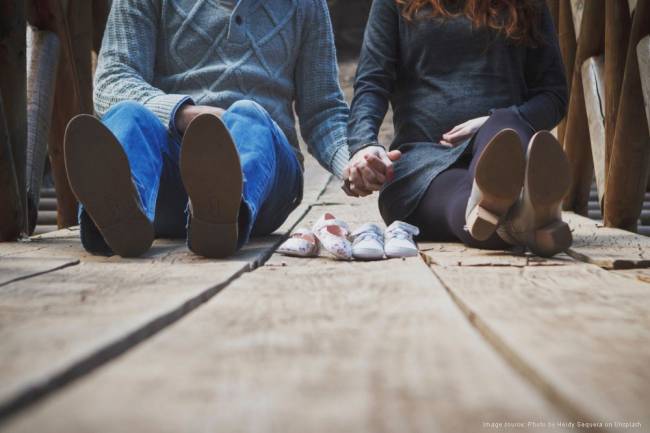 It all happens in the slow wink of a post-coital eye: almost immediately after ejaculation your tadpole-like sperm swims up her vagina and into the fallopian tube where it fuses with her egg to form a single cell.

This divides and subdivides, forming a solid ball the size of a pinhead, and makes its way down her fallopian tube towards the uterus. After about a week it begins to implant itself in her womb and, hey presto, your partner is pregnant.

From the moment of fertilisation, your baby’s genetic make-up is complete, including its sex.

At this point you’re probably still blissfully unaware of what’s taking place in your partner’s body, but the process happens phenomenally fast.

Within four weeks your baby is being nourished by the placenta, attached to the umbilical cord, and starting to grow organs, muscle and bone.

By week five its central nervous system, brain and spinal cord are developing and by the start of the sixth week its heart is about the size of a poppy seed and is beating.

Next, bud-like arms and legs appear, the tail (yes!) vanishes, lips and tongue emerge and internal organs (including sex organs) are nearing completion.

By week 8, while you are still getting to grips with what is happening, baby will be the size of a strawberry. Their arms and legs are lengthening and it is beginning to move around.

As you can see, the first Trimester is a busy, busy time for her body, as the baby manages to grow from just a single sperm and egg all the way up to the prawn-like character you see on the screen at the first scan, and in addition, mum grows an entire new organ – a placenta – to nourish the baby! All of this work can be exhausting… So here’s the low-down on how it might impact on your partner, and in turn, on you!

Early on during this stage you will not know she is pregnant (or may not know until much later on if it is a surprise!) but you may start to see signs that make you wonder. These could include morning sickness, tender or fuller breasts, tiredness, cravings or suddenly going off her favourite food. For many women though, there are no special symptoms for several weeks, and sometimes not at all, so don’t worry if she doesn’t experience these!

At the first sign of a missed period it’s time to get a home pregnancy test, which detects a hormone called HCG in her urine to determine whether she is pregnant. HCG levels roughly double in the body every 48 hours, so if the first test is negative you can repeat the test a couple of days later to be sure.

Home pregnancy tests are quick and easy to use and are around 98-99 per cent accurate – you can choose from a traditional test (where you are looking for the presence of two lines – one test line to show you the test has worked and one line to confirm pregnancy) or a digital test which will literally spell out for you ‘pregnant’ or ‘not pregnant’ if you want to take away interpretation of lines! Tests come in lots of variations and prices, but are all very similar.

A bit of a shock…

Whether planned or unplanned, you’ve proved that your partner is pregnant and it’s a lot for you both to get your heads around! Having a baby is one of the biggest life changes that there is, so it is normal to have mixed feelings from time to time, regardless of whether you felt ‘ready’ beforehand or not.

It is not uncommon for parents to worry about baby’s health and the possibility of miscarriage. Try and just support your partner if she is anxious, by being there to listen and reassure her. Sadly, around one in five pregnancies do end in miscarriage, which can be a distressing time for both parents.

Within 12 weeks your partner will be scheduled to have the first full antenatal check-up and her first ultrasound scan. This scan checks everything is ok with your baby and will give you an estimated due date. Scans are important bonding opportunities, and it is pretty amazing to see how your baby is developing, so try to make sure you attend.

The first scan can be exciting and nerve wracking in equal measure – many women experience some anxiety that there ‘might not be anything there’. Be aware she may be worrying more than she is letting on and just be as supportive as possible.

Scans: what to expect

Being a first trimester dad!

The first few weeks can be a strange time for us dads-to-be. As the changes taking place are not usually very visual, it can feel a little unreal at this stage and you may even find yourself completely forgetting about the pregnancy some days! This is all quite normal.

In pregnancy, there are a range of foods which are not recommended due to possible harm they could cause to your growing baby.

If you are the regular cook at home, or even just an occasional chef, here is the quick low down on what food women should avoid while pregnant.

Make sure all fruits, salads and vegetables are washed thoroughly to remove any possible agricultural chemicals.

When can we tell the world we’re pregnant?

You can tell people whenever you feel ready! Many parents choose to wait until the 12 week scan, until they have seen their baby and the risk of miscarriage has dramatically decreased – other parents feel that whatever happens in the pregnancy, they will want the support of family and friends and they share the news earlier. There is no right or wrong, just what feels right to you both.

However, it is a choice that you and Mum need to make together and come to a mutual decision on! Don’t go and tell the world the moment you get the positive pregnancy test and then find out your partner wanted to keep it a secret for a while – talk about it first!

Then before you know it, you are already moving into the second trimester:

The second three months of pregnancy 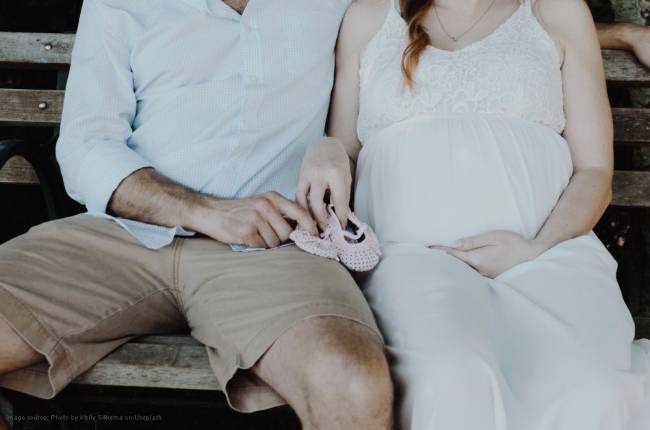 ESSENTIAL ADVICE FOR DADS TO BE

DAD.info has teamed up with Emma's Diary, the UK's leading pregnancy programme, to bring expecting dads some essential tips to prepare for the big day...   Childbirth these days is very much a hands-on experience for dads. Gone are the days where expectant... 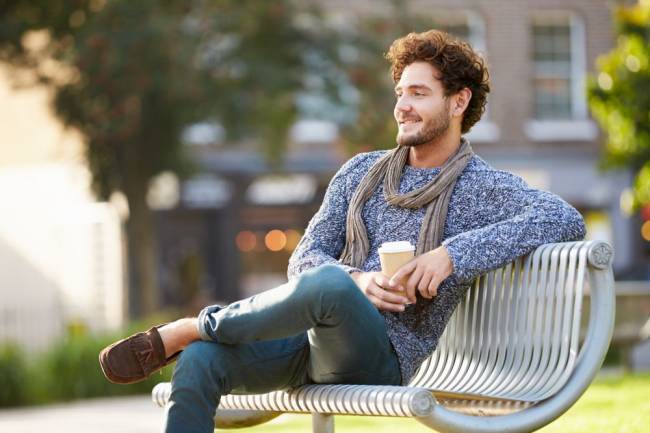 A Dad’s Guide to Antenatal Tests and Checks

During pregnancy there are many tests offered which aim to detect any health problems that could affect your partner or your baby. These tests include everything from urine tests to blood tests and ultrasound scans to blood pressure monitoring! These tests are all...

So you find out you have a baby on the way, when a question pops into your head - ‘Am I ready?’ Or even sometimes a statement- ‘I’m not ready!’ If you have experienced this, then you are not alone. At some point the majority of expectant dads have had this thought...