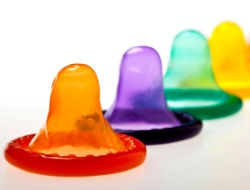 Some parents are worried that telling their children about sex will push them into sexual relationships earlier than would otherwise be the case. However, all the evidence suggests that exactly the opposite is true…

“Across all social backgrounds, young people whose parents were reported as being easy to talk to about sexual matters were more likely to have used effective contraception at first-ever intercourse, and for this to have occurred at a later age.” (Meyrick and Harris ’94)

“When asked the question ‘What was it that made you decide to have sex the first time?’

This means that only one third of these young people had actually made a conscious decision to engage in sex for the first time.” (Sex Under 16, Dr. Clifford Hill)

Whereas most young people have heard of AIDs many do not know of Chlamydia Trachomatis, a sexually transmitted infection (STI). Chlamydia is very common and on the increase in teenagers and in rare cases could cause infertility in both sexes if left untreated.

This can increase confidence about understanding how the body looks, feels and responds.