Stop Trying to Fix It

We’ve all been there.

The other half comes home from work and they are upset about a problem at work.

So naturally, you want to help them fix the problem. But they just take it out on you… and you were only trying to help! What’s going on?!?!?! And it takes just a quick half down the pub with a mate to realise you’re not alone in this. But even so, it’s bewildering.

Luckily, in recent years scientists have been able to develop technology that can explain a lot about what is going on.

We’ve all heard about MRI scans which shows photographs of brain activity, but newer technology called fMRI scans give scientists an actualy video of what is going on inside our heads when we are upset or stressed. 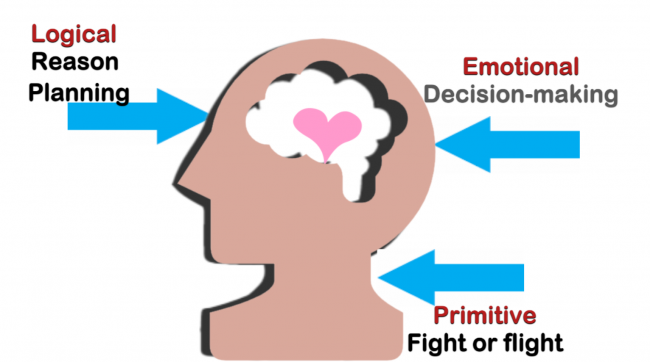 Your Partner’s Brain is basically a Chemistry Lab

The human brain is divided into three parts;

1. The Primitive Part, which runs the fight or flight instincts. This enables us to respond to immediate threat so fast that we don’t even think about the threat – our bodies are flooded with hormones designed to help us fight the threat or run from it.

2. The Emotional Part which is the part of our brain that we meaourn when we say “my head said no but my heart said yes”

Most of us believe that we are mainly sensible, logical creatures. But actually that part of the brain can be completely deactivated not ony by danger but also by an upset at work. That upset causes our system to be flooded with hormones like adrenaline, and the “stress hormone” cortisol. 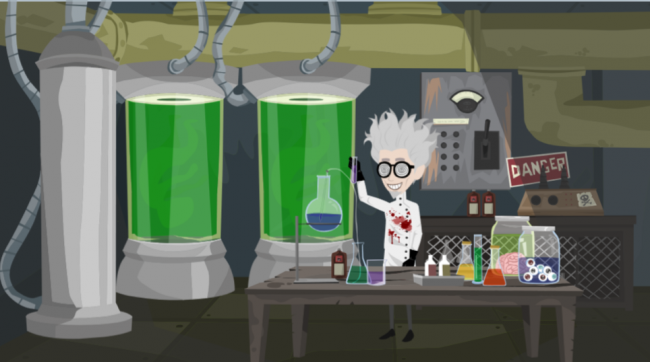 Cortisol is necessary for human function; one of it’s functions is to help us take action when something is wrong. It works alongside adrenaline.

Cortisol that is related to prompting us to do something, such as to leave in time to be punctual to an appointment,  is not harmful. However, your partner’s stress and cortisol levels have been triggered by something at work – and it may be something that there isn’t an easy solution to. Importantly, while she is in “reaction mode” and the primitive and emotional parts of her brain are swishing with stress chemicals, the logical part of her brain won’t be in charge. Not yet, anyway. She won’t be able to think straight about a way forward, yet.

At this moment the primitive part of her brain is in charge and all it can respond to is being heard and understood.

Don’t Minimise the Situation She is Upset About

Trying to help her see that “this situation isn’t a big problem” may actually be seen by her as “You’re being a drama queen”, even if it actually ISN’T a big problem. Remember the primitive part of her brain is in control right now; at this point EVERYTHING seems like a big problem.   and if she feels you don’t understand her it can put a crimp in your relationship. It can even make it less likely that she’ll come to you for support when she needs it.

Don’t Try to Cheer Her Up

Have you ever had someone say to you “cheer up, it may never happen!”? when you are really angry about something? Did it cheer you up? No? Then don’t try it with your other half. It will NOT be appreciated and it will NOT be productive.

Do Show You are On Her Side

If you try to “help” her understand why the person may have said or done the thing that has upset her, she could easily interpret it as “He is taking their side!”. While trying to help her see both sides of a story may help when she has calmed down, it is not going to work while the primitive part of her brain is pumping out stress hormones.

Instead say things like “that must be really upsetting for you”, “that must make you really frustrated”, “that must feel so unfair”….she is likely to turn to you and open up about her feelings. She might feel angry but it will be helpful for you to hear what the root of the anger is. The anger could come from a completely different source than you know. She may feel undervalued at work. Or she may feel the opposite – she may feel that too much is expected and she is overwhelmed. You won’t know about this deeper level of feeling unless you give her the space to talk about it.

So When Can I Give Advice?

The bad news is, “maybe never”.

When she has cooled down and is opening up to you in conversation you can then say “I have a couple of ideas which you might find useful, but only if you want to hear them”….if her eyes narrow and she starts to get upset again, just apologise and go back to being on her side – “I’m sorry, I love you and wish I could make it all go away…sorry I’ve put my foot in it…”

If she shows interest and is open to your ideas, go ahead BUT…. aim to work WITH her on a solution. If she has an input to a solution rather than having it imposed on her by you it will increase her self-esteem and her feeling that actually she can take action to fix or reduce the problem.

You might think that relationship bonding only happens in the good times – when you take her out on a date night, or buy her flowers. Yes, it helps.

But studies show that deep bonds are actually generated at these difficult times when she comes home highly stressed and you are present for her when she is upset. It’s during these emotional moments she learns at her deepest level that you are there for her. You might think that these times it’s best to “just get out of her way” or keep your head down until she gets over it on her own, but in fact that moment that you think just has to be survived or endured is an opportunity for your relationship.

Staying home is the new going out, but what can we plan to make Valentine's day special under a national lockdown? Have you been stuck at home spending every day with your partner for the last 12 months and the idea of romance is a joke? Or, do you live apart from...

10 tips to support your child after break-up

In 2020 Dad.info ran a survey asking 1000 separated parents about their experiences of divorce or separation and they generously shared their concerns and most importantly their tried and tested solutions. If you are looking for ways to save your children from being...