DAD.info | Fatherhood | Being Dad | From prison to parenting: one dad’s incredible story

If you’d only heard the unhappy parts of Aaron’s story, you’d be forgiven for thinking his life most likely hadn’t turned out well. However, Aaron’s story is one of rehabilitation, of love and support and finding his place in the world: helping others.

An abusive start in life

Aaron grew up in a neglectful environment; there was no rules or routine. His sister was more like his mother. He experienced sexual and physical abuse, and soon found a new ‘family’ in a local gang aged 14. He often failed to return home for weeks or even months.

His first experiences of being arrested were around the same time, for burglary, violence and public order offences. He began taking drugs including amphetamines and LSD and found himself living with his older girlfriend and her son.

‘The relationship became negative and looking back it was domestically abusive- where I was the victim,’ he said. ‘Violence was commonplace alongside controlling behaviour and I was hospitalised several times for head injuries. On 1 occasion I had a punctured lung after being stabbed by her when I was 18. She was pregnant with my first child at the time.’

Aaron moved between jobs at a regular pace. He had no qualifications and was stuck in manual work, committing burglaries on the side. ‘The times I got caught and ended up in prison were small compared to the number of crimes I committed, so I continued,’ he said. ‘Substance misuse was ever present during this period also alongside the supply of Class A drugs’.

By the time he was 22 his second son was born and he had served 6 prison sentences. Following a further 6 sentences, he became a father for a third time.

‘After a period of stability where alcohol had been absent for over a year in my life, I lapsed and went on an alcohol bender resulting in my arrest and significant harm to a male,’ remembered Aaron. ‘I was charged with GBH with intent, false imprisonment and police assault and was remanded to HMP Winchester for the last time of many. I was in denial regarding my offence and felt hard done by. My newborn baby was a regular visitor at least twice a week in the 6 months or so on remand.’

Aaron became involved with Spurgeons charity, who work in prisons with fathers. ‘My knowledge around parenting and my role as a father increased hugely. It gave me confidence that I was an important piece of my children’s lives. I was so fortunate to be able to have family day visits with my son and the continued support of the wonderful Spurgeons team,’ he said.

On his release, the support continued. ‘Unlike the 10 plus times I had been released from custody before, I was a changed person,’ said Aaron.

He had a probation officer who believed in him and supported him. He also connected with a drug and alcohol support team, obtained housing and completed a community course.

Moving forward and helping others

‘Using the knowledge and confidence that had started with Spurgeons, I became a volunteer for the drug and alcohol service.’ said Aaron. ‘At this time in my life I had employment in a role I loved, engaging others in rehabilitation. I had a studio flat and I was regularly seeing all 3 of my sons. I looked at the world in a new way and it was infectious. The professionals around me said that my energy and commitment to others was valued.’

With his newfound clarity, Aaron began to feel concerned about the welfare of his three sons.

Aaron became a voice for his kids and looked at ways to help. Children’s services were supportive, and he worked with professionals while offering his 2 sons a stable base in his flat.

‘I was astonished that the professionals around the table treated me as a positive option for my children,’ he said. ‘I was a 33 year old man with a big negative history, but the person I had become was noticed. The professionals who supported me had belief and confidence in who I had become. The result was my children to live with me fully supported by all.’

Aaron’s success soared from that moment on. He achieved qualifications and progressed in his employment with the drug and alcohol service, and is now a young offenders’ case manager.

‘I am incredibly happy,’ he says. ‘My 2 boys went on to complete exams at school and progress to college and employment, neither use substances, neither have faced prosecution, both have girlfriends and are stable in life.

‘I believe all fathers have a vital role to play,’ says Aaron. ‘I do truly believe that the ripples of positive outcomes are priceless. I’m so thankful from the bottom of my heart for what Spurgeons have done for me and my family – the past, the present and the future generations of my tree.’

The Hardest Things About Raising A Toddler

by Tom Kreffer I can’t remember the last time life gave me the time and space to ease myself into the day gently. Instead, my alarm clock goes off at 6:30 a.m. every morning. Sometimes earlier but rarely later. My toddler is my alarm clock, and when he’s ready to... 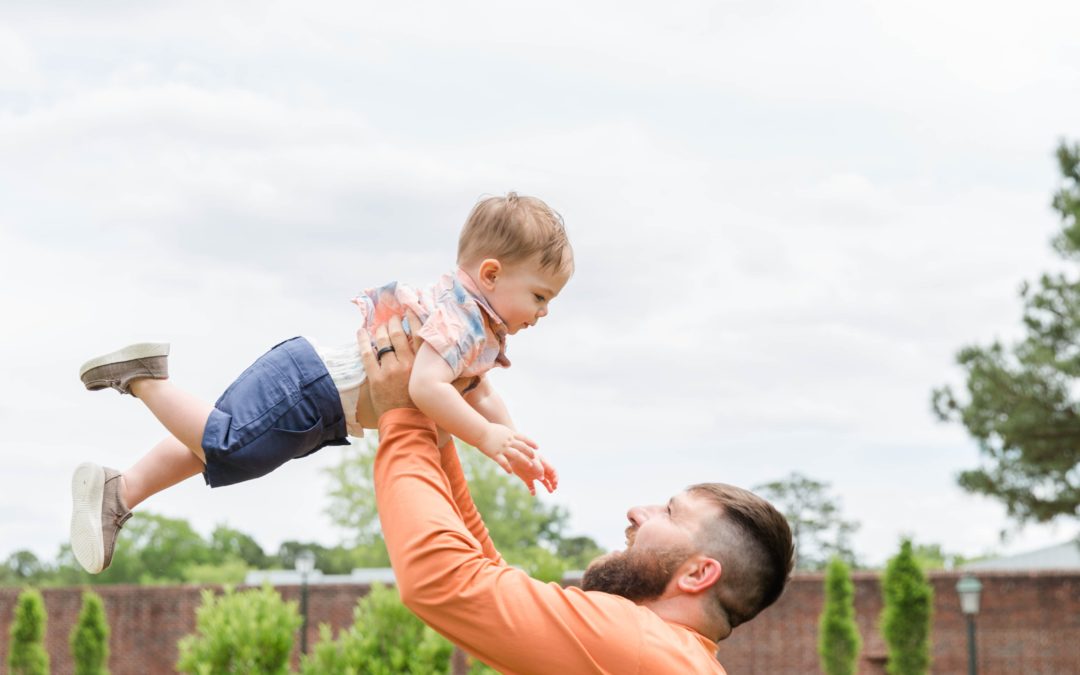 “It is still seen as a woman’s job.” Lessons from Everton FC on being a dad

Baby groups aren’t natural territory for dads, so when we heard about the work Everton Football Club is doing our ears pricked up. Andrew Cousins spends his days chatting with new dads as the Starting Well Coordinator at the club.   Andrew is passionate about...