Lessons from Lockdown – Dads love spending time with their kids

This period of lockdown in the UK has given resident Dads an unprecedented opportunity to be there for their kids and guess what, Dads have loved it! 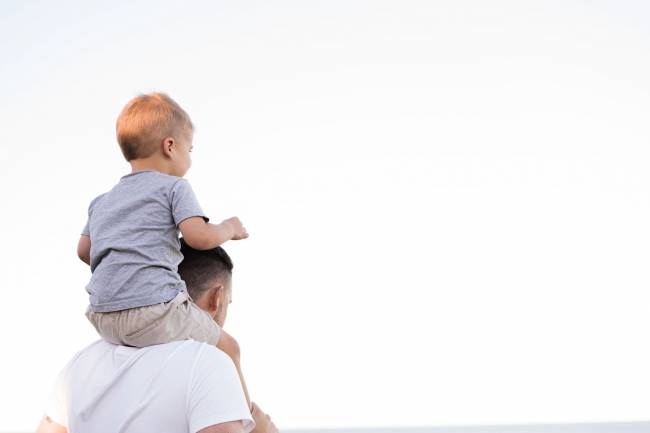 A new UK-wide poll conducted by retailer Menkind sheds light on how government-imposed lockdown measures have been impacting dads and their children. Despite the challenges, dads have benefited from families coming together and spending more time at home with their children enjoying an improved relationship, teaching their children but also learning from them.

The top three challenges for fathers during lockdown with the kids were keeping the kids busy and engaged, the challenges of home schooling and getting kids to spend less time on their phones/tablets. Health and wellbeing challenges were also on the list, with a third of dads concerned about kids getting enough exercise and a fifth with cooking varied meals during the isolation period. Emotional wellbeing was a focus, with a quarter of respondents listing “giving each other space” as a challenge.

A third of dads say their relationship with their kids improved and that the isolation period brought them closer together. 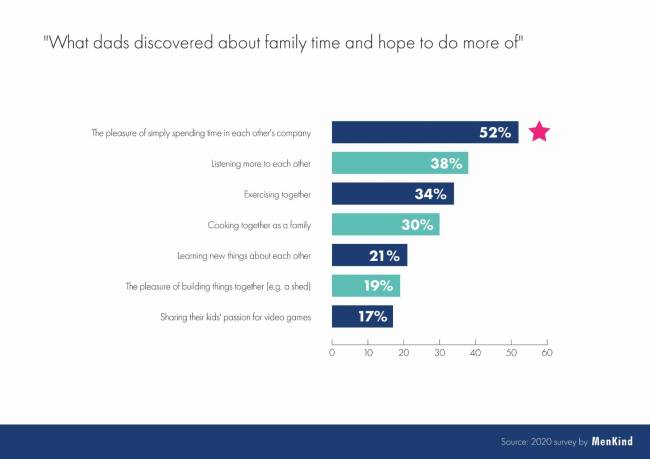 Stepping up their game:

Dads took on new roles as teacher, sports coach and even hairdresser or make-up artist. 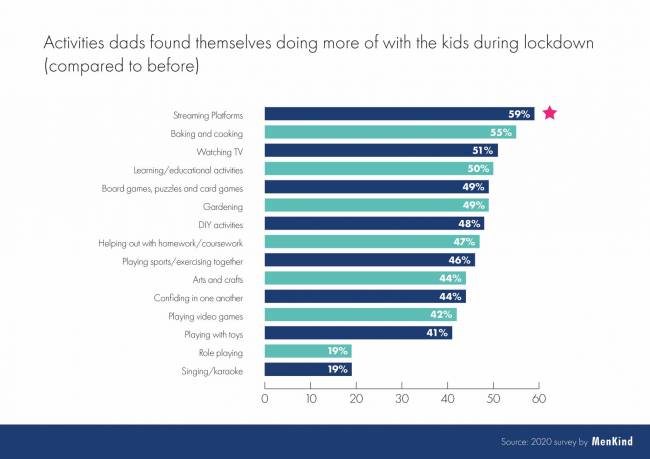 Dads learned to be more in tune with their emotions, 1 in 4 admitted they learned “that it’s okay to fail”.

Commenting on the new survey findings, Fred Prego, Marketing Director at Menkind, said: “As kids we grow up with this idealised view of our dads as superheroes, which somehow fades away as we grow older and understand they are human, after all. These last few months have seen dads reclaim that superhero role as they’ve been spending more time at home with the family, forming closer bonds, getting more involved in their children’s education, activities and spare time. Despite the challenges of lockdown, it’s reassuring to see that most dads have cherished spending quality time with their kids to the point of wanting to be closer to them moving forward – being a father myself, I’m among them.”

According to the poll, conducted between 14 and 19 May 2020, almost two thirds of dads (60%) have been spending more time with their kids than before, which contributed to strengthening the family bond significantly. A third of dads say their relationship with their kids improved and that the isolation period brought them closer together.

Not everyone is so lucky: a quarter of UK dads were forced to spend less time with their kids because their child had left home, is in the care of the other parent, or they were required to work long hours during the quarantine. Nevertheless, dads didn’t let physical distance stop them – 1 in 10 dads spent more time with their kids virtually, either by phone or video call.

With more time on their hands: 2 in 5 Dads played board games and computer games with the kids. Over half the Dads surveyed admitted they were baking and cooking more than before, close to half said they exercised together with the family more, while a big proportion were playing more with the kids.

It was not all fun and games though, as half of dads say they helped with coursework/homework more than before, as well as engaged in learning and educational activities.

The Most Important Lesson? 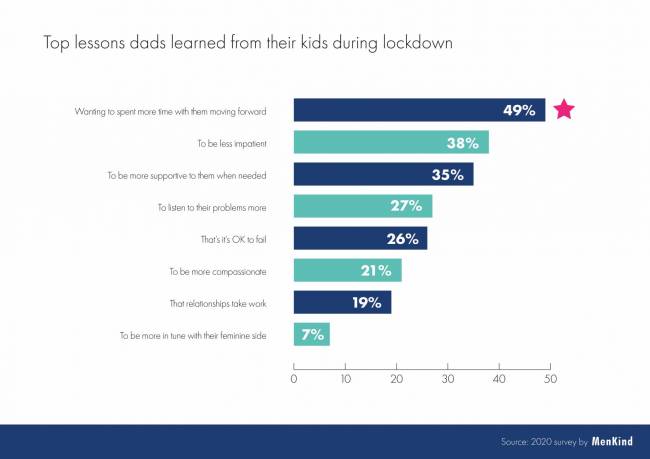 When asked about the most important lessons learned from their kids during family quarantine, close to half of dads confessed that they want to spend more time with the kids moving forward, while two thirds want to be more supportive of them when they need it, and the same number said they learned to be less impatient from their kids.

Let’s keep it up Dads. How are you going to carry the positives of lockdown life into your new normal? For more on this sign up to our Parenting in a Pandemic emails and to read more about the experiences and challenges UK dads faced during lockdown, please visit: MenKind