DAD.info | Fatherhood | Being Dad | What birth rate is needed to sustain a population?

Not the most romantic of pillow talk, but while having children is a completely personal choice there is also an optimal birth rate that is needed to sustain a population.

And it is 2.1 live births per mother.

2.1 for a few reasons. Sadly even with the best medical care, not all children grow to adulthood and also, for genetic reasons, there are more boy babies born than girls: 105 boys to every 100 girls.

However, news this week has focussed on Britain’s record low birth rate, now standing at just 1.58 births per woman. To put this in context, in 1950 women had on average 4.7 babies and that number has been falling ever since, particularly steeply since 2017.

According to a study by Researchers at the University of Washington’s Institute for Health Metrics and Evaluation, the global fertility rate nearly halved to 2.4 in 2017 – and their study, published in the Lancet, projects it will fall below 1.7 by 2100.

What does this mean in real terms? Well for example current trends in Italy would see a dramatic population crash from 61 million in 2017 to 28 million in 2100. Meaning, there will be fewer young people left to work, power the economy and look after the elderly.

All this got me thinking though.

Why the baby bust?

The answers seem (sadly) obvious. I am one of 4 children, my Dad worked, my Mum could just about afford to not work until the last of us was in primary school. Now, our family NEEDS two incomes and we still struggle. Between 2010 and 2017 private rents increased by 24%. So, this isn’t some strange feeling of millennial angst, or money wasted on avocado toast.  People are being forced to choose smaller families, which can be seen in the stats. The current birth rate won’t sustain our population. Every month in our house it is a race to the bottom of our bank account paying for childcare, food, and essentials like shoes and uniform. Saving seems like an illusive dream, for other child-free people. In our home, actually the restrictions of the last years having taken holidays off the agenda has offered a welcome respite from parent guilt. We have plenty of family friends, who stuck at one child, and the vague look of pity as we explain our financial challenges haunts our conversation.

Children are a huge expense.

For my millennial generation, parents born from 1980, we have already struggled through a deep recession and now a major new survey from the Fawcett society says that childcare costs are financially devastating us. 92% of parents say that childcare has affected their standard of living. 86% of the mothers who responded said that limitations on their childcare has meant they haven’t gained any seniority at work since having children. 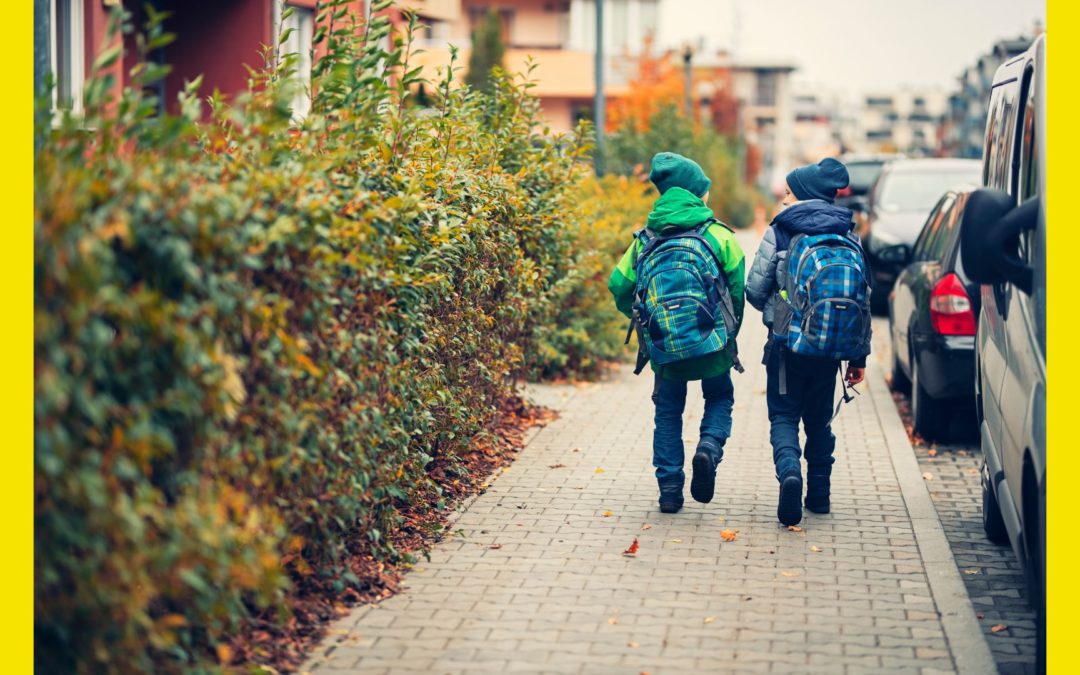 Should I let my child walk to school?

Allowing your child their first taste of freedom with a solo walk to school can be a nerve-wracking prospect for parents. Many what-ifs may run through your mind and you might feel hesitant to allow it. Here's some tips on what to consider. What is age-appropriate?...