DAD.info | DAD BLOGS: James | A Dad In A TV Advert We Can All Recognise! 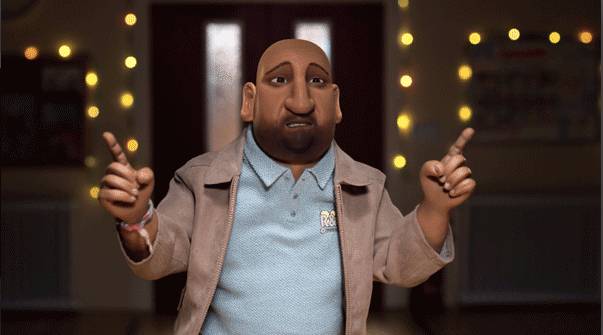 Finally, a dad in a TV commercial who is based on reality!

The new BBC Christmas advert The Supporting Act is my new guilty pleasure. I keep finding a reason I “need” to watch it.

It’s the story of a girl and her dad, and her desire to perform in the school Christmas talent show.

A beautifully shot, two minutes of feel-good Christmas spirit, it’s full of little touches that capture modern Britain. In my extensive need for research, I’ve even found there’s a “making of” video.

Yes, admittedly, the daughter in the advert totally reminds me of my own leg-kicking, freestylin’ 10-year-old girl. But it’s also the understated positive portrayal of the father that has impressed me.

Here is a dad – and the storyline intimates a single parent – appearing to be wrapped up in work but, in fact, being there all the way through and stepping in to save the day.

It’s such a welcome change. So often fathers in adverts seem to be bumbling buffoons incapable of boiling an egg or, as in this example, parents who don’t do their share while mum does the actual work (voted by Campaign as one of the top 10 advertising turkeys of 2017).

It’s something that’s bothered me for a while. A year ago, I even wrote to a friend who’s an advertising copywriter to ask why it happens.

He replied, “Useless Dads don’t just feature in ads because it’s ‘safer’ than Useless Mums – although this is definitely true – but also because it’s a comedy cliché that means consumers are instantly on familiar terrain, so you can concentrate on your actual job of helping to sell a product.”

So, it’s a convenient way of getting on with the work, I guess. But two things have happened that may spell the end to these lazy caricatures.

Firstly, in the summer the Advertising Standards Authority ruled that adverts that reinforce gender stereotyping will be banned. And gender stereotyping includes portraying men as “trying and failing” to complete “simple parental or household tasks”.

One of the reasons the ASA cited was that young children are in “need of protection from harmful stereotypes.” This is because research indicates that continually showing men being useless at household chores and women having to clean up after them creates false ideas that this is what life is really like.

It’s a powerful argument that makes total moral sense. But it’s not necessarily the deal-breaker that will change how dads are portrayed.

Instead, it’s because Doofus Dad is an image that is no longer – if ever – true, so it just won’t work as a commercial shortcut. Today’s fathers are hands-on, proactive and present.

And this has been recognised by those experts in making a business out of family life, Disney.

According to a recent report, Disney has discovered that dads have four key aspirations: to bond with their children, to protect them, to equip them with lifeskills and to entertain them.

Disney is now calling on advertisers to rethink how they portray dads. And, if I’ve learned one thing in my two decades working in the children’s sector, it’s this: when The Mouse says jump, the rest of us ask how high.

So, with Disney pulling the plug on Doofus Dad, perhaps beautiful vignettes like the BBC’s dad in The Supporting Act will become the norm. That might even be my Christmas wish.