Does pink have to be for girls?

Is it time to challenge the unwritten rules of colour? DAD.info investigates the origins of the ‘pink for girls, blue for boys’ stereotype and what it means today… 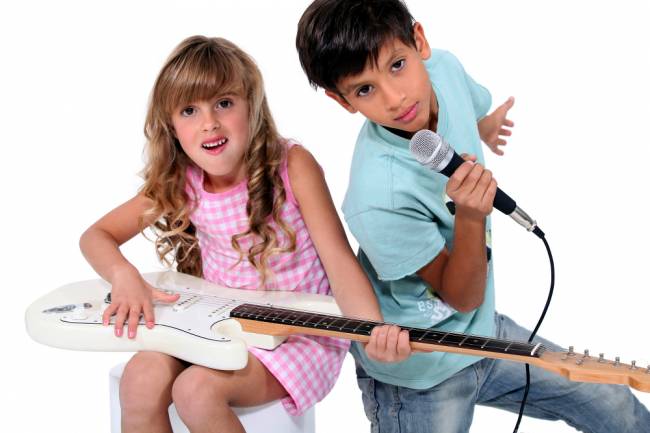 Would you dress your baby boy in baby pink? Happy to paint your little girl’s nursery Royal blue? We all grow up subconsciously aware that pink’s a girly colour and blue is boy territory. But they’re just colours like any other, so where did these gender associations come from?

Some people assume that ‘pink for girls’ and ‘blue for boys’ is an old Western tradition, but in fact all children wore white up to the age of six until 1888, as photographic archives reveal. US president-to-be Franklin Roosevelt was pictured in 1884 wearing a white dress and sporting long, golden curls, with not a hint of blue to label him a boy. White was the practical clothing colour of choice, as white clothes can be bleached if they get dirty.

Attitudes towards what boys and girls should wear have changed frequently over the centuries, and the debate is still going on today.

Pink was considered an acceptable colour for boys’ clothes in the early 1900s and an article in trade publication, Earnshaw’s Infants’ Department, in 1918, went so far as to declare: “The generally accepted rule is pink for the boys, and blue for the girls.”

In 1927, Time magazine reported that Princess Astrid of Belgium had decorated her nursery in pink, in the hope that she’d give birth to a son (although sadly she had to redecorate, as she actually had a little girl).

So, when did pink become labelled as a girly colour? It wasn’t until the 1940s that retailers and manufacturers decided to promote pink for girls and blue for boys. WWII had contributed to this shift; men dressed in navy-blue uniforms when going to war, which helped create the image of blue as a male colour. This is the point where femininity became wrapped up in pink, as products targeting women, from clothing to shampoos and accessories, were for the most part pink.

Marilyn Monroe’s iconic 1953 performance of Diamonds are a Girl’s Best Friends in THAT pink dress firmly cemented pink as a hallmark colour for girls, big or small. 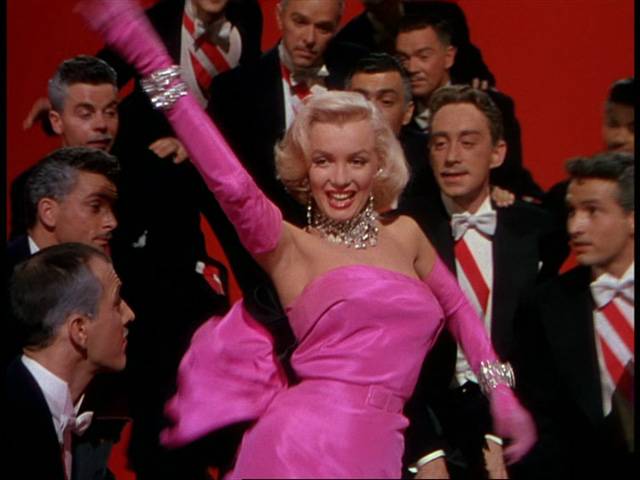 In the 1970s, gender neutrality came into play with the rise of feminism. Parents didn’t want to influence their children’s behaviour by forcing gender-specific toys or colours on them, and so unisex children’s clothes and rooms became popular again. Perhaps surprisingly, this was short-lived, and from the 1980s pink was once again for girls and blue for boys, with Barbie and a host of other kid’s brands heavily pushing the pink.

Today, it looks like the picture could be changing again. Gender neutrality is something many parents are aware of and will consider, even if they end up succumbing to the impassioned pleas of their little angels, begging for endless pink palaces, playsets and party dresses. Despite Peppa, Barbie and co, there are now plenty of gender-neutral toys to choose from and retailers are taking notice, with giants including Marks & Spencer committing to make all their packaging non-gender specific after complaints from customers.

More men now wear pink – check out the pink shirts walking around the City during the lunch hour – and proudly dress their little boys in pink, too. And while there’s still no end of pink clothes for girls and blue for boys, these days anyone really can wear anything, as fathers and fashionistas including Pharrell and Beckham prove time and time again. 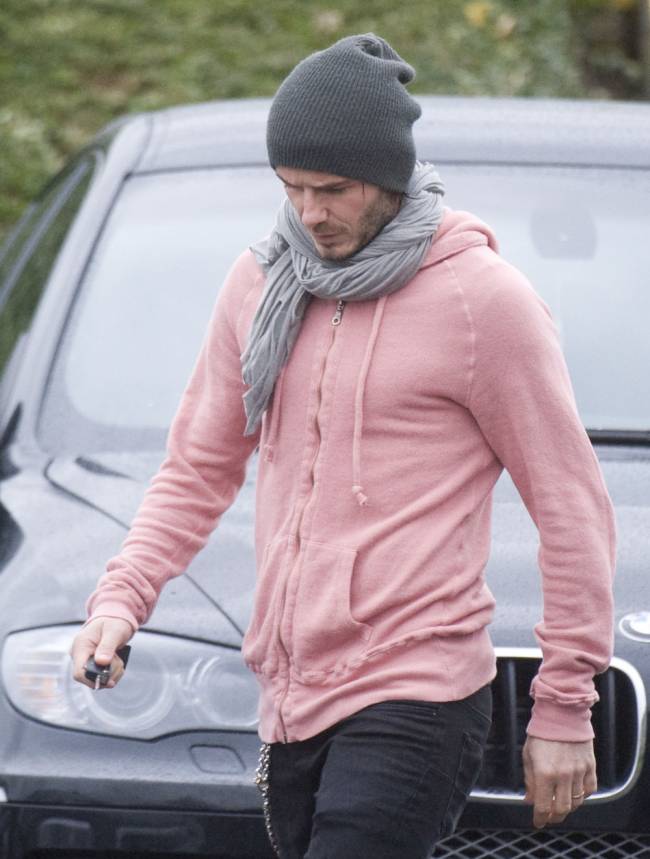 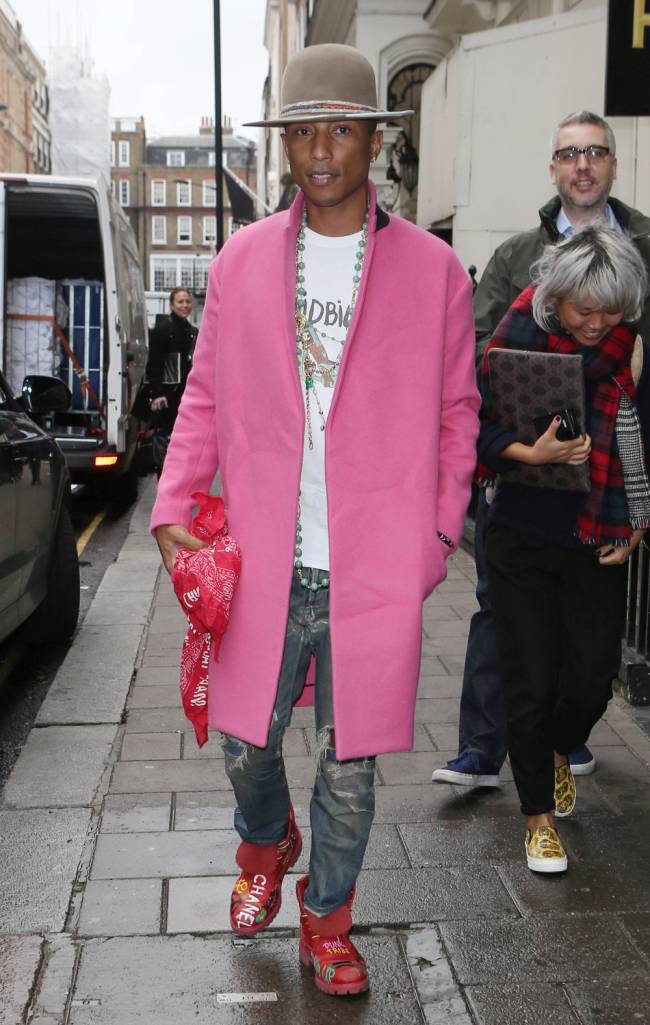 Many parents prefer the so-called ‘gender-neutral’ colours like orange, yellow and green, which is becoming a popular choice for nurseries, as in the image below. Meanwhile, some are allowing their children to choose the shade of their toys, bedroom and clothes themselves, free from any pre-conceived ideas about colours and gender. 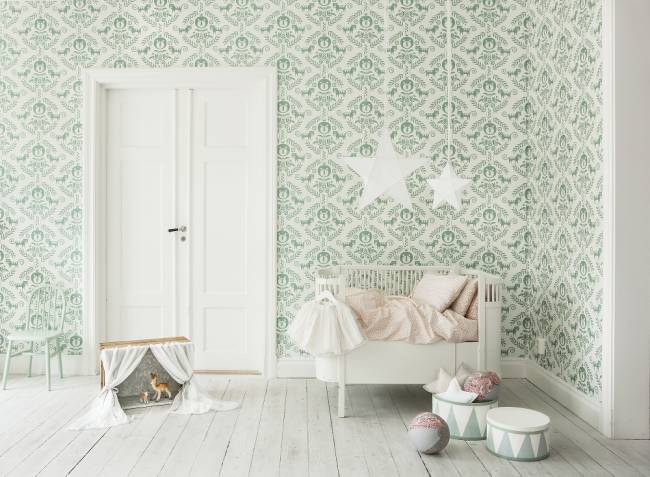 So are we witnessing the rise of the gender-neutral generation? “Things seem to be heading in that direction, and it’s refreshing to see that parents are feeling they don’t have to stick to traditional colour choices for their children,” says DAD.info Kids’ Style and Baby Gear Editor, Jay Nadarajah. “Raising our children to believe in gender-specific colours is another example of how we can sometimes let society control our freedom of thought.”

Would boys come to the conclusion that they shouldn’t like pink if they didn’t hear it from Mum or Dad? We doubt it. There’s a whole rainbow of colour out there and it’s our pre-conceptions that limit the ones we feel we can choose.

“Dressing our kids in blues, pinks or any other colour, should be down to what suits them, and not dependant on gender,” says Jay. “There are so many beautiful colours in the world, isn’t it time we celebrated them?”

PICK OF THE PLAYGROUND: THE BEST OF THIS YEAR’S SCHOOL GEAR

With the new school year just beginning, every parent will be ticking off the checklist of new stationery and equipment. Here, we have rounded up the items that kids up and down the country are going crazy for this year Smiggle Stylin’ Backpack (£34) This classic...

Christmas Gift Guide: What To Buy Your Kids

Stuck for what to buy your kids this Christmas? We've teamed up with Little Flea – the directory and online magazine for children – to bring you 17 top ideas... 1. Wooden Ring Monochrome Stacker, Lobella Loves This sturdy wooden stacker is made from Polish maple wood...

How to be a Savvy Back-to-School Shopper

We've got some top tips to make sure you'll still have some money left in the bank after your little ones have headed back to school... In 2016, parents spent an average of £186.24 per child on new products and clothes for school, according to figures from Nationwide....