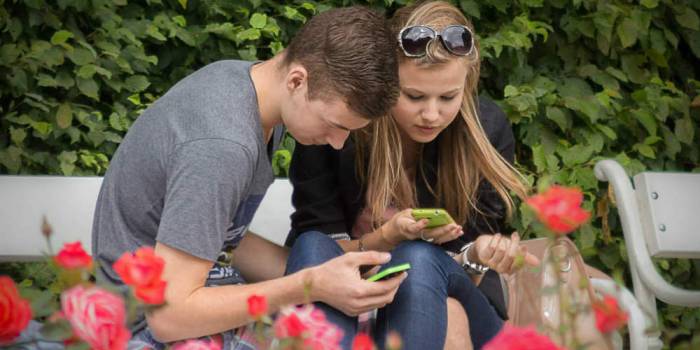 SentTell tracks all the images sent from and received by a specific device, so parents can keep tabs on how their kids are using their smartphones.

Sexting – the practice of sending explicit images via a smartphone – is already “commonplace amongst children and young people” according to the NSPCC.

It’s also illegal – as highlighted by recent advice from Nottinghamshire Police. It has warned that under-18s who share indecent images could be prosecuted – and may even face being listed on the register of sex offenders.

For parents who are unsure their advice on social media safety is getting through, SentTell offers a more forceful alternative.

The app is essentially a window into the pictures your kids are taking (and downloading) on their phones. Parents install the app on their child’s mobile and, every time a snap is taken or a photo message is received, that image is forwarded to your email address.

The app’s creator, Walter Wallace, explained to DAD.info how tragedy led him to come up with the idea for SentTell. “The idea came to me after reading a tragic story about a high school girl who shared revealing photos that were later circulated around her campus. She experienced ridicule, embarrassment, and anxiety, which eventually led to her suicide,” he said.

“What I did is create this app which allows parents to monitor their children’s phones and stop sexting from happening before it becomes dangerous.”

“I made the app free because I really want to help keep young people safe,” he added.

Of course, enterprising youngsters may decide to simply uninstall the app. However, in this case, the parent will get an email alert letting them know the app has been removed.

The app, which is available only for Android smartphones at present, can be downloaded from the Google Play Store.