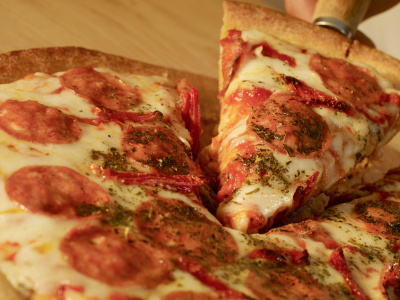 The other night I had my boys to stay over on a school night. It was late as I picked them up after the after school clubs so what to eat that was quick? – The choice was Domino’s Pizza ordered on the way home after a long discussion and heated debate over the type of pizzas required, thank goodness my sons agreed to a half and half!! I had hoped that they would be delivered 5 mins after getting home but before I carry on with my tale, don’t get me started on the expense of pizza’s these days!!

This great meal plan was just not meant to be…it took over an hour to arrive and then it was overcooked. It was well received by one child and eaten by the both children but I didn’t enjoy it ( I got a nice phone call the day after giving me £10 credit to use buying more pizza!!).  This wasn’t something I was going to either recall or blog about until I was looking up the Philip Larkin poem for my last blog. One thing lead to another and I saw a group of poems about separation and divorce.

On further examination of these poems I noticed that many where written by women about husbands leaving them and being replaced by younger models. I started to ponder about divorce and separation poems written by men. I love poetry that has emotion and feeling, not just meeting a form or style. I came across this poem by Mark Halliday, it sums up so many nights when I have not wanted arguments about what is for tea and all I wanted to do is have happy kids. I must however point out I DO NOT own a windbreaker, or as they are now called, a KAGOOL!!!.

The connection between divorced fathers and pizza crusts

is understandable. The divorced father does not cook

confidently. He wants his kid to enjoy dinner.

The entire weekend is supposed to be fun. Kids love

pizza. For some reason involving soft warmth and malleability

years before they will tolerate cheese in other situations.

out for pizza. The kids eat much faster than the dad.

Before the dad has finished his second slice,

the kids are playing a video game or being Ace Ventura

or blowing spitballs through straws, making this hail

that can’t quite be cleaned up. There are four slices left

and the divorced father doesn’t want them wasted,

there has been enough waste already; he sits there

in his windbreaker finishing the pizza. It’s good

except the crust is actually not so great—

after the second slice the crust is basically a chore—

so you leave it. You move on to the next loaded slice.

Finally there you are amid rims of crust.

All this is understandable. There’s no dark conspiracy.

Meanwhile the kids are having a pretty good time

which is the whole point. So the entire evening makes

the sauce-stained napkins for the trash and dumps them

and dumps the rims of crust which are not

corpses on a battlefield. Understandability

fills the pizza shop so thoroughly there’s no room

for anything else. Now he’s at the door summoning the kids

and they follow, of course they do, he’s a dad.

This poem is taken from JAB, Printed by The University of Chicago Press