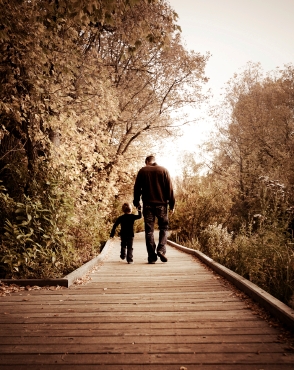 What do we give our children as a legacy?

I was interested to read news reports of an Australian study that showed passive smoking as a child increases the thickening or arteries increasing risk of heart disease and heart attacks. The study looked at children who grew up in a smoking household. I was such a child as where many of my friends.

I wonder how many parents in the 60s or 70s would read such a report and feel guilty of increasing the risk of serious harm to their children later in life by doing something that was a social norm at the time.

There was a scare that aspartame and similar artificial sweeteners can cause cancers. So many things can be shown, after the fact, to cause harm, only to then have new guidelines issued. So do we live in fear of potential harm we might cause?

Will reports in 20 years show mobile phones, WiFi or even excessive coffee in the under 16 as being increasing chances of some disease tumour or condition? As a parent, I accept the fact we all will die, I hope my children will live long and healthy lives. I want them to do that…live a life- not worry about the ‘ifs and maybes’. This means them taking risks but doing it with the understanding of the down sides, even unintended risks they might not know about.

Could bungee jumping cause a problem in your back 50 years on? No one knows, but do you not do something just in case it might cause problems. Reports talk of increasing risk ratios such as 1 in a million to 1 in 750 000, but still- it is a risk we take. As a parent, I do what I believe is right, hindsight may prove me wrong, but I don’t want to parent my children on ‘what ifs’. I want them to enjoy their life and live it.  Modern society may be protective, and not smoking in cars with kids is a good idea. When I was a child, people smoking was a social norm, as where many things that are now illegal or proven to be bad practice. But my parents did what was best and so do I. If I had the same knowledge in the future and still made the same decision, then it is the right one. If hindsight says I was wrong, then so be it. I control the things I can and don’t worry about those I can’t because they are the ones that cause the most stress. I hope regardless of outcomes, my children can learn and be proud of me.

So I would love my legacy to my children to be live life and don’t worry about the ‘what ifs’ too much, recognise the risks and make informed decisions. If you are wrong after the fact, does it matter?  As long as you did the right thing at the time.