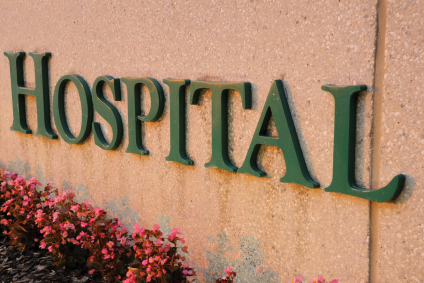 A short blog today as I am in hospital. I was admitted sat and had my appendix removed yesterday. So I get to go home later today but as a dad it creates lots of problems.

My boys are at their Grandparents at the moment but I was due to have them for three days but that can’t happen now. So their mum is collecting them.

Given that I am due two weeks contact from Saturday – everything is up in the air at the moment. I won’t be able to do anything strenuous for 3 weeks and can’t drive for 14 days.

So the dilemma is get well myself and once I am able to care for myself,  then sort out contact with my boys but that will involve the help and understanding of my ex wife. The problem is everyone gets protective of you (parents, friends etc) and sometimes that can get in the way of doing what is best for me.

As a dad what do I tell the boys ? I want them to be informed but don’t want to be a worry to them? I have a bad tummy and had to have an operation… It’s a standard keyhole op but takes a while to get over it … Hopefully I will be able to walk, so I can meet them within the week.

My girlfriend has been a rock and so helpful. I will recuperate at her place and hopefully it will mean I am near to my kids rather than being with parents at the other end of the country. My Girlfriend is great, as she will help but not pamper me (too much).  Her cuddles are very medicinal .. But only when my stomach can take pressure. If I am being honest she has been my main support over the past few days, as all this happened in the middle of moving house and a trip to Manchester – so we both are far from home.

We never plan or prepare for some things and I wish I had for this … Even if it was a brief conversation about if either parent were ill, who would step in and how it would be handled.Also what we tell our children and who tells them.  I was lucky that I spoken to my boys but my mistake was not talking to my ex-wife before my mother. I could put it down to the pain and drugs but also I didn’t want an ear full of how bad it made me letting kids down …. In retrospect I don’t think I would have got that … But if we had already had the conversation about sudden illness then I would not have had that fear.

Well the drugs trolley is here so more tramadol … And the staff at New Cross Hospital in Wolverhampton have been great..

Sorry if this is a weird blog update today but I hope you can see through the haze and think about what would you tell your kids?

Do you have a plan of attack ?…. Even if you are separated both patents need to be aware of the situation and the plan.

Till next time …. Let the drugs kick in and the wounds heal!